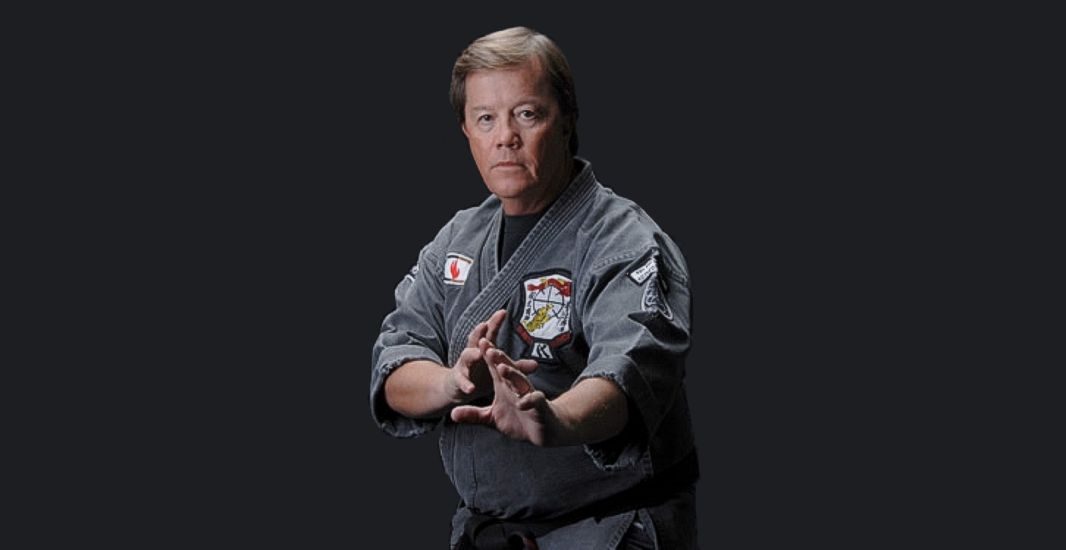 Mr. Paul Dye began his Kenpo career in the Fall of 1972 at the Dave Hebler’s Kenpo Karate Studio in Glendora, California, which is about 15 miles east of Mr. Parker’s historic Pasadena Studio. Mr. Dye was instructed by Mr. Jim Thompson who was a fourth degree black at that time. After 18 months of sheer determination and hard work, Mr. Dye obtained the rank of Black Belt from Grand Master Parker in 1974.

The role of instructor began very early in Mr. Dye’s career when, as an orange belt, he began teaching students of varying ranks. With a total of 36 years of teaching experience, Mr. Dye presently instructs at his home in Covina, California. His knowledge and communication skills enabled him to teach Kenpo to children and adults who were challenged by loss of sight, loss of hearing, or cerebral palsy.

Mr. Dye was fortunate to spend time with Mr. Parker at both the Pasadena Studio and the Santa Monica Studio, both in California. It was at the Pasadena Studio where Mr. Dye participated in the legendary “Friday Night Technique Line” for over 12 years and earned his reputation for his extreme intensity. The instruction Mr. Dye received from Mr. Parker was very special to him, and he keeps the memories alive by sharing his knowledge and talent with others.

Over 60 open Black Belt championships have been achieved by Mr. Dye during his competition career, and he has received many Black Belt International trophies. He has over 12 Black Belt Grand Champion titles to his credit which were obtained in only two and a half years of competition. It was Mr. Dye’s goal to promote the Self-Defense division in its infancy. After retiring from competition, Mr. Parker placed Mr. Dye as the center official for the Self-Defense division at all of the International Championships. Mr. Dye came out of retirement, however, at the 2001 tournament of Mr. Brian Hawkins. In January of 2002, Mr. Dye earned first place for Self-Defense at Mr. Frank Trejo’s Internationals in Pasadena, California. Mr. Dye is one of the few Kenpoists to have earned first place trophies in competitions that spanned four decades!

In addition to teaching at his home in Covina, Mr. Dye has been traveling extensively throughout the United States and Europe conducting seminars, lecturing, giving demonstrations, and providing personal training for other instructors in Kenpo. He was very honored to be a part of the 1997 European Kenpo Karate Championships in Ireland. By invitation from Mr. Edward Downey, Mr. Dye conducted seminars at Trinity College in Dublin. Seminars were also provided by Mr. Dye at Mr. Johansson’s Kenpo Karate Studio in Norrkoping, Sweden, where he appeared on the Swedish Sports television, and had articles written about him in two newspapers, the Norrkopings Tidningar and Folkbladet.

Upon request from Mr. Graham Leliott, Mr. Dye shared his expertise at the 1998 European Kenpo Karate Championships on the Island of Jersey. Once again he traveled to Sweden and then Ireland where he taught at five schools in five different cities, including Belfast, during his two week tour. Denmark was the location for the 1999 European Kenpo Karate Championships, and Mr. Dye was honored to be chosen again as one of the instructors. Mr. Gary Ellis organized the 2000 European Kenpo Karate Championships in Plymouth, England and Mr. Dye conducted seminars for this event as well. Mr. Dye was an instructor at the first seven of the A.K.K.S. camps which were held in Baltimore, Maryland and Las Vegas, Nevada. With Mr. John Sepulveda’s invitation, Mr. Dye taught at the Spirit Camps in Donnelly, Idaho in 1997, 1998, and 1999. Mr. Dye taught at the 2000 European Championships in Plymouth, England by invitation from Mr. Gary Ellis. In 2006, Mr. Dye was a guest instructor at the European IKC in the Netherlands sponsored by Mr. Hans Hesselmann.
Over the Memorial Holiday of 2007, Mr. Scott Montoya, a 6th degree Black Belt under Mr. Dye, was invited to the White House by President Bush. The invitation was due to Mr. Montoya being awarded the Navy Cross by the United States Marine Corps. Mr. Dye was chosen by Mr. Montoya to attend this special event, where they were to meet with the President, have breakfast at the White House, and attend the National Service at Arlington National Cemetery as special guests of the President.

With 36 years of teaching experience in Kenpo Karate, Mr. Dye has seen the system evolve to its present state. It is his desire to share his extensive knowledge of Kenpo with other generations so it is not forgotten and to demonstrate this evolution with the focus, athleticism and intensity that is his trademark.