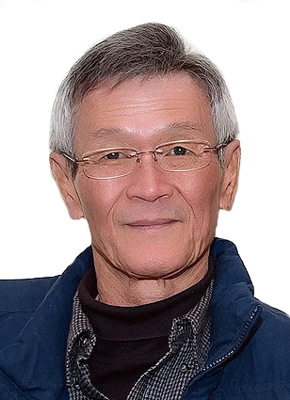 Born in Hong Kong in 1941, Paul Eng began studying Kungfu at age 6 and has been teaching it since 1960. He has studied a range of Kungfu systems, specializing in Seven Star Praying Mantis. He has taught in New York, in Vietnam, while serving in the US Army, and in California.

Master Eng was born in Hong Kong in 1941. Because of his poor health, he began Choy Lee Fut and Fut styles under Chin King Woon. When he moved to New York, at age nine, he continued training in Yang Tai Chi, Choi Gar and Fu Jow Pai directly with Wong Moon Toy. After Wong’s death, Paul inherited the instructorship of the Fu Jow Pai system. At that time Master Eng moved to San Jose and continued his studies under Wang jack Man. He served In Viet Nam between 1967-9 where he was awarded two purple hearts. He was the chief instructor the Red Catcher Combat Ranger training camp at Long Binh and military Police at Choloon. It was here that he expanded his martial skills into Praying Mantis with Chiu Chuk Kai. When he returned to the West Coast Paul Eng, Raymond Wong and Kam Yuen formed the Tai Mantis Kung Fu Association with schools in Palo Alto, San Jose and Belmont. When Wong and Yuan moved to L.A. Master Eng became the major representative of the style in Northern California.

Outside of his school he also taught in venues such as Tai Chi at the Kaiser Hospital Physical Therapy Department in Santa Clara. He authored six books excellent books, and produced a DVD on his version of Mantis Boxing.

In addition to teaching at his own school, Shifu Eng has led classes at schools, colleges, YMCA’s and community centers and has taught Tai Chi at the Kaiser Hospital Physical Therapy Department in Santa Clara. He has written four books, produced a DVD, and has plans to produce more in the series, in order to preserve and promote the techniques and applications of Praying Mantis Kung Fu.

Kung Fu Lineage
Shifu Eng has studied with the following Masters, and acknowledges his deep indebtedness to them and appreciation for their teaching: