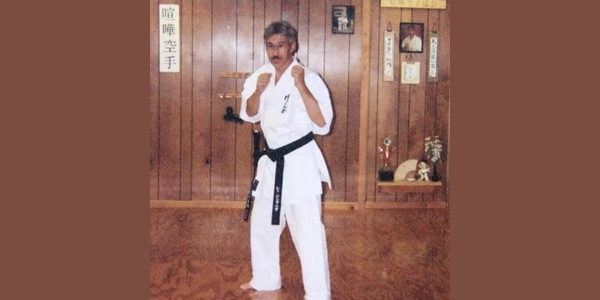 Mr. Ray Geraneo has been training in the martial arts for more then 35 years. He began training in Uechi-ryu Karate under George Mattson in 1964. He also trained with the late Kanei Uechi (Head of Uechi-ryu) and Kanei Uechi’s son Kanmei Uechi (the Head of Uechi-ryu). Along with these masters, he also trained with numerous other Uechi-ryu masters from Okinawa and America. He was a certified instructor and operated a Uechi-ryu school for many years. Mr. Ray Geraneo also trained with the late Hideyuki Ashihara the founder of Ashihara karate. He was a Branch Chief for Ashihara karate in America along with Joko Ninomiya, (know head of Enshin karate and the Sabaki Challenge). Mr. Ray Geraneo also crosstrained in boxing and jujutsu. He was a fencer (foil) and fenced at the Boston Fencing Club. He also holds numerous martial arts titles, such as the International Uechi-ryu Karate Championships (Grand Champion 1974) and was a bare-knuckle fighter. Mr. Ray Geraneo is also an inducted member in The World Head of Family Sokeship Council and is in their Hall of Fame.

Ray Geraneo was also a law enforcement officer and a defensive tactics instructor. He is a member of A.S.L.E.T. (The American Society of Law Enforcement Trainers). The martial arts are Mr. Ray Geraneo’s love and his life. He is truly a humble and generous man. Also, he has been featured in Black Belt, M.A. Training , Karate/Kung-fu Illustrated and numerous other magazines. Mr. Geraneo founded Kenka Karate to promote a truly effective system of self-protection.