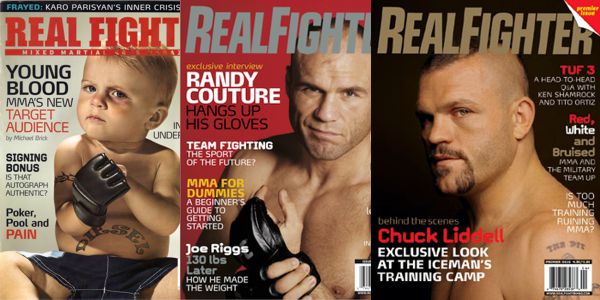 Real Fighter was a magazine for real fans of Mixed Martial Arts (MMA), the sport featured in the red-hot phenomenon The Ultimate Fighting Championship (as seen on PPV, SpikeTV and Fox Sports West) as well as Pride FC (PPV, Fox Sports Network), K-1 (PPV, ESPN) and more. Set to become the Sports Illustrated for a new breed of athletes and fans, Real Fighter will introduce you to fascinating characters playing out their stories on the most dramatic stage in the world.

This magazine is no longer published.

Robyn Silverman - August 31, 2011
We use cookies to ensure that we give you the best experience on our website. If you continue to use this site we will assume that you are happy with it.OkRead more