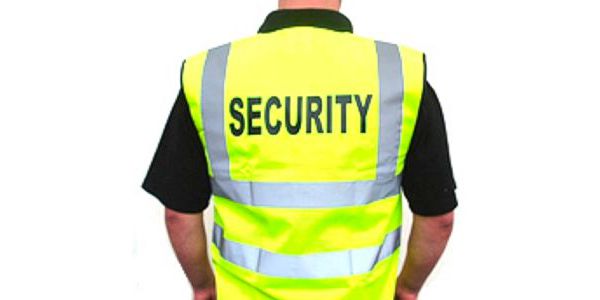 When is it alright for a martial artist to dispense with restraint in real life confrontations? A tough question with no easy answer. Indeed the answer will vary from one situation to the next depending on many variable factors, including who the people involved are. This question came back to my mind last night in my work as a security officer at a shopping center here in Tucson, Arizona, when a previously trespassed panhandler returned to the property and took a poke at me as I escorted him off the property.

This individual is an aggressive panhandler who, historically, on this same property, has actually assaulted several people, most of them before I started working this site. Knowing this, I knew what to expect last night. Soon after I removed him from the store he had entered and was intimidating a small, elderly female clerk, he threw a backhanded strike at my Mas Oyama like mid-section. I actually WANTED him to make contact, so I merely expelled air as the weak blow landed and then promptly ran the always half-crazy acting man from the site. As I did so I also dialed 9-1-1 and summoned city police to the scene, knowing from previous experience that this man is well-known to local authorities, and being on foot, pushing a grocery cart piled with his belongings would be unable to go far or to easily hide.

Why did I not strike the man back? No witnesses to his first strike—remember we were outside the store and I could not be certain under the circumstances that the clerk was still watching. No one else was around as the hour was late. And, if I injured him—even unintentionally, a lawsuit could ensue. And the blow did me no damage. It was meant to intimidate. When I responded by moving towards the man and loudly directing him off the site , I quickly had reversed the intimidation factor. Finally, had the man suffered, or even feigned injury, the local papers might have had a field day with the story; “Local Security Guard, a Martial Artist, Injures Homeless Man in Scuffle”. Great.

I WANTED to hit the man back. Easily could have. But, despite the provocation, had no NEED to do so. WANT is not NEED. And, in one word I believe that is the answer to the question I began this brief essay with. Need. Only when force is needed is it alright for us as martial artists, to dispense with restraint. By the way, local police soon responded and went off looking for the man in question. And because he actually touched me during our encounter, the charges against him will include assault. And help insure that, this time, the law will deal with him a little more seriously than for a simple trespassing. Which is exactly what I wanted and meets the needs of my work perfectly.

How Could the Holy Secrets of Handgunning Be Known By a...