In this series of lessons, we want to explore several advanced principles of soft blocking. The hard approach to blocking is designed to use the block as a weapon. If it is to be successful some conditioning or toughening of the blocking surface is necessary. The hard blocks are basically bone against bone and can sometimes be as hard on the defender as the attacker. This principle depends on directing force into the striking weapon of the opponent and away from the defender’s block to maximize the effect on his attacker and minimize the effect on the defender. There is science involved in these techniques and they work to a greater or lesser degree according to the skill level and ability of the practitioner.

The softer approach to blocking is more circular and is used to redirect the opponent’s attack into a disadvantageous position and sometimes even lead the opponent into the defender’s attack. Ideally, these blocks, which in actuality aren’t blocks in the strict sense but redirections, are accomplished from the outside, placing the attacker in a vulnerable position where it is difficult if not impossible for him to defend or attack.

Circular blocks are ideal for the joint manipulation techniques of Aikijitsu, Hapkido and Chin Na. They also work well with traps that position the opponent for a strike, kick or joint destruction technique. That being said, let’s get away from the why and examine the how.

In training for the kind of sensitivity and spontaneous reaction that make these defenses possible we often use partner drills. One such drill will start with two martial artists facing one another at about one and a quarter to one and a half arm lengths away. This is the average distance that facilitates hand techniques, requiring a minor entry to accomplish an attack. The two students will make contacts with, say, their right arms touching at the wrists. They will then begin circling the arms in a clockwise circle that covers the judan (upper) region and the chudan (middle) region. This motion will allow blocks to the entire front of the body. One or the other of the students will facilitate the circling motion while the other student will stick to his partner’s wrist, moving softly, without any resistance.

Initially, this is a static motion done in place, but as the students get the feel for the exercise they will practice it in a circling motion. They can also experiment with forward and backwards motion while continuing the circle, or even side to side motion. 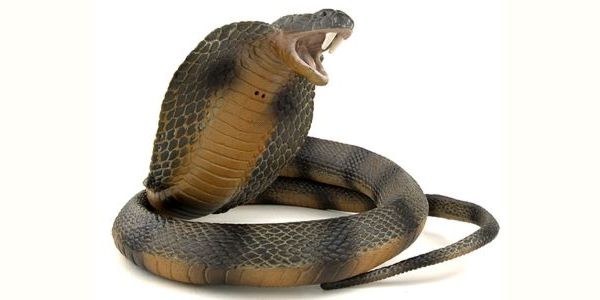 This exercise will build such sensitivity to the opponent’s movement that blocks become almost second nature. Now let’s see how this block translates into an actual defense.

The defender stands facing the attacker a step outside of his reach. This requires the attacker to take a step forward to implement an attack. Let’s say that the attacker is throwing a strait right punch to the opponent’s nose. Instead of stepping back to absorb the initial momentum of the attack, the defender steps laterally with a forty degree angle step to his attacker’s right.

This places him outside of the attack. With his lateral step the defender implements the circular block against his opponent’s wrist in a tensho (crane wing) block. This is essentially what the circular motion amounts to. The wrist of the attacker is grabbed in a natural motion and the defender turns at the waist facing the attacker’s right side. From here, he can attack the opponent from a relatively safe position using strikes to the opponent’s head, side, kidney or liver region with the left hand. At any time during his attack, the defender can do a left trap of the attacker’s right hand and attack with his right hand. The opponent can also be attacked to the midsection or legs wit h roundhouse kicks or to the side with front and side kicks. Also, the elbow can be destroyed by a palm heel strike to the back of the attacker’s elbow while snapping the wrist back. The front and back of the knees can also be attacked with mikazukis (Side cutting kicks) or with stomping kicks.

The opponent is controlled by the grab. Pulling him slightly forward, in the direction of his initial attack will keep him off balance and unable to retaliate with kicking techniques.

In analyzing this defense, we see that in using the (Mawashi uke) round house block with the lateral lateral step and the crane wing grab, he has put the opponent in a position where his only practical weapon is his left hand. By placing yourself on the right outside of his attack you are out of its effective area. Also you have control of his blocking arm and can pretty much attack with impunity.

Of course, successfully implementing this advanced type of technique will require some practice but you can invent other drills from the circling drills that will build your reaction time. This technique uses sabaki (Superior positioning) as your primary defense. With these techniques it is possible to defend against an opponant’s attack without exposing yourself to harm from his natural weapons while enabling you to subdue him. Of course, it goes without saying that you will practice this technique from both sides.

In later lessons, I will explore the softer approach to blocking as we look at other types of soft blocks and defenses. Meanwhile, my Brethren, students and fellow practitioners, train hard and go with God.

Phil Ross - November 2, 2018
We use cookies to ensure that we give you the best experience on our website. If you continue to use this site we will assume that you are happy with it.OkRead more