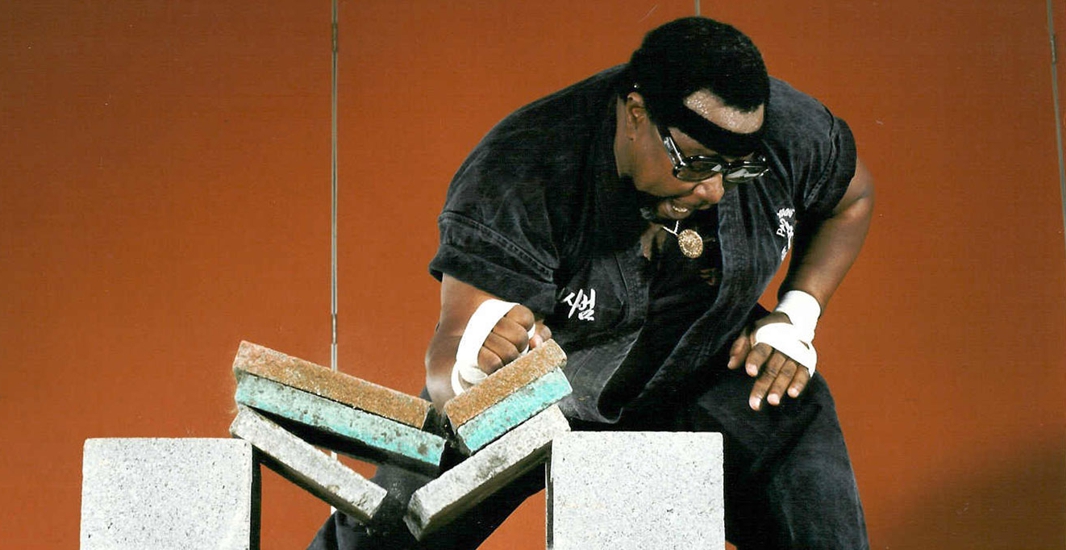 I fought for every big man and for anybody that wore glasses…It ain’t about the outside, it’s the inside…I hope the last thing I’m doing on this earth is…going forward. I want to be throwing a kick or a punch, going forward. That’s me.
Robb Hogan, Michigan Karate Hall of Fame, 1992

A 10th Degree Black-Belt, Grandmaster Instructor with over 40 years of service in the Martial Arts, Robb Hogan, known as Robb Dragon Hogan, recognized the need for discipline and self-defense at an early age. He grew up in Detroit, Michigan where he attended Northwestern High School and from 1962-67, served as a Flight Medic, Medical Flight Instructor and Medical Flight Examiner for the U. S. Air Force. Hogan began his training in Korean karate at Scott Air Force Base in 1966 under Sgt. Elton Cardigan of the Air Police. During those nine months under Cardigan, Master Hogan received his green belt in Chun Do Kwan, Tae Soo Do.

After his tour in the Air Force, Robb Hogan resumed his training in Detroit under Joe Jenkins, a specialist in Judo and self-defense. Jenkins instilled in Hogan the basic philosophy of the martial arts, including the code of conduct and the basic principles of fighting, such as the importance of attitude, integrity, elocution and deportment. While competing in a non-contact tournament in Michigan, Master Hogan met Everett Eddy and Johnny Lee. Both future karate champions encouraged Hogan to join them in training at the Karate Institute under Grand Master David J. Praim. 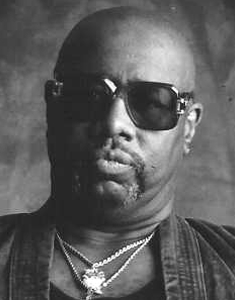 Robb Hogan apprenticed to be a Master Instructor under Grand Master Praim in the traditional, old-school method which emphasized discipline, presence, and attitude. A pioneer in the martial arts in America, Praim was unsurpassed in Michigan. He trained and coached several championship karate teams including the Detroit All Stars Professional Karate Team, of which Hogan was a member. Hogan also participated in the Karate Institute’s Fighting and Demonstration Teams and served as Medical Coordinator at Midwest karate tournaments. Master Robb Hogan was rated in the top 10 in Michigan by professional karate magazines and he was consistently listed with honorable mention in the Midwest region. In 1979, he was selected one of the “super fighters” of the year in Detroit. As a vital member of the Karate Institute system, Hogan assisted in opening martial arts schools and staged demonstrations for civic groups. It was at this time that Hogan began to teach karate in 4-H programs to inner-city youth and cultivated his skill to teach self-defense to the general public.

Consequently, Master Robb Hogan developed his own style of karate; a style that challenges students to learn a traditional, street-oriented approach, emphasizing personal awareness and self-defense. In 1980, Hogan attained the title of “Master” under Grand Master Jae Joon Kim. After becoming a Master, he took the name “Dragon” because the name dealt with his art. Master Robb Hogan reached the ultimate honor of his career on May 23, 1992, when he was inducted into the Michigan Karate Hall of Fame.

In 1984, Master Robb Hogan was blessed to be with his childhood friend, Otis Williams, of the legendary Motown singing group, The Temptations, for whom he worked as a bodyguard and later head of security. During his 18-year tenure with The Temptations’ organization, Hogan also coordinated security with The Four Tops, The Spinners, The O’Jays, The Commodores and Gladys Knight. He accepted personal bodyguard assignments, one in particular to actor Billy Dee Williams. He worked alongside world-class fighters John Bell and Howard “Butch” Jackson, and organized security for The Temptations at concerts throughout the U.S. and around the world and for their appearances in important venues such as The White House and for events like the XXXII Super Bowl Halftime Spectacular in San Diego, The Orange Bowl, the Detroit Thanksgiving Day Parade and the opening of Disneyland Paris. In addition, Hogan supervised security for The Temptations’ television appearances on ABC’s Good Morning America, The Today Show, The Johnny Carson Show, Jay Leno, Dick Clark’s New Year’s Rockin’ Eve and numerous others.

Presently, Master Robb Hogan is back at home in Detroit where he teaches karate on Tuesday and Thursday evenings at the Oak Park Community Center in Oak Park, Michigan. Through his school, Dragon’s Eight, Hogan has produced over 60 Black Belts. He continues to motivate his students to develop confidence, discipline, and a strong self-image, while improving agility, strength and flexibility.