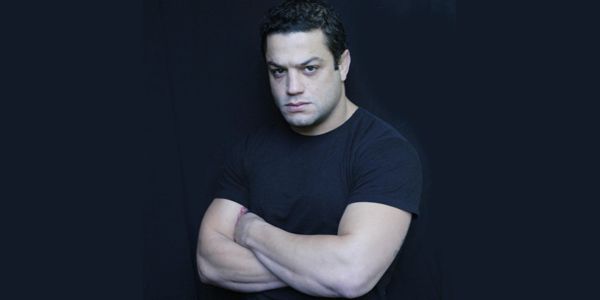 Ryan Gracie, (pronounced Hyan) was born on August 14, 1974 and passed away on December 15, 2007. He was a Brazilian mixed martial arts fighter with a black belt in Brazilian Jiu-Jitsu. He was a member of the Gracie family, and the grandson of Carlos Gracie, one of the founders of Brazilian Jiu-Jitsu. The PRIDE organization billed Ryan as the “bad boy” of the family who reputedly gained experience fighting in the streets of Brazil.

Ryan trained with his brother Renzo Gracie, who often served as his cornerman. He has also trained with Pancrase fighter Gabriel Vella and jiu-jitsu world champion Fabio Leopoldo while in Brazil.

Gracie had seven fights in the PRIDE organization, with his first at PRIDE 10 in 2000 and his most recent at PRIDE Shockwave 2004. In interviews in 2004, Gracie expressed a strong interest in fighting Kazushi Sakuraba and Hidehiko Yoshida. Sakuraba, known as the “Gracie Hunter” for his many victories over the Gracie family, earlier defeated Ryan with a decision win in 2000.

In October 2005, Gracie suffered an accidental gunshot wound to the leg while reaching into a closet in his sister’s house in Rio de Janeiro, according to a report by GracieMag.com. He was hospitalized and returned to stable condition after receiving a blood transfusion.

Ryan was arrested twice due to his aggressive behavior. In 2000, he was arrested for stabbing someone at a Rio de Janeiro nightclub. On 15 December 2007 at approximately 1:30pm, he was arrested for stealing and attempting to steal a number of vehicles as well as for attacking the three vehicle owners. The attacks included injuring a 76-year-old man with a knife, and threatening to kill another. At approximately 7:00am he was found dead in his prison cell apparently due to the effect of a combination of illegal and legally prescribed drugs. He tested positive for marijuana, cocaine, and an unknown anti-anxiety drug. The psychiatrist who was treating him prescribed six different drugs and will be investigated by medical authorities for malpractice. The Gracie family has also stated that they will sue the doctor and the State, as Ryan was in police custody.