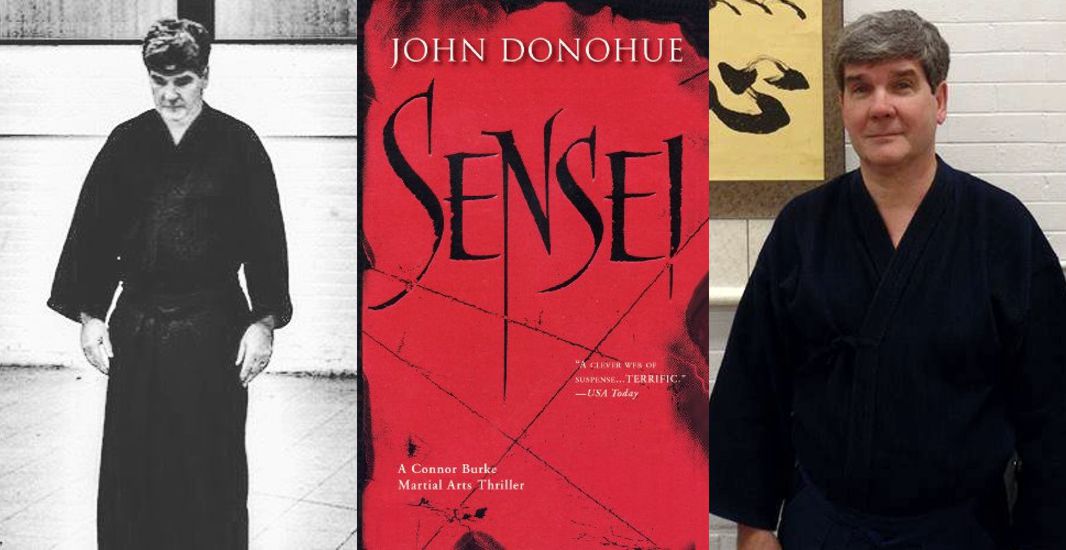 In John Donohue’s novel, Sensei: A Connor Burke Martial Arts Thriller, we find that in every case, the modus operandi is the same, and the only clue available is a cryptic message scrawled on the wall bearing the signature “Ronin” – the Japanese name for a masterless samurai.

Connor Burke, a part-time college teacher with a passion for the martial arts, is called in to help out with the investigation by his brother, an NYPD detective. With the help of his teacher, the master warrior Yamashita Sensei, Burke begins to follow the trail of clues that stretches across time and place, ultimately confronting his own fears, his sense of honor, and the ruthless killer who calls himself “Ronin”.

Combining the exotic world of the Japanese martial arts with the gritty nuts-and-bolts aspects of a murder investigation, Sensei is a fast-paced, riveting thriller that explores the links between people as they struggle for mastery, identity, and a sense of belonging.
Biography 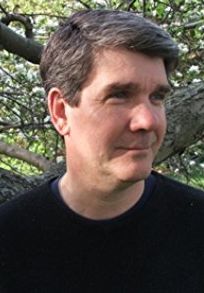 John Donohue is a novelist with a degree in anthropology who has also been banging around martial arts dojo for more than 30 years. He’s an expert on the study of the martial arts.

John is the author of five novels in the Burke/Yamashita thriller series: Sensei, Deshi, Tengu, Kage and Enzan. They’ve been praised for their gritty and realistic portrayal of the elite martial arts world. He has also published two additional thrillers: The Qi Eaters and Wave Man. Among his other works are Herding the Ox, Complete Kendo, The Overlook Martial Arts Reader, Volume 2.

Fusing the way of the pen and the way of the sword, while writing John has trained in the martial disciplines of aikido, iaido, judo, karatedo, kendo, and taiji. He has dan (black belt) ranks in both karatedo and kendo. 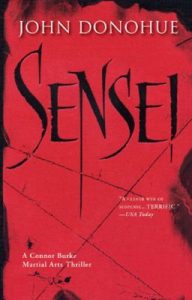 In fiction, the portrayal of the martial arts and those that study them tends to be have a certain sci-fi plausibility. It’s mildly plausible, if you take one tangental scientific fact or theory and mix it with a series of extrapolated possibilities – each one wilder than the next – and believe in a working tractor beam or time travel or a self-aware, intelligent viral computer. Likewise, it’s sort of plausible to believe in a martial artist with mystical or near-superhuman powers if you look at the heightened powers of balance, focused power, or concentration that many martial artists develop at the height of their skills – then make a series of fantastical interpolations.

There’s nothing wrong with fiction like this; it’s a fun, fast read. It’s like popcorn or cotton candy – great in limited amounts.

In “Sensei,” you still have to suspend your sense of disbelief – it’s a mystery thriller, after all – but unlike with other novels that feature martial artists such as those that comprise the “Ninja” series by Eric von Lustbader or the “Matador” series by Steve Perry, you feel a little less silly explaining the plot to your friends. I’d never heard of author John Donohue before, but even with a brief skim of the first chapter, there was no doubt in my mind that Donohue is a real, hard-core, serious student of the arts. It turns out that Donohue has more than 25 years in the Japanese arts, such as judo, karatedo, iaido, and aikido, and is an editor of the scholarly Journal of Asian Martial Arts.

The protagonist of “Sensei” is Connor Burke, an East Asian studies professor, the senior student of a reclusive master from Japan, and brother to an NYPD detective. The gist of the plot involves the killings of three well-known sensei in formal challenge matches by someone calling himself a “ronin” – a term for a masterless samurai in feudal Japan. Burke’s involvement in the story stems from his close relationships with his brother and his sensei and his immersion in both of their worlds. The plot reads rather well, and the characters have enough depth – although just barely – to be interesting and to make us care about them. The one exception to this is that of the villain, whose possible motives are discussed, but demonstrates a bit of a comic-book villain’s mindset at the concluding climactic fight scene. It is a bit of a letdown to discover at the end of the book that the dangerous killer that scares everyone so badly plagiarized his master plan from a cliche-ridden melodramatic dime-store novel.

But when it comes to the portrayal of the world of modern martial arts in the United States, Donohue paints a very believable multi-faceted picture of this specialized microcosm.

The people that populate this small world are easily recognizable to long-time martial-arts students. If you train long enough, you’ll eventually meet people just like the ones Burke finds himself coming into contact with.

There’s Yamashita, the true master whose reputation among those in the know is such that he doesn’t need to advertise for students and can still afford to be extremely selective of who he teaches. Yamashita is wise, calm, mercurial, proud, cruel, kind, humorous, and all too human, despite the authentic Zen-like aura he projects.

Then there is the arrogant Mitchell Reilly, a behemoth of a man who has made a name for himself through halfway decent technique and a bully’s mindset and behavior. Bullies are common in the martial-arts world.

Burke’s fellow students behave typically as well. Despite their advanced skill levels, they ignore the contradiction between the egoless state that they are supposedly trying to achieve and the ego-driven competitive spirit that makes them all strive to outperform their peers and show up their seniors; yet, they all share a sense of camraderie when Yamashita is drilling them into exhaustion. A former competitor of Burke’s makes an appearance as well; his toughness and eagerness to fight put a damper on his true potential. And the character of Bobby Kay is alas, not as much of a caricature as one would hope. Kay is a completely commercialized slickster with mediocre martial-arts skills, but he holds a grandmaster ranking in the art of promoting himself and making a quick, sleazy buck.

In the end, Donohue’s “Sensei” proved to be a very fast read – I finished it in one evening. For most readers, it’s merely a competently written murder mystery, but for the true martial arts junkie, it’s a pure delight to go through and visit with so many seemingly familiar faces.
More Books by John J. Donohue

USAdojo - August 13, 2001
We use cookies to ensure that we give you the best experience on our website. If you continue to use this site we will assume that you are happy with it.OkRead more