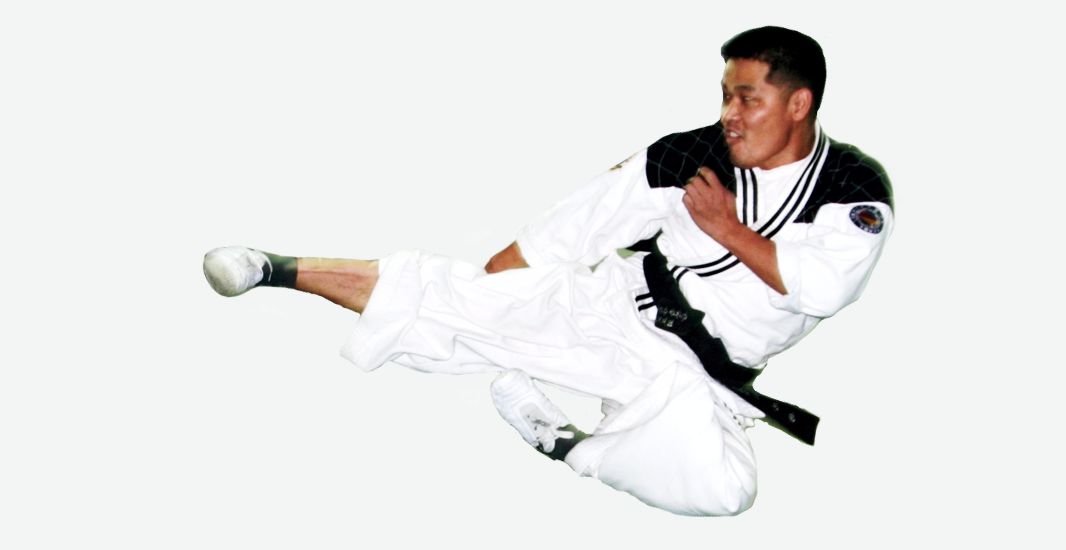 Grand Master Dong Kyun Kim is a R.O.K. Army Commando who has studied Hapkido all of his life. As a Commando he has also studied TukongMuSool. A military form of Hapkido that is also gaining popularity worldwide.

Before becoming the President of the Korean Hapkido Federation, Grand Master Dong Kyun Kim was recognized as the world’s leading expert on ancient Korean military arts weapons. A master of 16 ancient Korean weapons, Grand Master Kim also serves as the Vice President of the World Sword Arts Federation. He has encouraged Hapkido instructors to include many of these weapons in their systems to preserve these ancient fighting skills.

One of the goals of the Korean Hapkido Federation is to demonstrate the beauty of Hapkido around the globe. One way they have accomplished this is by encouraging the establishment of National Demonstration Teams. The Korean Hapkido Federation will be hosting the World Demonstration Team Championship in KwangJu, Korea. (Visit www.hapkido.militaryarts.kr for complete details). Martial Arts teams of all styles from around the world will be gathering in KwangJu to demonstrate the beauty of thier arts.

Grand Master Dong Kyun Kim has decided to make himself as accessible as possible for training events to personally oversea the progression of raising the standards of Hapkido in all countries. He has been appointing national representatives in as many countries as possible. Grand Master Kim appoints natives of that country whenever possible. “Hapkido can only grow if foreign masters are given the same training and support as Korean masters.” said Grand Master Kim. He went on to say: “Many of the Hapkido organizations were Korean based and did not teach the same level of Hapkido outside of Korea. Offering advanced certifications to non-Korean masters only as a way of generating income for the headquarters. We have put a stop to such promotion practices. ALL members of the Korean Hapkido Federation are given the same level of training no matter where they live in the world. We welcome everyone to join.”