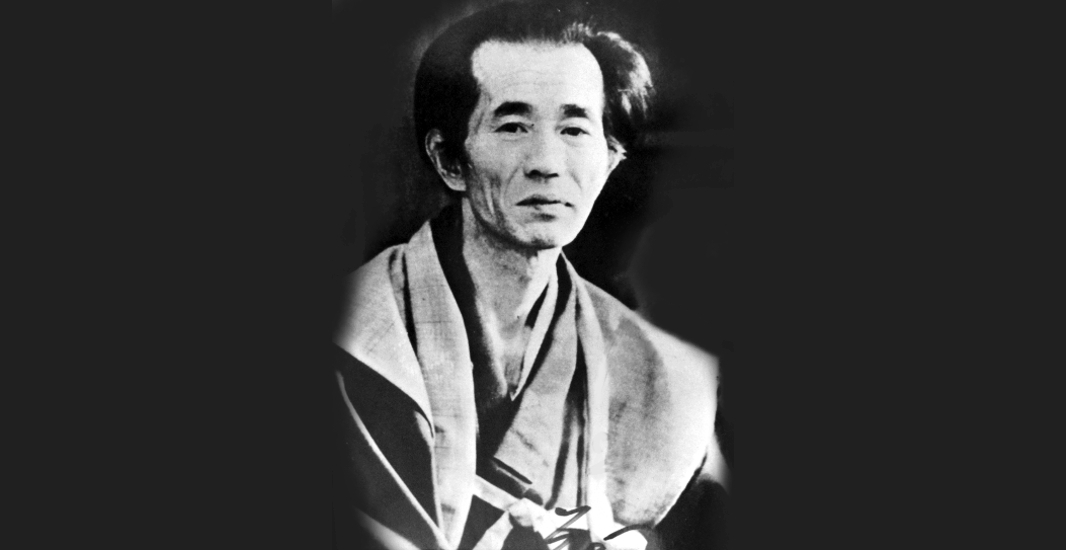 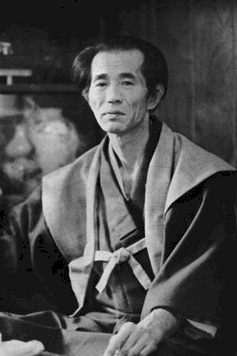 Shigeru Egami was born in the Fukuoka Prefecture in 1912. He was one of Gichin Funakoshi Sensei’s earliest students, but more than this, he was one of his most faithful and correct followers. This was surely the reason why O-sensei left his organization, Shotokai, in his capable hands. Egami met Master Funakoshi when he was 18 years old, the moment he began studying at the famous Waseda University, there he helped to establish its Karate Do Club. Before that occasion he had already practiced Judo, Kendo and Aikido. He followed his Master together with Yoshitaka Funakoshi and Takeshi Shimoda all around Japan staging exhibitions, trying to expand the knowledge of Karate-do as a Japanese martial art.

He was elected Member of the Evaluation Committee by Gichin Funakoshi, the youngest instructor to receive that honor. He taught Karate-Do at the Gakushuin, Toho and Chuo Universities. 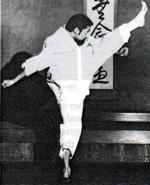 After Master Funakoshi’s death in 1957, Shigeru Egami began his mission trying to change Karate’s ill reputation as a “deadly martial art”, something O-sensei tried to do all his life. His idea was to clearly state that Karate-do is a fight against yourself, with self-sacrifice, thus the philosophical and didactic aspects of the art could be used and complement all other life activities. The essential concept was self-fulfillment, above the fighting abilities. (Even so, one must not think Master Egami was a lousy technician nor a low level budoka, quite the contrary). As a direct consequence of this concept, Shigeru Egami sensei eliminated many concepts about victory in combat, replacing them with the search of physical harmony and an equilibrium of the human being through the practice of Karate-do.

When you analyse the Karate-do that Egami developed through his years of studies, the mechanics of some techniques varied, the striking zone, the movements, etc. In broad strokes, the method became more fluid, more continuous. A strong emphasis on relaxation and the development of a perfect kime, focusing all the energy on one point. Shigeru Egami also stressed the idea of a single strike and therefore eliminated, through profound studies, all techniques that could be considered inefficient or doubtful, using the criteria that any technique should be in harmony with the nature of human beings (should be natural).

Master Egami never compromised on one essential aspect of Karate-do and that was to avoid all aspects of sports oriented combat and Karate. He considered that competitions modified the training and spirit of Karate-do too much and he emphasized that this would be perfectly clear once you had the insight that Karate-do is much more than winning combats.

Though it is clear that the technique showed quite a bit of evolution, something that was constant and that survived with Egami, were the spiritual and formative aspects of the art, he followed on the path laid down by his Master, revitalizing it and perpetuating the DO (way). The greatest legacies of Egami are precisely these: avoiding commercializing, diluting and destroying Karate with sports competitions and emphasizing the profound studies he did on the internal and philosophical aspects of the art.

In his later years, many sicknesses haunted Master Egami. A cerebral embolia had him three months without eating solid food, this put a test on his strength, he came to weigh only 37 kilograms.

January 8, 1981, pneumonia ended the life of this great Master Shigeru Egami. Based on historical information, it can be concluded that his premature death was, at least partially, a result of his strong and uncompromising training, something that left clear marks on him from his youth. Shigeru Egami sacrificed much of his health and well-being to obtain a universal truth, a legacy that today many people around the world benefit from, following and respecting the lines drawn out by him.