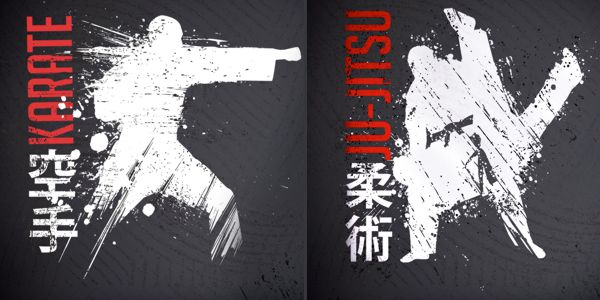 Are you a good “ground fighter”? Maybe you prefer a stand-up style of self-defense or martial arts? In a self-defense situation (not a competition), would you try to take the fight to the ground (grappling/wrestling), or would do your best to stay on your feet (stand-up/striking)?

Many styles do focus on one or the other of these two options. Some are more stand-up/striking “oriented” like Kung Fu, Karate, Taekwondo, and Boxing/Kick-Boxing. These rely mainly upon punches, kicks, elbow/knee and other strikes, along with some standing grabs, pins, and even throws. Others like Brazilian Jiu-jitsu and Judo “focus” on taking the fight to the ground and winning the fight via various grappling techniques. Of course, many schools incorporate both types of fighting into their curriculum. There is a reason for the use of “focus” and “oriented”.

The question is not about whether you want your opponent on the ground or not. Almost all styles incorporate some extent of throws for a reason. Throwing or knocking your enemy to the ground in some fashion is almost always a good move. (All real life fights will probably end with the loser on the ground).

However, the question here is whether you should want to follow them to the ground or remain on your feet.

More flexibility: Not taking a fight to the ground allows for greater fighting options, overall. A wider range of tactics and techniques remain on the table while the fighter remains on his/her feet. While standing, one can poke the eyes, strike with the fists or palms, throw a variety of kicks, and use different throws, etc. The combinations/possibilities are virtually unlimited for the “standup” fighter… Grappling may actually have more techniques in terms of pure quantity (if one were to list them all), but there is more variety of techniques with stand-up fighting.

Less possible harm from objects on the ground/the terrain itself: Any martial arts/fight training will almost always take place on some kind of training mat or at least on a clean and smooth “fighting ground.” How often have you trained or fought on pavement, gravel, or in a wooded/grassy area? One cannot know what the “arena” may be for an unknown real life encounter. Sharp objects like glass, rocks, gravel, tools, and an endless number of other things could prove to be a serious danger to someone “rolling around” on the ground during a fight.

More situational awareness: A stand-up focused approach to fighting allows one to keep good situational awareness. Being aware of one’s surroundings is always important, in any given situation in life, but that is especially true during a self-defense event. For example, it is far easier to quickly notice a drawn weapon while standing up on your feet. If you go to the ground, it may provide an easy opportunity for others to join the fight…on the other side. For instance, you may be on the ground and even in full guard, but that will leave your back and the back of your head exposed as an easy target. One can always be attacked by multiple opponents (regardless of posture), but one will usually fare better in such an occasion while standing – running is often the best option here anyway.

More distance when needed: With proper training, one can keep the fight at a longer range with powerful kicks, and an unskilled opponent may not know how to respond to skilled kicks. Sure, throwing kicks alone is an easy way to lose a fight, but properly set up and executed kicks can be quite effective. If one can keep the other person at a decent distance, then one is far less likely to be injured in the fight. Remaining in a standing position also allows one more time to react to attacks and the use of weapons. Again, greater distance can limit the likelihood of injury or at least severe injury. For an example, consider the way Jon Jones (UFC fighter with wrestling background) plainly demonstrates the way one can keep someone (even a grappler) “at bay” and utilize fast and skilled kicks to win the day.

Fleeing easier and safer: The best way to end a fight is often to run in the opposite direction from the fight/fighter. Unless there are special circumstances (like defending another person), there is nothing cowardly about stepping (or running) away from a heated encounter. A short fight is ideal, so being able to quickly evade is important. Facing multiple attackers or the opponent possessing a weapon are two times when running is likely a really great choice.

Simple thought: As human beings, our Creator designed us to be upright and mobile. We do have two legs and cover ground rapidly and smoothly while upright.

Distance allows for more powerful strikes: Strikes are some of the most powerful actions in a fight (maybe the most powerful/damaging), and they require a certain amount of distance to be very effective. Yes, going to the ground in order to “ground and pound” can be effective, but the power of punches, kicks, etc. is greatly limited by the position/nature of ground fighting. In a real fight, where your life is in danger, the lethal strikes available to a stand-up fighter are of great benefit. One can meet an oncoming lethal force with strikes to areas like the eyes, the throat, the groin, and the back of the head/neck. Bringing the “bad guy” to a submission on the ground may not be adequate to stop the threat.

Less chance for transference of disease/sickness: It is not unreasonable to consider the possibility of an attacker having some kind of transferable disease or illness. Such a disease is more likely to be transferred while grappling on the ground than while keeping on your feet. With this concern in mind, the less close contact one can have with an enemy fighter on the street, the better.

Bottom line: With all of that expressed above, I think you need to at least have a good working knowledge of ground techniques and defense just in case you find yourself on the ground and out of your element. One at least needs to have some knowledge/abiltiy to help you get back to your feet again.

Bakari Akil II (Ph.D), who is an Assistant Professor of Communication at Middle Georgia College and a no-gi Brazilian Jiu Jitsu martial artist, conducted a study to find out what percentage of fights go to the ground. He viewed hours of CCTV footage examining a variety of street fights looking for patterns in the violence. In summary the study discovered the following:

42% of fights ended up with both people on the ground while 72% ended with at least one person on the ground. Where at least one person was grounded 57% went down due to a throw or a takedown, 7% were pushed, 35% from being punched and 1% were downed from a kick. The person who hit the ground first lost the fight 57% of the time, while 33% were a draw (no discernable winner) and 8% went on to win the fight. These figures were reversed for those who hit the ground second or stayed standing.

See also: Do Most Fights Go to the Ground? (Research I conducted)

See also: Going to the Ground: Lessons from Law Enforcement

Special advantage over a better striker (with little to no ground training/training to defend against takedowns): Regardless of training/skill, it is easier to pull someone down to the ground with you than it is to remain on your feet while someone is trying to take you down with them. There is an inherent advantage here to the grappler – gravity is the ground fighter’s friend in this scenario. Your opponent may be a better striker, but if they are not effectively trained in stopping a takedown, then the advantage is yours.

Weight or strength advantage can be lessened: If one is weaker or smaller than their opponent, then taking the fight to the ground can help to reduce those differences – especially if the more powerful party is less skilled/experienced in the ground game. For example, a female may stand a greater change of victory over a male, if she takes him to the ground. Overall, leverage is more significant in a ground fight than muscle strength or body size. Of course, muscle and size can also be a detriment to an effective stand up game – due to the reduction of precision, mobility, and speed.

Additional consideration: Most assailants will only attack someone of smaller size or who at least appears to be weaker (less muscle mass) – so this one is worthy of extra thought.

Full contact training: One can grapple at a full contact level with very little chance of any injury. When it comes to stand-up fighting, sparring can be done, but in doing so is either dangerous or does not compare well with a “real life” fight. The level of training and amount/quality of fight experience one can gain is a very important factor to this question of preferred fighting posture.

Possible easier weapon access and deployment: It is often easier to bring a weapon (firearm, knife, keys, etc.) into a fight, if you and your enemy are on the ground. While on the ground, one can easily free up a hand/arm and gain protected access to waistline, pocket, etc. One can effectively use a weapon to inflict harm while in a ground position before the opponent is even aware of its deployment. However, this one, like some of the others, is also a con – from the other perspective.

Can be easier to defend against weapon: It can be easier to defend against an attack with a weapon while on the ground with your opponent. For example, one might use a foot to pin a weapon filled hand to the ground, while using the rest of the body to inflict harm/bring a submission against the attacker. It is important to keep in mind that most attackers will use a tool of some sort in their assault.

Injured or disabled: If one is disabled or elderly, then they may well be less limited physically when fighting on the ground. The stand-up fighting advantage of being able to run may not apply here. While the use of the legs and feet is important in grappling, using the upper body is the essential. One may not be able to stand well or kick well with an injury to the lower body, but such may not an issue on the ground (at least not as much as one). JJ Mackado does not have fingers on his left hand, but he is a world champion ground fighter. Also consider Kyle Maynard, who was born with major disabilities, and yet he is quite an effective wrestler.

“Lucky punch” avoided: The odds of the assailant getting a “lucky punch” in are greatly reduced if you’re both on the ground. Even the most effective stand up fighters are not perfect, and it is possible for a less skilled fighter to get a powerful blow past their guard. The lack of distance in ground fighting means less power to those lucky attacks. Needed for non-injurying defense: If it is a situation where you do not want to seriously injure the other person, then taking them to the ground and going for a submission will probably be a great route.

Wing Tsun: The Tao of the Action