In my fifty five plus years of studying, researching and teaching the martial arts I have had only a few personal, closed door students. In years past in Japan and Okinawa an uchi deshi was a live-in student. Since it’s hard to find a wife who will allow you to move a private student into the home and few dojo(s) have the amenities to second as an apartment for a personal student the term has taken on a different meaning. The ushi deshi is the chosen student(s) that a master chooses to pour the essence of his accumulative knowledge and wisdom into. While my wisdom has often been in doubt my knowledge has seldom been questioned. For many years of my life I ate slept and dreamed martial arts. I was one of the nineteen sixties proponents of the ‘karate is my life’ philosophy. Fortunately I have grown beyond that phase in my old age. Family, ministry and marriage take a front seat to the martial arts at this late date, but the martial arts is still a priority even in my old age. In this phase of my martial art career I spend more time in researching and writing about different aspects of the arts, along with trying to manage a couple of martial art organizations, rather than actual hands on teaching. Even so I do have a couple of closed door students. I guess old habits are hard to break.

In all honesty training with me is more than a notion. I’m old school enough to make the process difficult and often painful. I don’t attract the classical martial art student or the sport orientated individual. Instead I teach the hard core combat oriented practitioner and those in high risk professions. I’ll still teach the occasional children’s class but that has to do more with mentoring and ministry than turning out hard core martial artists. For the most part I prefer to train advanced black belt students my core system and self defense to law enforcement and security personnel. I grew up in a harsh environment in one of the nations more dangerous cities and you know how it is with old dogs and new tricks. My primary focus is on practical and realistic combat.

Getting a black belt from me has always been like pulling teeth. I haven’t turned out a huge number of black belt students in my career. Most students these days are into instant gratification and would rather take the fast track. I don’t give out dan rank in one or two years. If you want high rank from me you have to be in it for the endurance because yours will be a long road.

With all of that being said, the system that I teach appears basic on the surface but is complex in its application and takes years to even begin to perfect. The techniques tend to be direct to the point and often brutal but that’s the true nature of combat. Life and death combat isn’t a game. It isn’t a sport. As fore stated it’s just that; life and death. What I teach isn’t for the squeamish or faint of heart but what I teach I teach with spiritual content. After all, my brutal system to the contrary, I’m a minister, pastor and Christian. I teach war craft but I don’t advocate violence. 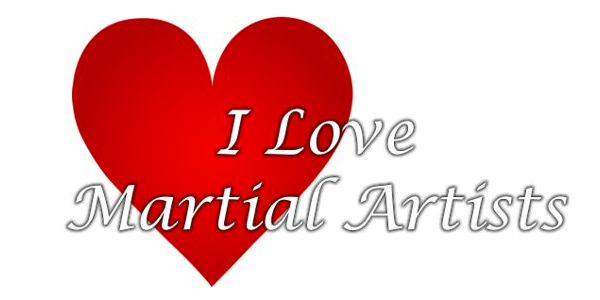 I have a number of students, sempai, masters and grandmasters who align themselves after me and swear by what I teach. All of them aren’t my private students and most of them didn’t get their initial training from me, but they are still my students. In my belief the martial arts is like an iceberg. What you see, the techniques and training principles, are but the tip of that iceberg. Most of the iceberg exists out of sight beneath the surface.

In a sense all martial arts are basically the same though all aren’t created equal. Martial art systems consist of either striking or grappling or various combinations of the two. There are only so many realistic ways to defend against and attack another human being. The various philosophies of how these techniques are used make up the various martial art systems. In the end any realistically trained martial artist will be similarly outfitted.

When a well trained martial artist comes under my tutelage I don’t try to discard his foundation and rebuild him. He should already be efficient in what he does. I may do a bit of fine tuning to bring him to what I consider an acceptable level but I don’t try to recreate the wheel. If they aren’t competent martial artists I’ll consign their training to one of my students or send them back to their instructor. If I find his level complimentary to his rank I’ll on occasion take him on as a student. Some of these individuals live across the nation or even in different countries. The rare or occasional face to face contact that I have with them doesn’t qualify me to be their actual instructor, even though I sometimes guide the direction of their training by offering new ideas and concepts or different directions in their training. These people are my students though my relationship with them has little to do with gyms, dojos, dojangs or kwoons. These are my students of the heart. Aside for the aforementioned verbal instruction and advice my relationship with them is more philosophical and spiritual. They grow under the guidance that I can offer as an older and supposedly wiser individual.

In the rarefied world of the martial art master and grandmaster the difference between the two is often only time in grade and growth in the spiritual arena. If a grandmaster pours knowledge into an established master he will offer more than technique and training. If the said student has reached master level he has that already. As the ‘Head of Family’ in the IFAA Black Dragon Fighting Society I don’t have a lot to do with giving of rank. That’s primarily handled by the masters and grandmasters of the individual systems or by the ‘Grandmasters Council’ of the organization. In the Black Lotus Martial Arts Association, however, I do have that authority. Because the BLMAA is primarily a Christian organization, I look upon rank differently. Below godan (5TH degree black belt) rank is given like in any other system. Master rank however is awarded differently. I figure by godan a master has the knowledge and ability that he’ll carry throughout the remainder of his martial art career. Beyond that I am looking beyond the physical aspects of the arts. Along with time in grade I am looking at moral and spiritual growth. For the average sensei the arts is more about mentoring and creating better human beings than turning out trained killers. That ability and focus is what I strive to instill into my senior students. I’ve turned out my quota of trained killers. I’m more concerned with training those who will be molders of men and mentors to those who come under their tutelage. These are the students of my heart.

God bless you, my brethren. Train hard and go with God.

The Deadliest Man Alive (Getting Over Ourselves)

Your Knowledge Is Your Legacy – Pass It On