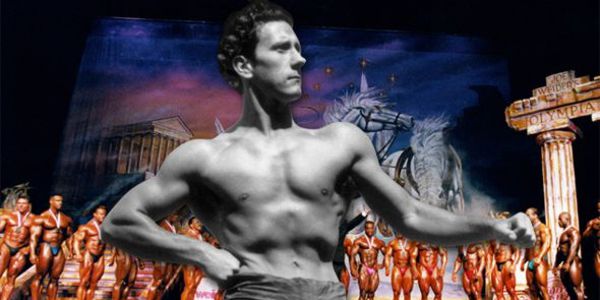 Today it is universally accepted that to be healthy one must exercise and eat a nutritionally balanced diet.  But it wasn’t always that way. The world owes this understanding, in large part, to the lifelong efforts of Joe Weider.

Joe Weider was recognized as the man who changed the way the world understands the connection between exercise, nutrition, and good health. He created the famous fitness magazine empire that was the first to bring information about training, nutrition, and his beloved sport, bodybuilding, to men and women eager to improve their physical lives. He created, popularized and sold machinery and weights that are seen in gyms and homes everywhere and his belief in nutritional supplements was instrumental in the formation of today’s huge vitamin and supplement industry. Today the Weider name is synonymous with health and fitness.

A true pioneer in his efforts to bring strength and fitness to the public’s collective consciousness, Joe Weider continued to use his expertise to help people the world over lead healthier, happier lives. Since 1936 Joe’s message had prompted athletes, coaches and sports scientists the world over to alter forever their approach to training, nutrition and recuperation in accordance with the guidelines established in his training principles.  He prompted the medical community, once hostile and later merely skeptical toward resistance training, to embrace it as a vital weapon in the war against aging. He has prompted psychologists, who initially saw little connection between mind and body, to accept exercise as a vital contributor to mental health. And his passion had given rise to the sport of bodybuilding, which emerged from the shadow of competitive weightlifting and now has untold competitors participating across the globe.

Born in 1920, Joe Weider grew up in a tough neighborhood in Montreal, Canada during the hard times of the Great Depression. When young Joe left public school at age 12 to pull a small wagon 10 hours a day delivering fruit and groceries for a market, it was an act of survival for both him and his family.  Standing 5’5” and weighing a mere 115 pounds, Joe became easy prey for teenagers looking to score some quick change, which prompted him to head off to the Montreal YMHA and request a tryout with the wresting team.  The coach turned him down, for fear he would be hurt.

Undaunted, he made his way to a local newsstand and purchased two used magazines for a penny, including a 1930 edition of the Milo Barbell Co.’s Strength magazine. Those publications inspired him to lift weights, and later to begin his own magazine. Joe scavenged a local train yard for an old axle and two flywheels, which he cobbled into a makeshift barbell.  He lifted, pumped and pressed this scrap metal endlessly, and his scrawny physique was rewarded with sprouting sinews of muscle. By the time he turned 15, neighborhood bullies no longer bothered Joe. A scout from the Verdun Barbell Club in Montreal invited to Joe to join.  Two years later, Joe competed in his first amateur contest, the Montreal District Senior Meet, where he lifted 70 pounds more than competitors in his weight class. His total surpassed even those of the light-heavyweights and heavyweights and earned him a national ranking.

Joe’s competitive success and his ongoing physical transformation inspired him to enlighten others.  That would be a challenge, because the late 1930’s were indeed a dark age for the iron sport, with gyms deliberately hidden from mainstream society.  Weightlifters communicated primarily through correspondence and magazines, which young Joe felt published incomplete and often erroneous information. By 1939, Joe had been working full time for five years. He had traded in his wagon to bus tables and wash dishes at a local restaurant, which had quickly promoted him to sandwich maker and then to short-order cook.

His dream, however, was to publish a magazine committed to sharing accurate, complete training advise with routines with its readers. So, with $7 in his pocket, he began to work on what would become the first issue of Your Physique, to be published in August 1940.  Orders poured in, and within 18 months Joe had made a $10,000 profit—a small fortune at a time when a loaf of bread cost 4 cents and a gallon of gas 11 cents. Remembering his own difficulties in tacking down equipment, Joe started the mail-order Weider Barbell Co. in 1942; his magazine now offered weight sets and other equipment as well as some rudimentary vitamin and mineral supplements.

In 1946, Joe and his brother Ben rented Montreal’s Monument National Theater to host the first Mr. Canada contest, and former the International Federation of Bodybuilders that night.  In 1965 he created the Mr. Olympia contest, which is the premier contest in all of bodybuilding.  Among the most famous Mr. Olympia winners is Arnold Schwarzenegger, a seven-time titleholder. In recognition of women’s dedication to the sport, Joe went on to create the Ms. Olympia contest in 1978, and added the Fitness Olympia contest in 1995.  There are presently 170 countries affiliated with the IFBB and it now ranks as one of the top seven international sport federations in the world.

Perhaps Joe’s most indelible addition to the science and sport of bodybuilding is the Weider Principles.  For his magazine, Joe would spend countless hours in various gyms studying and cataloging the movements and techniques that were effective for bodybuilders, weightlifters and power-lifters alike. By 1950, he had compiled 12 years’ worth of such observations, and he christened them The Weider Training Principles—over 30 theories and techniques that forever changed the means by which someone could build a strong, muscular body. 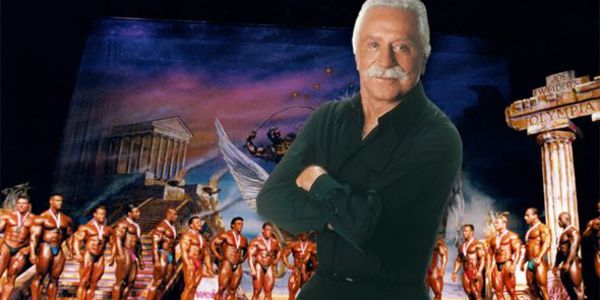 From those beginnings, the IFBB and the business grew tremendously.  Located in Woodland Hills, California, Weider Health and Fitness is a leader in the sports nutrition industry.

Joe Weider died of heart failure on March 23, 2013, in a Los Angeles, California hospital. He will be sorely missed. RIP Joe Weider.