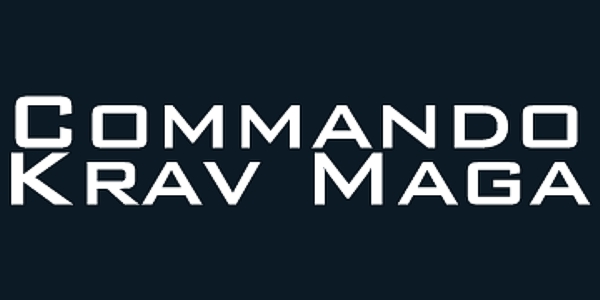 One of Moni Aizik’s Level 2 Commando Krav Maga instructors in Holland was attacked and forced to use his training skills and shares this article about surviving the street.

I was driving with my girlfriend on the freeway toward the exit to my home. A car with two passengers passed me on the shoulder Emergency Lane, hitting my right outside mirror. Naturally, that gave me a fright and I signaled the driver with my headlights while honking my horn. The driver slammed on his brakes and I was able to avoid crashing into him. I decided to overtake them on the shoulder, hoping to avoid a collision. He tried to run me off the road into the crash barrier, causing me to skid. Luckily, I was able to regain control over the car without hitting anything.

My heart missed a couple of beats and I was steaming mad because of the dangerous situation the other driver had placed us in. He contined to come after me. I was yelling towards the driver motioning for him to take it easy and to stop making an ass of himself’. He moved in front of me hitting his brakes, trying to make me crash into him.

We both took the same exit from the freeway, and still in front of me they continued to drive very slowly, cutting me off. He was trying to determine were I was going and I was really interested in the reason for his behavior and I wanted to get the make and model of the car, license number etc. Anyway, I was still in shock because of the incident and I wasn’t thinking straight. I was angry.

When I was signaling the driver to stop his car my girlfriend noticed he was on the phone while his passenger was giving me ‘the finger’, sticking his tongue out, laughing and waving a beer bottle, suggesting he was going to beat me up with it.

Before I could speak the words “Uh-oh, this is bad.” they pulled over and got out of the car, as I did. I wanted to talk to the driver and see what his problem was when a huge guy (2meters, 120kgs) came from a house adjacent to the street.

Apparently, the driver called a friend who lived down our way and ‘lured’ me into a trap – to beat me up. “Stupid me”, I thought far enough ahead and told my girlfriend to stay in the car with the doors locked, engine still running, phone in her hand.

The huge guy came at me yelling at me to be gone ‘or else’. When I told him I had no business with him, but with his friend the reckless driver, he threatened to stab me. I was looking at him disbelievingly when he pulled up the right side of his shirt and moved to grab the hilt of a kitchen knife. My girlfriend was yelling from the car: “Knife! Knife! Watch out, he has a knife..!”

As fast as I could, I closed the gap grabbing the hand (wrist) that was holding the knife while poking him in the eye with four fingers of the other hand. I then palmed him on the chin and the left temple, still holding the ‘knife hand’, knocking him out before he even pulled the knife.

The second attacker, the driver, ran up to me and tried to (straight) punch me. I redirected his punch and jousted with my cross hand to the chin (was trying to hit the nose but missed in the heat of the battle). I took him down by the lower back while pushing his nose and shuffling with him, causing his body to flip and hit the ground really hard. When I stomped him in the groin, he was already knocked out as a result of bumping his head on the sidewalk.

The third guy, the passenger, ran away looking for help. That’s when people who lived there came to break us up and calm us down. Both attackers were still on the ground. No complaints have been filed.

I think both the attackers and I learned a very important lesson. They learned not to mess around with just anybody, and I learned not to ‘doubt my intuition’, meaning: I had a funny feeling when I took a first look at them. I shouldn’t have gotten out of the car and into this fight, putting myself and my girlfriend in danger.

On the way home my girlfriend told me she now realizes how important my Commando Krav Maga training is. The techniques that you taught me saved our lives.

I’m not a violent person and I strongly believe that avoidance is the best option. After this situation, I realize how bad things can get and how fast they can get that way. One moment you’re driving in your car thinking of which movie to watch when you get home and the next moment someone tries to stab you. Luckily, everything ended well this time. Thank you, Moni, for the proper psychological and physical training I got from you at the instructors seminar earlier this year!

Definitely staying out of the fight next time!

Pepper Spray Strength Nothing To Sneeze At!

Women as Victor or Victim