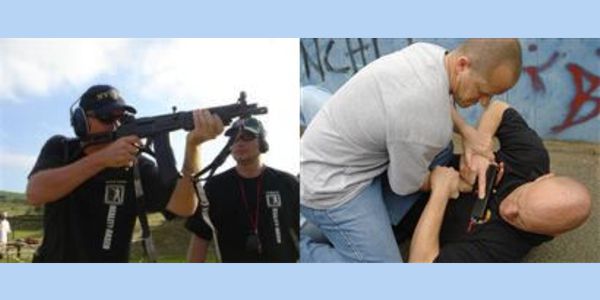 Photo 2: Tactical firearm training must include ground fighting with the weapon.

Photo 1: Students learning how to evacuate and injured person while still bringing their firearm into play

Photo 2: A firearm is an equalizer for smaller weaker people being attacked by larger dominant suspects. Here a lady student is learning how to make use of her firearm in close quarter battle.

More and more people are looking into reality based type training to address real situations they might encounter in the streets of today. CombatCoaching.com is changing the way people are learning self defense, from beginners to specialized security and safety personal. We believe that when it comes to your life and lives of your loved ones, you should make the commitment to train as realistic as possible preparing you to protect and survive the streets of today. The key element for a civilian to be able to defend him/herself during a street encounter is in his or her training. “The training must be realistic and closely related to the type of situations you might encounter One fights like one trains.”Violent Crime is a reality that South Africans have to deal with on a daily basis. Criminals make use of weapons to control their victims to ensure a high success rate. In many cases the criminals have more firepower than the local police and unfortunately the threat of coming face to face with an armed criminal is not diminishing, in fact it is increasing.

One of the most common weapons used in violent crime today is the handgun. Buying illegal weapons on the black market is as prevalent as the drug trade. Don’t think for a moment that the government can keep weapons out of the wrong hands, because they can’t. Criminal make use of handguns for several reasons:

Three attributes make a handgun an ideal personal defense weapon for civilians and security personal.
– It is compact
– Easy to carry
– Brought into action very quickly and effectively at close range.

If you do not own a firearm why would you want to learn how to use one?

First of all if you want to learn how to defend yourself against a specific weapon or threat the best way to do so is to study the weapon/threat or enemy. Learn how a firearm works. Know what the pros and the cons are of this lethal weapon. This way you will have a better knowledge base to draw from to structure your training on how to defend yourself against a firearm. Secondly, you might land up in a life or death struggle with your attacker and he looses control of his weapon and drops it. If you are able to pick it up surely you will use it to control the situation in your favor? If you have never handled a firearm before picking it up could count against you. If you find yourself in a self defense situation wherein you disarm a gang member and you’ve never had firearm training, you will not be able to use the weapon for self defense. It would be wise to know how to use that weapon, especially if other gang members are present who will harm you.

It has been found that most of the situations involving handguns i.e. pistols as defense weapons take place at very short distances, usually in low light conditions. Of course, there is no guarantee at what range one might have to defend oneself with a handgun but, although pistols can shoot accurately over quite long distances, they are designed as close range weapons. All gunfights are situations where one is either launching an ambush, or responding to it (sometimes by preempting it). Gunfights never look like those in the classic western movies where the two antagonists face each other at opposite ends of the street and fast draw against each other. Sadly, this model is what the training of many shooters is based on. There is also the bottom-line issue that the fight deals with both shooting and getting shot. It is far more important not getting shot than shooting well (at the expense of getting shot).

Photo 1: Typical scenario of a plain clothes police officer (Morne) on his cell phone assisting a stranger in public.

Photo 3: Cell phone drops, stranger goes for firearm. Officer secures his weapon and moves his weapon side away from the attacker applying a forearm spacer.

Photo 1: Officers draws his firearm while controlling the distance between him and the attacker

Photo 3: Until he can take total control over the situation.

Photo 1: The attacker moves up from the back holding a blade in his hand

Photo 2: The attacker grabs Officer from behind, shoving him forward 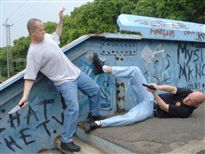 Photo 2: Turns and faces the attacker raising his leg to control the distance

Photo 4: Officer takes his shot at the attackers centre of mass while shoving him back with his leg

Being able to just shoot against a stationary cardboard target does not translate well preparing oneself for an urban shootout. You need to take your training to the next level and this is where airsoft training takes the lead. The airsoft gun allows the student to learn and train a specific technique and test it in a “real” situation with an adversary not all willing to allow it in the form of scenario training. In other words you can place the student in a scenario where he actually has to make tactical decisions under pressure while being shot at simulating an urban shoot out, home invasion, hi jacking etc. As a large percentage of violent crime occurs during the hours of darkness, the ability to shoot accurately at night or bad light is very important. Unfortunately, this aspect of defensive shooting is sadly neglected, largely due to the difficulty many shooters experience in finding suitable facilities for night shooting. Nevertheless one can become proficient in lowlight shooting by just using an airsoft gun which can be used in almost any environment. The amount of light that will be available in low light shooting varies. It is recommended you prepare yourself as comprehensively as possible and train in as many conditions as possible from where the target is totally visible to where it is barely visible.

Basic Tactical Firearm Training guidelines:
– Make sure you expose yourself to all the ranges and aspects of fighting. This means to prepare yourself as comprehensively as possible to deal with almost anything and everything. This includes factors such as improving your fitness, dealing with attackers in various ranges including close quarter combat without your firearm. Also to take into consideration the various environments and conditions you could be dealing with.
– Next is the concept of the Observe • Orient • Decide • Act cycle first codified by the late Col. John Boyd. This cycle describes how men process information in combat, we all Observe the enemy. We Orient ourselves in accordance to the situation, as well as with what we observe. We make a Decision based on the prior two steps, and finally we Act upon it. All of these steps take time, and as short as that time may be in a fight, there are gaps in the timing and chinks in the process that can be identified and exploited. “By understanding this, and being able to exploit its process, one can turn the tables on an attacker very quickly and decisively. By understanding this and organizing your fighting responses in accordance with it, one can turn a predator into prey.”

– Move, Don’t be a target! It’s imperative to move off the line of force, or as some say, “Get Off The X”. This basically involves moving off the assailants aim, or evading the direction of his gun muzzle and learning to shoot while moving. – – –

– Accessing your weapon under pressure. It just as important if not more than actually taking the shot to being able to access your weapon under pressure. Accessing your weapon doesn’t just mean from your holster or somewhere concealed on you. Accessing also incorporates being able to get to your firearm effectively at 3am if it is locked away in your safe. Accessing is also learning how to deal with an ambush attack in a close quarters situation and then being able to access it. Placing yourself in a tactical better position may seem like a small matter but it is a crucial item of study. Your movement off the line of fire may save you from the first shot, but the ability to return fire as you keep moving will save you from his second and subsequent shots.

– Train to use combative sighting. During an urban shootout you will rarely get the opportunity to make use of the sights on your firearm. So how do you aim then? Urban combat shooting uses mainly the concept of point and shoot. The general idea is making use of ones fingers to point to the suspect. You will quickly experience the pressure when someone is shooting back at you in a well set up training scenario. You rarely find time to take aim or to use your sights. As long as the gun is surrounded by the target and you use your full peripheral vision and not closing an eye you stand a good chance of hitting your target.

– Keep shooting until the attacker is no longer a threat. We know the resilience of the human body and especially when it is under adrenaline. We also know the deficiency of small calibers (anything less than a rifle is a small caliber). So you are not about to trust that limited shooting will solve the problem, you shoot until it is in fact solved.

When training students in firearms we follow the following 8 basic rules. These rules are used when we train with airsoft or the real McCoy. Because most students can go to a real shooting range everyday and fire live rounds we treat the airsoft sessions the same as with live fire. This way the students get even more quality training in and do not need to adjust when shooting live rounds.

In conclusion. If you are serious about self defense or personal protection, your training has to include firearms. Whether you like them or not, many violent criminals carry them and use them in the commission of their crimes. It doesn’t matter whether you live in a “gun culture” like South Africa or in country with strict gun control,  criminals have guns. At CombatCoaching.com we don’t just offer self defense training against firearms but also on how to tactically use firearms. Part of the training is also focused on scenario training where you are exposed to actually tactically applying yourself in a life death situation, giving you a better chance surviving the streets of today! The self defense/Personal protection practitioner must train with replica firearms against live human adversaries in situations replicating those he or she is likely to face in a real confrontation.Right now your enemy is preparing how to take your life. Don’t let him do it when you meet. Train hard, stay sharp, stay alert and always be ready. Your final exam may come at any moment – God willing we will get to train again soon.

We Still Can: Fitness Over 50