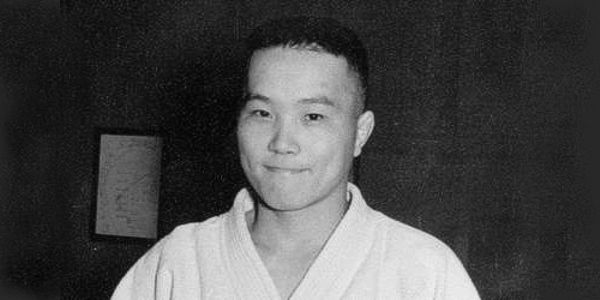 Tadashi Abe was born in 1926 and began Aikido in 1942 under the direct supervision of O’Sensei for a period of nine years. He traveled to France in 1952 when 6th Dan as representative of the AIKI-KAI HOMBU to be the first full time Aikido Master in Europe and one of the first to teach outside of Japan. Aikido had been introduced into France a year earlier by Minoru Mochizuki Sensei, a master of many of the Japanese fighting arts. Although based in Paris, Sensei Tadashi Abe visited the UK on several occasions to teach and demonstrate with Sensei Kenshiro Abbe. Abe Sensei’s technique was particularly hard, fast and powerful. It is said that Abe Sensei was very critical of how the Aikikai had changed when he returned there in the 1960’s. He described the new style of Aikido as a feminine sport which had lost its Samurai roots and was no longer the Budo he had practiced under O’Sensei.

USAdojo - September 23, 2006
We use cookies to ensure that we give you the best experience on our website. If you continue to use this site we will assume that you are happy with it.OkRead more