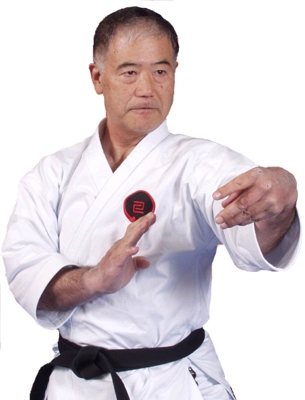 Morio Higaonna is a prominent Okinawan karate practitioner who is the founder and former Chief Instructor of the International Okinawan Goju-ryu Karate-do Federation (IOGKF). He is the holder of the highest rank of 10th Dan in Goju-ryu karate.

Morio Higaonna was born on December 25, 1938, in Naha, Okinawa. He began studying Shōrin-ryū karate with his father when he was 14 and then went on to train with his friend Tsunetaka Shimabukuro. It was Shimabukuro who recommended that Higaonna learn Goju-ryu karate at Chojun Miyagi‘s garden dojo (training hall) in 1954, one year after its founder of Goju Ryu, Chojun Miyagi had passed away.

Morio Higaonna was awarded his Black Belt by Miyazato in 1957. In 1960, he moved to Tokyo to study at Takushoku University. On December 30, 1960 Higaonna was promoted to the rank of 3rd Dan at the first all-style dan grading of the Okinawa Karate-do Renmei. Higaonna was invited to teach at Tokyo’s Yoyogi dojo, where he attracted a large following of karate practitioners. He was awarded the rank of 5th Dan in April 1966. In January 1967, Morio Higaonna Sensei received his Menkyo Kaiden.

Martial arts scholar Donn Draeger (1922–1982) reportedly once described him as “the most dangerous man in Japan in a real fight.”