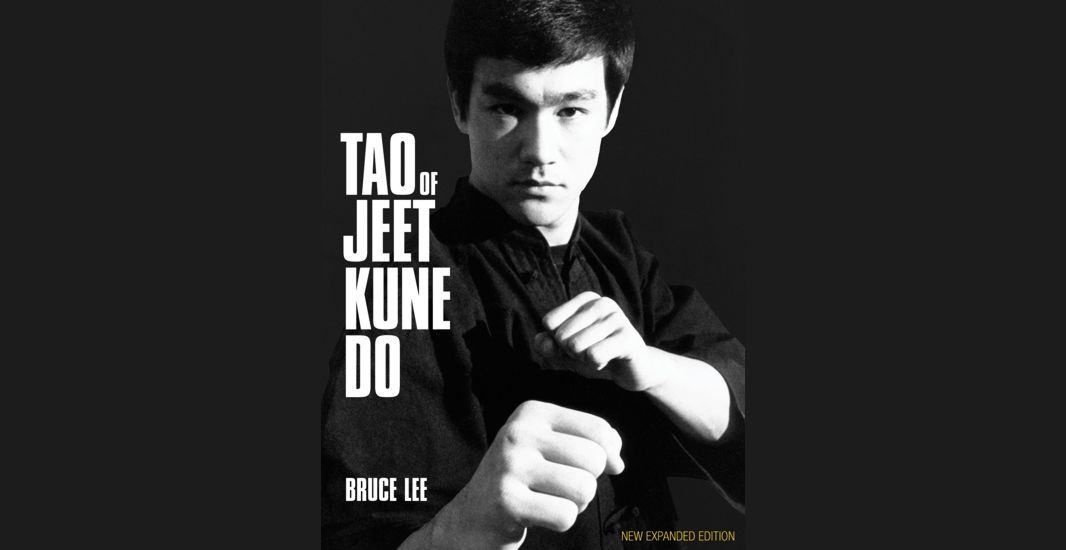 The Tao of Jeet Kune Do compiled from Bruce Lee’s notes and essays and originally published in 1975, is an iconic volume, one of the seminal martial arts guides of its time. The science and philosophy behind the fighting system Lee pioneered himself—jeet kune do—is explained in detail, depicted through hundreds of Lee’s own illustrations. With the collaboration of Lee’s daughter, Shannon, and Bruce Lee Enterprises, this new edition is expanded, updated, and remastered, covering topics such as Zen and enlightenment, kicking, striking, grappling, and footwork. Featuring an introduction by Linda Lee, this is essential reading for any practitioner, offering a brief glimpse into the mind of one of the world’s greatest martial artists.

Review
To watch Bruce Lee on film is an amazing experience. Those who have read Tao of Jeet Kune Do, however, know that Lee’s prose can also be exhilarating. This praiseworthy and enduring bestseller (mainly written over six months when Lee was bedridden with back problems) compiles philisophical aphorisms, explanations on technique, and sketches by the master himself. –This text refers to an out of print or unavailable edition of this title.

About the Author
Bruce Lee was an iconic figure in martial arts who pioneered the concept of jeet kune do from his physical training, personal research, and formal education in philosophy at the University of Washington–Seattle. He acted in several motion pictures, including The Big Boss, Enter the Dragon, Fists of Fury, and Way of the Dragon. He is the author of Bruce Lee: Wisdom for the Way, Chinese Gung Fu: The Philosophical Art of Self-Defense, and the Fighting Method series.