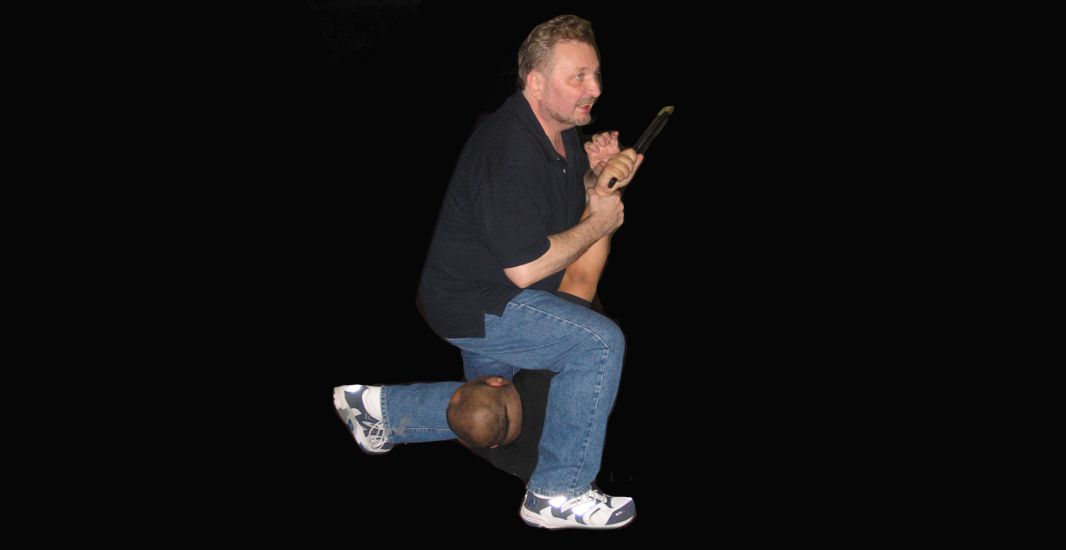 Have you ever used a hammer, a screwdriver and/or pliers? Is this the way you would normally hold them while working on a task? Probably not, you would naturally hold them with a firm grip, wrapping all your fingers around the handles so you could work securely without dropping them.

A knife is a tool, like a hammer, a screwdriver or pliers, however when you use tools to work on a task, the task doesn’t resist your efforts, neither does it fight back. However if you are using a knife to defend your life, the person attacking you won’t just stand there motionless, they are moving purposefully to exact extreme harm on you, the risk of losing your knife is highly likely when your fingers are extended off the knife handle. 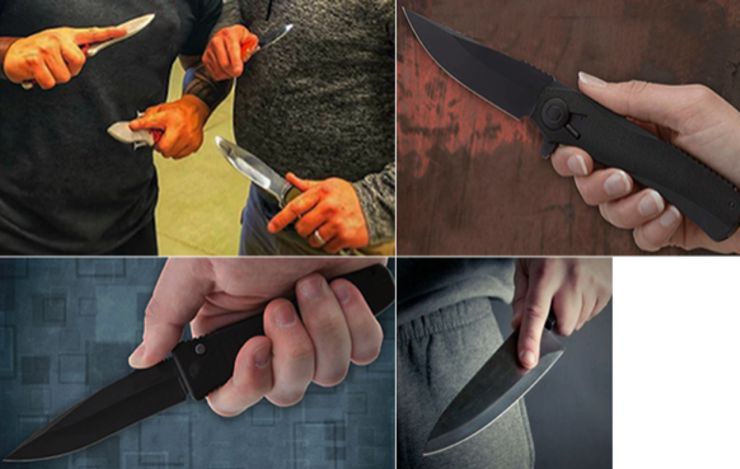 Welcome to the Ministry of Silly and Dangerous Knife Grips

For countless years the greatest myth perpetrated on the knife community has been that keeping some fingers off of the handle will afford you special tactical powers, it never will! Some will say, the forefinger along side the blade with help you point the knife? others say 2-3 fingers hanging off the blade will allow them to hook around a body part or clothing – I say nonsense!

What first alerted me to the subject of dangerous knife grips was when I was contacted by various law enforcement individuals who had attended my knife seminars in the past. They told me that during the aftermath of some gang fights (in different regions around the country), officers would sometimes see parts or whole fingers on the ground? When they took statements from several gang members afterwards in local hospitals, they admitted using fancy knife grips. There was clearly a causal nexus between the way they held the knives and the loss of their fingers.

My Approach As a self-defense instructor, my students come from all fields: military, law enforcement, security and civilians. They can’t afford to learn stylistic knife defense, it has to be realistic. My immediate concern is for the safety of my students and not fostering myths about knife grips that may cause them harm – I leave that to instructors who zealously feel the need to attract students to fill their classes.

Why would any Instructor ever consider teaching holding a small knife in this manner? You can’t even cut a cake this way. Have you ever tried to cut meat or half-cooked vegetables – you can’t?

How Did This Happen? Some of this grip nonsense came from the West. In the 20th century early knife practitioners often transitioned from fencing. When holding a sword or sport foil/sabre the length of the handle is much longer than a folder, the hand can easily stretch out more and the thumb on top of the handle can easily come into play to control the tip. Some swords and sport swords have a cross guard to wrap your finger around. However the handle of a folder is short, and without all fingers on board the knife can easily slip. In SE Asia, I’m sure there was a similar evolution and mysticism I’m sure had a great deal to do with it.

1) But It Looks So Cool When I first studied Arnis / Escrima (long before a few people invented the name Kali), I often witnessed escrimadors deploy these types of semi-fingerless grips. I was young, impressionable and thought, oh there must be a special reason why knives are held in this manner. It also looked so cool – it must be an insiders secret. However, much later I discovered it was an affectation.

2) Some Experts Used These Grips — Others Followed In psychology, this is called the “Bandwagon FX.” This is when a trend or fad multiplies and is accepted the more they have been adopted by others. That doesn’t mean it’s safe or worthy, it’s just that most students don’t want to question their teachers.

3) But This is What My Teacher Taught Me It’s not because the instructor had all this divine wisdom, he did it because his teacher taught him this way, and his teacher’s teacher, and so on and so on. Eventually this became codified as “The Only Way.” It turned into a cult and no one questioned it.

Can it work? Anything is possible — however what a few highly accomplished adepts of the knife can do should have no bearing on how it should be taught, the primary responsibility is the safety of the students and these methods should not be encouraged.

Many so-called experts absolutely don’t understand the anatomy of the hand. They have told me countless times that I don’t truly understand the significance behind the grips, and that there are several reasons why they are used — don’t believe it, it’s all superstitious and stylistic nonsense. How do I know? Because I conferred with several hand surgeons, and they clearly explained the science of how the hand works, and how it was designed to hold tools.

To read the full articles on this subject go to these links: