I was hoping not to do another of these soon. I’ve had only a few mentors in the martial arts and another of those have passed. It’s a fact that as you grow older the frequency of the deaths of friends and family become more prevalent. This lets me know that I am getting old. I eulogized and buried one of my most senior grandmasters a few weeks ago and here I am again sitting with my heart broken at the loss of a dear friend and mentor in the martial arts.

Some of my students would swear to you on a truckload of Bibles that I’m the oldest living martial artist. They probably wouldn’t be far wrong but I do have a few seniors more advanced in age than myself. Dr. Samuel Lonewolf wasn’t one of them. He was actually a few years younger but he was a real bonified martial art master. He had almost forty years of experience in the arts and the luminaries he studied with and trained with reads like a who’s who in the martial arts. He was a master in karate, jiu jitsu and aikijitsu and was a grandmaster in kenpo.

I met Dr. Samuel Lonewolf rather early in my martial art career. In a sense he and I came up through the ranks together. He was rough around the edges but he was an excellent martial artist. Even with ill health and the  of age he wasn’t above calling out some younger black belt. There are few of his acquaintances that he didn’t challenge at one time or another. He was totally unimpressed and wasn’t intimidated by size, age, rank or physical prowess. He wasn’t shy about any and everyone told. Doc was a martial artist, not a diplomat and he was quick to point it out to anyone who offended him.

Doc was often misunderstood and was often both criticized and ostracized because of his blunt personality and for making his own rules. A lot of his critics, many masters themselves spoke ill of him and in all honesty he could be challenging at times, but if one had the patience and enough insight to look beneath the surface they would have found a diamond in the rough. He was about as soft as uncured leather and as tough as nails but he was a martial art treasure. He was one of the last of the rough and tumble, no nonsense old school martial art masters. Few had the patience to get to know the man beneath the question and controversy. He’d as soon slap a knot upside your head as look at you, and would more often as not leave you standing somewhere waiting for him, but if one took the time to really know him it was hard not to know him. Indeed the rough edges were the thing about him that endured him to those who loved him. I’m one of those. I was mad at him about something more often than not, but Doc was just Doc and I, like many others, loved him and felt blessed to know him. 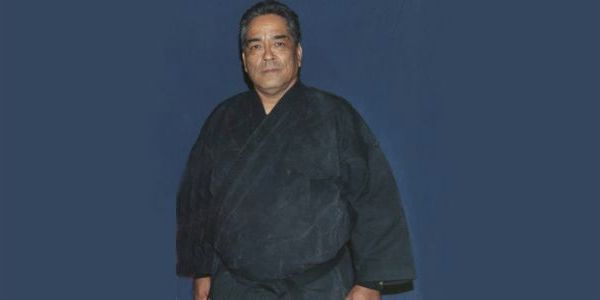 Dr. Samuel Lonewolf was a Viet Nam veteran and had been a POW in North Viet Nam. That accounted for much of his character. Like many of us who suffered similar experiences, he was of effected by those harsh experiences. Somehow he survived what would have destroyed many lesser men and he excelled in the arts that he loved much.

Doctor Lonewolf was a minister and bishop in the Angleton church. That didn’t mean he was above blessing you out if you ran afoul of him and he was known to exercise what we ministers call ‘the laying on of hands’ on some misinformed individual. Many were placed on the straight and narrow by his none too gentle hands on approach to life counseling.

Doc was as unique as a snowflake. One of a kind. When God made him he broke the mold. Doc was truly a one shot deal. You would look far and long trying to find one who could fill his shoes. You’d probably still be looking when mankind has finished its sojourn on this planet.

Doc you were a friend and teacher. Once again I mourn the loss of a martial art master and friend. You will be sorely missed my brother; my friend. Rest in peace, Doc, and tell Dr. Day hi for me when you get on the other side.

Toney Raven Has Passed Away