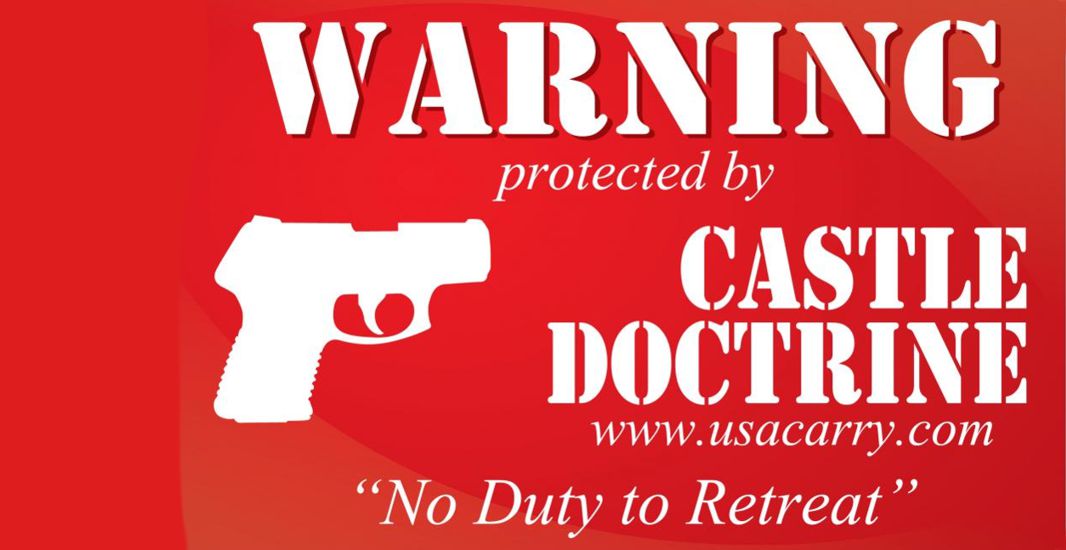 As a veteran of both the martial arts and the law enforcement communities for a number of decades, the topic of self-defense takes on different meanings depending on the audience. When I teach use of force tactics to my fellow cops the criteria applied is more restrictive than what the average citizen is held too. Police officers are allowed to use the amount of force necessary to apprehend someone or stop them in the commission of a crime. Over the years the application of force and the tools provided cops have changed. What has also changed is the scrutiny applied to officers after they use such force. In some parts of the country many officers are reluctant to use force except as a last resort because of the microscopic (or more appropriately proctological) exam they’re forced to endure. This is especially true since the majority of mainstream media outlets seize on every opportunity to portray police in a bad light. This is one of the down side of a society having become ever more dominated by liberal minded socialists who disdain authority and those who represent it. (A topic for a different discussion.)

What about civilians? Do they have the right to self defense? What justifications must they have, and how hard are they looked at once they’ve used force? This raises the question of what state they’re from, as well as any training they may have received in the realm of self-defense, whether empty hand or with a weapon.

In every state of our country citizens have the right to defend themselves, their homes and property, and their loved ones. This is a concept as old as man. The level and degree of this right, however, differs. Some countries have taken away a citizen’s right to possess firearms, even in their homes. Australia is just one example of where the citizen is at the mercy of the criminal. Americans have a constitutionally protected right to own firearms. Our founding Fathers knew well the importance of an armed citizenry and placed that right as the 2nd of our ten amendments, in our Bill of Rights. Whether you choose to learn how to use a firearm for self-defense, hunting or as a sport, you have that right and freedom to do so.

For the purposes of this discussion I’ll be covering my home state of Texas, since that’s what I’m most familiar with. You should make every effort to educate yourself and your students about your respective state laws in this area.

Texas has always had laws allowing self-defense; part of our rustic frontier history. Up until 1974 there was no requirement to retreat if possible when confronted by assailants. In 1974 the Texas Legislature passed a law requiring a person to retreat if possible. It made no difference if you were somewhere you had a right to be, save your home. In 2007 the “Castle Doctrine” was passed allowing a person to stand their ground. The key concept behind the castle doctrine was based on old English law that inferred a man’s home was his castle. There has always been the understanding a person has the right to defend himself and loved ones in his own home. What set’s the castle doctrine apart from some other states, with a few exceptions, in addition to being able to stand your ground, is the loss of civil litigation on the part of the injured or their relatives as the result of your defense. In other words, if you seriously injure or kill your attacker you cannot be sued in a court of law. Some twenty states have the same or similar types of self-defense laws. The objective is to give more credence and protection to the victims and less to the criminals.

What’s important to understand in this arena is the legal concept of when a “reasonable” and/or “prudent” individual feels they’re in peril of serious bodily injury or death by the person or persons confronting them. If you use a firearm the odds of killing the assailant are pretty good, depending on your skill and the caliber handgun you’ve chosen. But what if you’ve taken self-defense classes; or better yet you’re a truly qualified black belt? Are you able to defend yourself without killing the individual? Are you able to cease your response once you know your attacker is no longer a threat? How long have you studied? What is your degree of expertise? These are important questions and considerations, since the legal system will be using them as they analyze the circumstances surrounding what precipitated your need to use your skills. The police and prosecuting attorney’s will also attempt to determine if “Mens Rea” applies, or whether there was any criminal intent in your mind either before or during this event. This is a term Latin meaning you knew at some point what you were doing or did was against the law, yet you did it anyway. Another legal term for this is culpability, which is just another way of saying the same thing.

The legal system in Texas and its related environment tend to be more lenient towards civilians defending their home, person, loved ones and property. An example of this was the case of Mr. Joe Horn, a 61 year old resident of Pasadena, Texas, which lies just east of Houston off of I-10. You may recall this case since it received a great deal of media scrutiny. The media was trying to use this case to show what happens in our society when people are allowed to own guns, and states pass laws like the “Castle Doctrine.”

Mr. Horn had called 911 advising them people were robbing his neighbor’s place. He told the operator, “The laws have changed in this country since September the 1st and you know it.” He was referring to the newly passed “Castle Doctrine” that went into effect in 2007. The operator told him, “You’re going to get yourself shot.” Horn responded, “you wanna make a bet? I’ll kill them. They’re getting away!” In the end when the smoke cleared (no pun intended) and the police had arrived, the two burglars lay dead in the yard. The Harris county Grand Jury declined to indict Mr. Horn. As I mentioned, the media used this incident to further its anti-gun agenda. Sadly some don’t think others should be able to defend themselves and try to impose their values.

The Texas Penal Code, Chapter 9, describes deadly force as justified to prevent arson, robbery, theft, or criminal mischief at night, or to prevent a suspect from fleeing if the property owner “reasonably believes the land or property cannot be protected or recovered by any other means; or the use of force other than deadly force to protect or recover the land or property would expose the actor or another to a substantial risk of death or serious bodily injury.”

So this brings us to the question of what to consider when planning for, or training for self-defense situations. You should study your state laws and cases where self-defense has been used. There are regular articles in gun magazines, and the NRA’s America’s 1st Freedom that give accounts of average citizens who used a gun to defend themselves that were deemed justifiable. You won’t read about these situations in many newspapers, and you sure won’t hear the mainstream media talk about them, but they occur in this country all the time.

As martial artists we train to use our skills in our own defense, or the defense of loved ones. We practice against a variety of situations and weapons. As a senior black belt I can tell you honestly in my nearly 50 years of training not one of my instructors ever taught me how to block a bullet. If I’m placed in a situation where I feel deadly force is needed to defend myself or a loved one and I’m carrying my pistol the attacker is dead. If I don’t have the weapon with me I’ll respond quickly and effectively using the training and skills I’ve developed over these many years. If the person survives great; if not so be it.

I teach my students and fellow officers to use good communication skills when talking with people. The best gift we all have is the art of BS. Entering a situation with a chip on your shoulder or trying to act like you’re the meanest bull on the block will only result in you having to resort to self-defense in the majority of cases. There are always those ready to test your metal. However, when all else fails you must make a decision. I tell my trainees to decide whether they’d rather be carried by six, or judged by twelve. Once you’ve settled that issue in your mind – train. Train realistically, train hard and train often. If you hurt from bumps and bruises or a bloody nose in the classroom or dojo, you’re less likely to do so or worse in the street. Remember, in addition to your training and preparation learn about the laws of your respective state. Develop a clear understanding of what constitutes self-defense there and what is expected of you based on the training you’ve acquired. In other words, learn where the line is between you defending yourself and becoming the assailant. To do less is to place yourself in the possible situation where you will cross that line between justifiable and culpability.

In closing let me clarify some of my comments about the media and others in our society, those with elitist mentalities. This country was founded on the concept of freedom. Each of us as Americans must choose how we use those freedoms. This country is also one of laws. Sadly there are those who ignore the law in order to profit in whatever manner possible. There are also those who have been elected to office who betray the trust of those who put them there. No matter where your feelings lie regarding the protection of your loved ones, your property, or yourself, never allow anyone to dictate to you based on their beliefs and values. Follow your heart. Those against guns and the right of self-defense use the argument that we have police to protect us. As a cop for more than 38 years I can tell you unequivocally that our responses are 99.9% reactive. In other words, we respond when the call for help comes in. By the time we get their much can happen. It is your responsibility to be prepared. How you decide to do that is your choice, but prepare you must. In my government classes I ask my students, “If you called 911 and no one responded, how capable would you be of being your own 911?” I’ll leave you with that question to ponder.

Homeowner Kills Intruder: ‘I was fighting for my life’

How to Survive a Fire in a High Rise Building