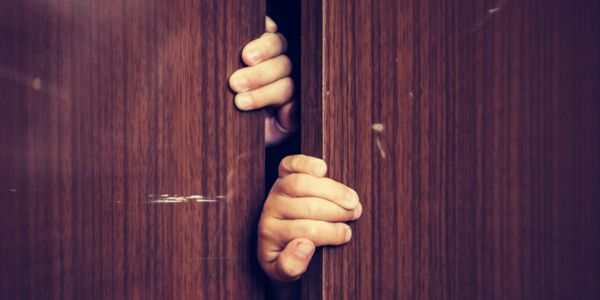 Spiritual Aspects of Martial Arts Are Coming Out of the Closet

The martial arts are often misunderstood by John Q. Public. Terms like karate, jujutsu, tae kwon do, ninja, and kung fu are used, but seldom understood to their fullest. Often seen as a sport or an evening fitness class, like aerobics or spinning, the rich history and deep philosophy of martial arts have been lost or denied to the generalized Western public.

Sadly, when the public is asked to describe martial arts, often the first thoughts that arise are the various Asian forms of combat, more external and hard styles then internal and soft styles, sports competitions, and the often misperceived, and less understood, spiritual relationship associated with martial arts.

It seems that most martial arts in the West are commercial schools located in plazas promoting a 2 class a-week training in their particular style, priding themselves as a black belt school with intentions that in anything from 2 years to 5 years a person on their timetable can obtain the coveted black belt, often seen as an expert level. It seems that children to adults can obtain this black belt, the industry standard of excellence, through watered down curriculums of strictly striking, blocking, kicking, and fast moving dance-like forms simulating combat as long as they are current on their monthly payments, known as tuitions. Each school, each discipline’s standard is different on what constitutes a black belt. This is not to say that many a fine, even mastered practitioner does not emerge; but it does mean that many of these practitioners have a limited understanding of martial arts in general, possibly even their own art.

Unfortunately many of these practitioners do not know little of their arts history, let alone their lineage from founder to student, nor do they have any concept of other styles of martial arts in comparison to their own. Many martial arts in the West fall into the category of sports and completion oriented, and less are more complete than that. By complete I mean that they have martial application as their main focus but they also include philosophy, healing arts, and the spiritual arts as sub arts of the system.

In the West it seems that when someone mentions spirituality within the martial arts much pessimism and disapproval follows as if there is no connection between the two; a true taboo merging the two. In the West there is an unspoken separation between spirituality and martial arts which is unfortunate since many Asian martial arts are often associated and born out of Buddhism and Taoism. And many schools of martial arts in the West lay claims to spirituality only to note that their classes include 5-10 minutes maximum of silence before or at the end of their martial instruction that they term as meditation, typically with little or no instruction to accompany it. It also appears that mainstream martial arts in the West can and do tolerate religion, when it is Christian based; simply put into any internet search engine Christian Martial Arts Association’s or the like and see the numerous pages that can show up. Though still a minority as compared to most schools in the West, these programs are more ministries than martial arts with actual Christian origins.

According to the American Heritage Dictionary the term pagan is defined as one who is not Christian, Muslim or Jew; heathen. By this definition Buddhism, Hinduism, Earth-based spiritual practices, Wicca, and New-Age spiritual practices are all defined as pagan. This is unfortunate as many martial arts of the East are not Muslim, Jew, or Christian and have Buddhist, Taoist, or Hindu origins which have not only been ignored or forgotten but actually shunned by the general public. This is regrettable since the spiritual philosophy of any tradition explains the how’s and why’s to the makeup of said tradition; these spiritual philosophy’s further explain why a particular form may have been created, or why a technique is done in a particular manner, or the application of techniques based on said philosophy. In turn aspects of the art have been lost due to this loss of spiritual awareness of its martial origins.

There are some martial arts schools, typically non-commercial schools, which do keep their spiritual traditions as part of their training and syllabus. Often these schools are small, as the general populous has the misinformation that these spiritual traditions are irrelevant to the art. I have been a martial artist for a good long time and what I have seen is that on average these schools have students who are, more so well rounded, understanding esoteric energy (chi) and modern quantum mechanics in spirituality to great depths with application to the martial-way. These same students often become exceptional healers in the ancient healing arts as a result of their curriculum as well; the thought being if one can fix it, then you know how to destroy it as well, and understanding that a whole person is of body, mind and spirit.

Martial arts like Hoshin, Kuroshinobi-do, and Kosho Hoho Yooga Kempo are examples of traditions which include spiritual, shamanic, or esoteric studies in their curriculum. Interestingly enough these martial arts seldom, if at all, compete in sports like competitions. Some have even been referred to, in ignorance, in popular martial arts chat rooms as a Harry Potter want to-be’s. Unfortunately, due to decades of public misinformation the concept of compassion and understanding of other than Christian spiritual paths have been lost and many martial arts have misplaced a major component of its teachings as Pagans have in turn been ostracized.

Yes, each of us has the right to learn about other spiritual paths other than their own and no one should be forced to convert. Some choose to be educated and some do not. But doesn’t tolerance make sense in at least being made aware of the spiritual relations in a particular martial tradition? I was exposed to some shamanic, earth based and Buddhist concepts in my martial training and my teacher was clear that it would be my choice whether to apply them outside of the curriculum or not. I was raised Roman Catholic and chose to see the similarities between spiritual paths and not the differences. Never was there ever an attempt of conversion like some mainstream churches of today; but what it did do was allow the student(me in this case) awareness of the full art and an understanding of other spiritual traditions, and I for one am grateful for the experience and truly believe it has made me a better martial artist.

With a spiritual move toward the martial arts being the red-headed stepchild within the industry, some practitioners may be looking for something more within their practice; may be looking for kindred spirits and a community from a more complete warrior way (budo) such as a pagan path solid in the ancestry of many traditions. For those unable to find a martial art in their community that meets their spiritual needs or for those few lone styles providing such an enriching aspect to their martial arts curriculum they are invited join PMAC or the Pagan Martial Arts Council. The Pagan Martial Arts Council is a unique, international, non-denominational, network of Pagan Martial Artists.

PMAC does not govern any particular school, tradition, or style of martial arts, but allows each club/school/organization to freely operate under their own course outline.

PMAC acknowledges that martial arts are respected warrior traditions that date back for centuries in all cultures. The directive of the warrior-way edifies discipline, respect, self-control, humility and service. For martial artists of Pagan backgrounds and faiths, these core tenants are reflected in Pagan-based customs as well as the fundamental principles upon which their life is based- regardless of one’s spiritual affiliation. Pagans are recognized as seekers of knowledge and wisdom.

The Pagan Martial Arts Council has been established to unite and support Pagan’s within the martial arts by providing a professional membership organization whereby Pagan martial arts students and instructors can aid, promote, connect, support and mentor- furthermore providing one another to prosper good works through their martial arts school within their local communities.

PMAC offers membership for both individuals as well as schools. Membership dues are annual to help support the ongoing organization efforts of PMAC to the martial arts community.

Membership is open to both Pagan and non-Pagan’s alike without discrimination; applicants that must complete the PMAC membership request. Membership in PMAC is voluntary and is not considered an endorsement of an individual or school’s character, conduct or belief system. To learn more about PMAC see their website at http://pmac.yolasite.com/ .

Buying An Hour of Daddy’s Time