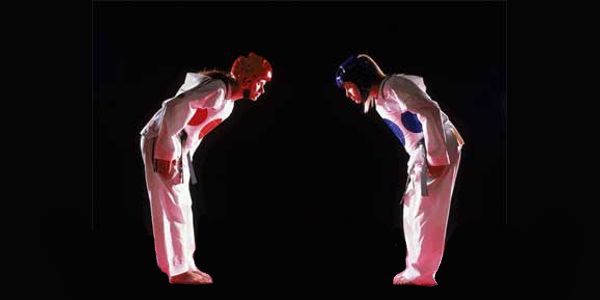 The Traditionism of Budo – Have we lost it to contemporary fast-food values?

Not long after retiring from the Air Force I was helping officiate at a local Karate tournament in Edinburg, Texas. I was the center referee of the male junior advance division. The two competitors before me were clearly not an even match. The brown belt was out classed by the more experienced black belt, save in one area. He was a better sportsman with a more appropriate overall attitude. After warning the young black belt about excessive contact and taking away a point after he ignored me, I was prepared to eject him from the competition when time ran out. Just after the two bowed out to each other his older brother, also a black belt, commented in a rude and disrespectful way that I was making too much of the contact issue. He felt the other competitor should have been a better fighter. I told him his brother should have demonstrated sportsmanship befitting a true black belt. I was told later this older brother flipped me off when my back was turned. I found his instructor, a guy who runs a school in Edinburg, and explained to him what had happened. I told him bluntly to his face I didn’t blame his students but him. He was their instructor. They were merely a representation of attitude and teaching style they had learned from him. I was to discover later this instructor, now an 8th Dan, was only a brown belt in the middle eighties.

I share this with you because the experience was resurrected in my memory during a recent discussion with a fellow senior black belt friend of mine from McAllen, Texas. The conversation started with David asking me what I taught my students in an effort to teach them aspects of the martial arts beyond technique. In other words, what behavioral attitude did I want my students to adopt? How did I expect them to conduct themselves at home, in their schools or at work?

Before I answer that question, I’ll give you a brief description of my upbringing and training in the arts. I started at a young age in the early part of the 1960. Finding a school was difficult. The small town of Vincennes, Indiana where I lived lacked any schools or clubs. A neighbor’s son-in-law was an Army Paratrooper and he started me off with basic Jujitsu techniques. Later I met a young man in his twenties who was a brown belt in Shotokan. He worked with me for a while as well. During my junior and senior years in high school I was able to training in a newly formed Korean karate club at the local community college. Throughout the training I received during the sixties and seventies my instructors were hard and instilled strict discipline. If you were late there was punishment. If you conducted yourself with dishonor or demonstrated bad sportsmanship there was a price to pay. What I learned in addition to kicks, punches, self-defense, and katas was there was a proper attitude and level of personal conduct that was expected. I was taught that being a black belt was much more than being able to fight. It also included being a person who was considerate of others; a person who looked out for the weak and helpless among us. Being like a Samurai (a servant) who understood the true meaning of Budo. The instructors who taught me walked the walk, and talked the talk – to coin a cliché.

In order for us to be on the same definitional page, Wikipedia gives the following definition of Budo:

Budō is a compound of the root bu, meaning war or martial; and dō, meaning path or way. Specifically, dō is derived from the Buddhist Sanskrit mārga (meaning the ‘path’ to enlightenment).[1] The term refers to the idea of formulating propositions, subjecting them to philosophical critique and then following a ‘path’ to realize them.[2] Dō signifies a ‘way of life’. Dō in the Japanese context, is an experiential term, experiential in the sense that practice (the way of life) is the norm to verify the validity of the discipline cultivated through a given art form. The modern budō has no external enemy, only the internal enemy, one’s ego that must be fought.

The point of this article is to ask the question of the reader, what is your view on how students should be taught the more intrinsic aspects of the martial arts. We all strive to teach our students how to kick, punch, perform kata, spar and defend themselves, but what do we teach them about being responsible people?

Most of you will recall the first Karate Kid movie. There were two key lessons in that movie. One was fighting for the right reason. The Kobukai instructor taught his minions to have no mercy, take no prisoners. Miyagi, on the other hand, instructed Daniel the proper reasons and attitude for fighting. The most profound statement uttered by Miyagi was after he had rescued Daniel and the young man had asked him if he was a black belt. Miyagi laughed and said, “oh ya, Sears $3.98,” while pointing to his pants belt. Miyagi went on to tell his soon to be protégé that, “karate is here (pointing to his head) and here (pointing to his heart), not here (pointing to his waist).” Other martial artists have attempted to say the same thing in various ways in other Hollywood movies, but none of them hit the nail quite like Miyagi San.

So where have we as American sensei come over the past several decades as martial artists? How many of us truly teach these more important values of the arts? How many of you only focus on tournaments and trophies, with the only character building efforts coming when the student wins? In my nearly 50 years of studying, training and teaching both here in the states and in Europe, I’ve been fortunate to see really good students who were a credit to their sensei, and sadly those on the other side of the isle such as in the example above. As new fads come forth, and movies continue to drive the changing focus of the public in evolving areas such as mixed martial arts, will the traditional values of the old styles survive? Or will the desire for fame and a fast buck win out? Ask yourself that question the next time you watch the egotistical demonstrations of current day combatants who are now influencing the present and future generations of potential martial arts students.

Teachers of Reason and Judgment

USAdojo - August 10, 2006
We use cookies to ensure that we give you the best experience on our website. If you continue to use this site we will assume that you are happy with it.OkRead more