Home Learning Center The Way of the Warrior By Chris Crudelli 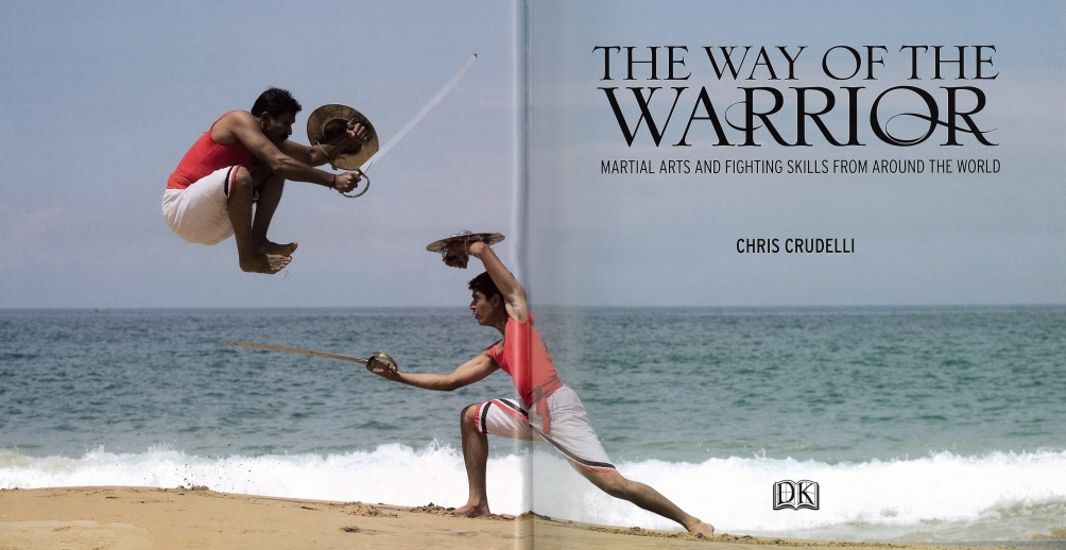 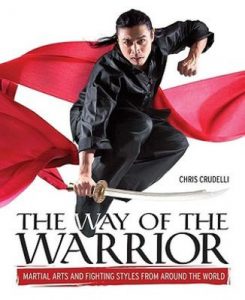 Chris Crudelli is the author of The Way of the Warrior: Martial Arts and Fighting Styles From Around the World, a magnificent visual guide to the martial arts with stunning photographs throughout the entire coffee table sized volume.

The book is divided into different geographical regions and focuses on the indigenous and imported styles found in those regions. India and South Asia, China and East Asia, Southeast Asia and Oceania, Japan and Okinawa, Europe, Africa, Middle East and Central Asia, and the Americas are all covered. These sections describe more than 300 fighting styles.

This book covers all the well known arts including Judo, Karate, Taekwondo, Aikido and more, but for those who love those obscure arts like Aki Kiti, Ba Ji Quan, Mizongyi, Taekyon, Banshay, you will also find them covered in this book. There are old photographs and pictures of ancient drawings. There are modern photos of incredible displays of martial prowess taken with fantastic and beautiful backdrops. There are action shots from competitions and martial art demonstrations as well as shots from training sessions and ancient training halls and temples.

Everyone who loves the arts will cherish this book for its beauty and as a valuable resource.

The book describes the various fighting styles, the key players in that particular art’s history and discusses the modern masters of that art. The book illustrates the key weapons used in various styles and describes the principles and theories behind the styles. An added bonus of this book is the fact that it briefly discusses the culture and style of each of the countries along with the incredible photographs.

Carefully placed among the descriptions and colorful pictures are quotes that capture the spirit of the various arts and of the warriors who helped shape them into methods of fighting and for many, a way of life. Karate Master Gichin Funakoshi’s quote is just one example:

“The ultimate goal of karate lies not in victory or defeat but in the perfection of the character of its participants.”

This book is a work of art filled with a wealth of information and should find its way into every martial warrior’s library. It is the perfect gift for any martial artist, but if no one buys it for you, treat yourself to this rare and beautiful adventure in pictures and text. You will not regret it!