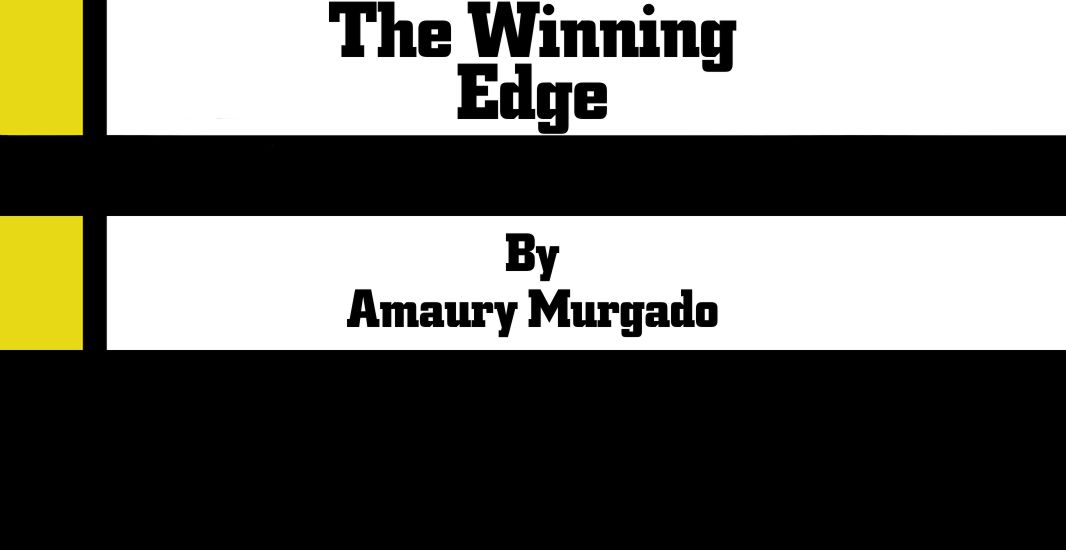 Takedowns, holds, and poundings, oh my!
Don’t pay attention to the man behind the curtain, Dorothy; you’re not in Kansas anymore. The man behind the curtain in this case represents all those who support the notion that MMA’s grappling poses one of the biggest threats to officer safety in law enforcement. Just as the person behind the curtain in “Wizard of Oz” proved to be a normal man who created the illusion of being a great and all-powerful wizard, so, too, has the mixed martial arts (MMA) been elevated to the same all-powerful status. Over the past decade, these mighty MMA wizards have promoted the belief that every fight ends up on the ground so you might as well just throw yourself on your back at the start of your shift and get it over with. But as the great wizard’s power was eventually put into perspective, I hope to do the same by presenting a more balanced view of MMA. Let’s be clear, I have nothing but respect for anyone who dedicates time and energy toward training. However, it’s our failure to train properly that gets us into trouble. the threat we face in law enforcement today is not from MMA or anything like it. The biggest threat we face is ourselves.

A Reality Check
Guys like me remember the rise in U.S. martial arts popularity. Though its schools started appearing in the 1950s, martial arts didn’t take hold until the mid-1960s. While karate tournament legends like Chuck Norris, Lewis Mullins, Victor Moore, and Joe Lewis helped foster respect for martial arts, its role in the entertainment industry was what kicked things into high gear. With Bruce Lee leading the way, and other cultural icons such as David Carridine’s Kwai Chang Caine in “Kung Fu” and Tom Laughlin’s eponymous Billy Jack supporting the cause, it wasn’t long before chains of martial arts schools dotted the international landscape. 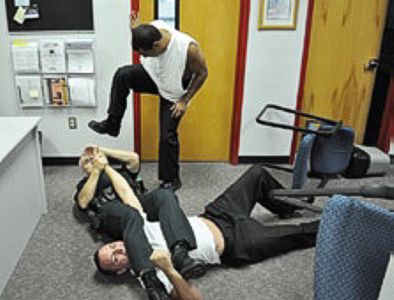 Fast forward to today. Evident interest in the martial arts hasn’t waned but intensified. Newer arts might be the current flavor of the month, but older, more traditional styles are still going strong.

In fact, media sources have estimated between 12 and 20 million people practice some type of fighting art in this country. With numbers like that, coupled with the diversity of fighting arts available, we should not be worried about any one single fighting style let alone one aspect of it.

What MMA is and is Not
Martial sport is not Martial art. It’s important we acknowledge the difference because it impacts our training. Martial sport has rules for participants. It has strikes you can’t use, referees, nearby medical, and matches that get stopped when necessary. Martial art, which means military art, was born from battlefield combat. Its effectiveness was measured in life and death and not by how many people sign up for pay per view.

In law enforcement we have our own form of battlefield. We have rules and the criminals do not. Like warriors of old, we have the potential to fight in life and death combat. Bottom line, there is no sport in what we do. Would I like to get punched by an MMA fighter? No, but then again I wouldn’t want to be punched by anyone— and that’s my point.

We have focused on the popularity of MMA so much that we can no longer see the forest for the trees. Marketing and hype may have led some to believe MMA is new; it’s not. The grappling in MMA, which seems to be most people’s focus, comes from several sources, all of which have already been practiced in this country for more than 50 years.

Aficionados tend to think Brazilian jujitsu is the discipline that started it all. I liken that view to that of a young person hearing what he thinks is a new song but in reality is a remake of an older tune: There is nothing new in martial arts, just a resurgence of the old.

For example, Brazilian jujitsu is mostly a highly refined form of judo. Open any judo book and you will find submission holds and takedowns used in MMA. I was doing them in junior high school Judo back in the early ’70s. Any junior high wrestler was doing similar takedowns and holds as well. I have yet to see any police magazine article suggesting we face a serious threat from judokas or wrestlers.

MMA has developed into a popular sport but there are a lot of other fighting arts still out there. Be careful how you interchange popularity with threat.

The Impact of MMA
I have been a cop for 23 years, 20 of which have been on the street. The only time I went to the ground was when I took someone there myself with a takedown or strike. If you ask around your agency, you might find similar results. I would love to meet the guy that has everyone thinking that most fights end up on the ground. Maybe he has been taken to the ground most of the time and is in serious need of reconsidering his training.

The main reason cops end up on the ground is they have no overall strategy, use poor tactics, and have little to no combative skills. Look at the videos we show in training. They consistently demonstrate an officer’s penchant for gross errors and a lack of skill. It’s very seldom that a clip shows an officer simply being overwhelmed by an aggressor of superior
skill. If an officer doesn’t have any combative sense and just holds on for dear life,
of course he or she is going to get knocked down. That’s a training issue, not the result
of MMA.

And yet marketing, hype, and viewer popularity have been so pervasive with MMA that fear of it has impacted all types of law enforcement agencies. I can deal with that as long as the focus of our training remains on core skills that avoid being taken down in the first place. The MMA influence has a dangerous aura that screams that it’s not only all right to go to the ground, but inevitable. Such training reflects the biggest knee-jerk reaction in law enforcement combatives history.

What Should Your Focus Be?
Your training should focus on fact and not speculation. It should be based on real world conditions. For example, how often does your agency conduct combatives training—specifically ground defense—in full uniform and gear? If the answer is rarely or never, you should be asking yourself why, because no one patrols in a T-shirt and sweat pants. As a minimum, consider wearing tactical pants, a ballistic vest, and your full duty belt with some
type of plastic replica gun.

Psychological aspects also need to be considered, as every encounter starts and ends with our minds. Your focus should revolve around the physiological changes that occur under high stress. You need to understand how to use gross motor skills and mental toughness to your advantage. Find ways to maximize your techniques while conserving energy.

Luckily, you don’t have to reinvent the wheel. Subject matter experts like Lt. Colonel
Dave Grossman, Loren Christensen, Michael J. Asken, Lt. Kevin Dillon, Tony Blauer, Gavin DeBecker, and the folks at the Force Science Institute work extensively on related subjects. References like “The Warrior Mindset,” “On Combat,” “Finding Your Zone,” “The Gift of Fear,” “Fighting Science, and “Unleash the Warrior Within” are must reads. Programs like
Fight Science, Fight Quest, and Human Weapon that illustrate body mechanics and different fighting styles are a must see. If none of these concepts and references sounds familiar, the least of your worries is MMA.

Thoughts on Experience
With all of the training I have done in Asian martial arts over the past 37 years, I have been exposed to hundreds of individual techniques that can easily create thousands of possible combinations. As an officer, however, I tend to use a straight and reverse punch, the palm heel, elbow and knee strikes, the front kick, and a low roundhouse the most. Typically, one of these techniques leads me to a throw, arm bar takedown, or leg sweep. That’s less than 10 techniques over 23 years.

I’ve practiced these few techniques to the point of unconscious competence. That’s what you should be looking for when training to control aggression and combat violence. It’s where you should spend the majority of your training time. It’s better to have a handful of techniques you know well than a bagful you don’t.

As a combatives instructor, I do not advocate police officers participating in martial sport. The reason is quite clear: How you train is how you perform. Unfortunately, this phrase has become so commonplace that people ignore its wisdom. Under real world conditions, you will default back to what you’ve done the most.

I have seen grapplers and wrestlers at in-service training do flawless takedowns only to shoot for a submission hold instead of going into a handcuffing position where they could assess the situation and look out for multiple attackers. They go for the grappling hold over and over, even after being corrected. Their unconscious competence in martial sport has set them up for disaster.

Closing Thoughts
Ground defense should be included in our training but grappling should never be a main focus. We need to focus on obtaining control while on our feet and staying there. Our danger is not from martial sport or martial art. Our biggest danger comes from ourselves because we fail to maximize the few skills we have. We can no longer afford to ignore core skills that are born out of our psychological and physiological responses under stress. Don’t let the wizards of hype and marketing guide your training.

Amaury Murgado is a road patrol lieutenant with the Osceola County (Fla.) Sheriff’s Office. He is a retired Master Sergeant from the Army Reserve, has 23 years of law enforcement experience, and has been involved with martial arts for 37 years.

The Winning Edge: Less Is More

Best Practices: Effective Decision-Making Based on Defining the Problem