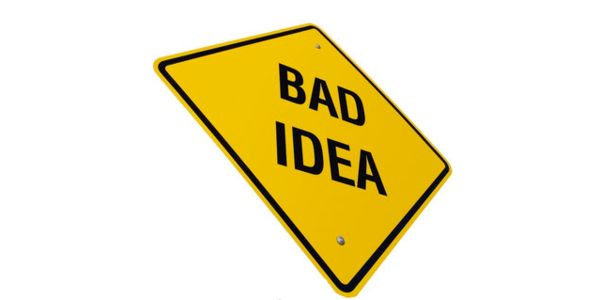 A gun alone is not self defense. By itself it is simply a gun, a tool and nothing more. Loading the gun and firing at a stationary target is not self-defense.

There exist an extremely dangerous and ill-conceived idea among some gun enthusiasts that simply having a firearm will provide all the self-defense protection a person will need. Just this past weekend I had a gentleman who stopped by my booth at a trade show commenting, “yeah I don’t need any self-defense training because I have my Permit to Carry”.  I asked this particular gentleman if he had participated in any additional training after taking his State Mandated Permit to carry course, such as Tactical Pistol, Knife Defense Training, Weapon Retention, etc. The gentlemen responded that he had not. I continued on to ask if his Permit to Carry Instructor taught him how to properly carry his firearms, draw from his holster, how to perform emergency reloads and how to use cover and concealment in a gunfight. This gentleman simply responded, “I don’t need any of that fancy stuff, I have been around guns my whole life”. As the conversation unfolded the gentlemen volunteered that he does not practice drawing from his holster, does not practice his reloading skills or even dry fire exercises. The final straw was when he commented he only live fires his carry weapon about twice a year. I politely removed myself from this particular gentleman and continued with the business of the day knowing that some people prefer to live in the self-deluded belief that they could protect themselves if the time came to it without any realistic training.

The art of self-defense combines the aspects of biomechanical techniques, mindset, training and tools. Without in-depth knowledge and training in all these areas of self-defense, a person is unprepared for the reality of violence. Guns, knives, Martial Arts, violence awareness and prevention seminars, etc are simply tools that one can use in a self-defense scenario, but by themselves alone they are not the embodiment of self-defense.

Now I love a person with confidence as much as the next person but let’s be honest, self-confidence is one thing, self-delusion is another. Just because I’ve been driving the majority of my life, does not mean I can win a NASCAR race. Throughout my career as an instructor I have always been amazed that there are some people who prefer to ignore reality and believe that some small token of training or purchase of a weapon is all they need, ignoring the fact that any self-defense skill is perishable and may not have been appropriately understood in the first place. Many people buy a firearm for either home or self-protection and believe that just having the gun on their person or in their home is the only self-defense measure needed, ignoring the fact that anyone can have their own weapon turned against them.

My experience as Law Enforcement, self-defense and firearms instructor for the past 20 years has taught me many lessons and I feel I can no longer ignore these dangerous myths and misconceptions that have already cost people their lives. For some, it has become more convenient to believe a fallacy then to take action and train and prepare.

A gun alone is not self defense. A gun by itself is simply that; a gun, a tool and nothing more. Loading the pistol and firing at a stationary target is not self-defense. Having a Permit to Carry a Pistol alone is not self-defense. From 1993-2002, in the United States, there were 636 Police Officers feloniously killed in the line of duty[1]. The majority of these officers died engaged in an encounter they knew could potentially end their lives. Unfortunately, 78.6% of the 636 officers killed in the line of duty never even cleared leather. What makes Joe average permit holder think they will do any better then Professional Law Enforcement Personnel who enter life or death situations every day and train for these types of encounters regularly? Even trained Officers who survive gunfights often miss the bad guy they’re aiming at. It is very different when your target is screaming, running and shooting at you. Very few civilians and permit holders ever receive training or practice weapon retention techniques ignoring the fact that from 1993-2002 there were 46 officers who were feloniously killed by their own weapons[2]. Many staunch guns advocates would rather ignore this fact and dismiss it as anti-gun rhetoric and embrace their false belief that the gun itself is protection and personally owned firearms pose no threat to the owners themselves.

Myth 2: “I’m a combat vet and I saw the worst fighting.. it’s like riding a bike”

Fact: All self-defense skills are perishable. You will respond in a life and death situation the way you train. If you are negligent in your self-defense handgun skills training, you and your body will respond in such a manner. Surviving wars, fights or earning a black belt, etc. alone does not prepare us for the ever-changing brutal reality of violence unless we are constantly training and updating our skills. Surviving such situations does give us insight into the reality of violence and life or death situations, but it does not make us impervious to bullets. If we ignore the lessons of the battlefield and consciously choose not too train in a realistic and effective self-defense manner we are ignoring a life lesson imparted upon us. Many Heavy Weight Boxing Champions have shown us the dangers of complacency. Many past Boxing Greats have rested on their laurels, accomplishment and egos and allowed themselves the luxury of slacking off on their daily training regiments believing that their past greatness will still win the day, only to be shocked and dismayed when some unknown under-rated boxer steals the world title from them. A gunfight is no different. Just because you survived a War does not mean you will survive the crack head breaking into your house at 2 in the morning.

Myth 3: “I carry a gun every day, so I have nothing to fear from knives”

Fact: Under 21 feet a knife will win every time against an untrained shooter. Many people refuse to believe this until they see an actual demonstration. Time after time, Many instructors in the law enforcement community demonstrate the “Tueller” drill and watch as the faces of our officers show concern and fear because their myth of “a gun as a superior weapon” was demolished by this simple demonstration where a knife wielding attacker covers the 21 feet and cut the officers throat with a training blade while they fumble with their weapon. Knives are actually one of the biggest threats to officers. Knives are a dangerous weapon that can be employed at point of contact, creating massive permanent wound cavities, causing mechanical and biological trauma with excessive blood loss leading to shock and death. 10% of all officers who are shot in the line of duty die whereas 30% of all officers attacked with a bladed weapon die[3]. These facts become truly terrifying when we also consider that the majority of all self-defense shootings occur under 10 feet, which is well within the kill zone range of bladed weapons. Dealing with bladed weapons is actually an extremely important training aspect for Law Enforcement Instructors and we must constantly be training ourselves and our officers on the latest techniques and procedures so we can defeat the knife-wielding suspect while on duty, especially since most knife attacks against officers occur either during the interview process within the personal space or during an attempt at arrest.

The essence of self-defense is the ability to defend oneself against an attacker using any and all necessary violence of action to end the threat against ones life. Any weapon is just a tool that we use in defending ourselves. Whether one uses their own body, a knife or gun to defend themselves, the principle remains the same, that to survive an attack on your life, one must realistically train and be honest with oneself about their self-defense skills.

Sudden Violence Against Civilians: Are You Prepared?

Are You Prepared for a Violent Street Attack?