LOTAR is a complete combat concept, derived from real-life situations and personal experience, LOTAR focuses on teaching techniques that recognize, assess and neutralize a threat in the quickest, simplest and most instinctive way possible.”

In the beginning there was KAPAP, which means face to face combat (krav panin l’panim in Hebrew), this included only the fighting techniques that were necessary for the battlefield. These included hand-to-hand combat, stick-fighting using short and long sticks, live and edged weapons, and obstacle courses designed to toughen them physically and mentally. KAPAP was the guerilla warfare combat techniques utilized by the first Israeli Commands who fought for the creation of Israel. From these KAPAP techniques the primary people involved went in different directions some took out the military applications and created Krav Maga, which was geared more towards a very basic self-defense system.

Kapap is the former term for the modern term LOTAR. LOTAR as a style continued to be cultivated and became Micro Combat or LOTAR. It was at this time that the innovators of the LOTAR system changed forever the training style of LOTAR by creating a more dynamic approach in place of the static training that was in place at the time. This Dynamic approach integrated incredible stress induced tactics teaching the student how to react to the ever-changing combat environment while under stress. The system of LOTAR kept moving and changing to address changing world of Counter Terrorism in Israel and continues to do so through present time.

Until recently LOTAR has not been taught outside of Israel. Former Israeli Defense Force Major Avi Nardia, a veteran martial artist and former LOTAR instructor for the YAMAM (Israel’s most elite Counter Terrorist Unit), The YAMAM employs only battletested techniques, which have been cultivated over time and personal experience. The martial art and theory of LOTAR is the backbone of the YAMAM Counter Terror System it operates under the idea that, the simplest instinctive method of self-defense is the most effective

Under the instruction of Maj. Avi Nardia and the staff at LOTAR International, the System of LOTAR has been opened to both Law Enforcement and Civilians for the very first time outside of Israel.

LOTAR encapsulates the entirety of fighting techniques used in close encounter combat – from empty hand, through the use of edged weapons and firearms, up to infiltration and sabotage training, as Israel’s elite forces practice them. It combines shooting and self defense and analysis of all kinds of different and unusual violent situations, using any available weapon or improvising one, considering the environmental conditions – urban or rural, light, ground, water and weather, and long, short and close distance.

With the recent terrorist activities brought to light in the last two years and the number ADW (Assault with a Deadly Weapon) cases at an all time high, civilians, law enforcement, and even the military are now more than ever vulnerable to random acts of violence. Personal security is no longer an assumed right. Armed burglary, rape, murder, home intrusion, aggravated assault, carjacking, kidnapping, and terrorism are on the rise. Random acts of violence are occurring at this moment, without warning and without prejudice.

Civilians of all ages, business executives, and the corporate traveler are all at risk the moment they walk out the door or unfortunately even before. LOTAR, derived from real-life situations and personal experience, focuses on teaching techniques that recognize, assess and neutralize a threat in the quickest, simplest and most instinctive way possible.

September 11th brought devastation and terror never before seen by this country. Since that infamous day, we have come to the unacceptable realization that the most powerful military in the world and that U.S. law enforcement was and presently is not adequately prepared to combat such horrific acts. Acts of terrorism cannot be fought with solutions wrought by probable scenarios. The YAMAM, the elite of the elite within the Israeli Special Forces are considered the best in the world when it comes to Counter Terrorist Tactics and Execution. Their reputation has been borne out of continuous cultivation of real life Counter-Terror theory and methods due to the never-ending terrorist activity, fought on a daily basis. These battle-tested theories and tactics have been proven time and time again to work under the most stressful and realistic conditions.

The majority of existing martial arts schools, although based on martial art and theory, have lost the actual application of the techniques that they are teaching. LOTAR has been created around the modern day martial application, continually modified to address the ever changing world and the need for new and evolved.

YAMAM – counter terror elite force Intelligence team member former and the unit combat instructor, Major Avi Nardia is aware of most of the Military Special Forces and Law Enforcement techniques in Hand to Hand combat as well as the Physical and mental requirements to combat terrorism on all levels. In Israel he is the only instructor that teached at ” Nativ ” unit, Yamam unit ,IDF and also the Israeli police operational academy .Major Avi Nardia has the real-life experience in combating terrorism around the world this experience cannot be taught in a classroom or in a training hall but must be hard earned on the Battlefield. It is this experience that sets him apart from other Martial arts Instructors around the world. 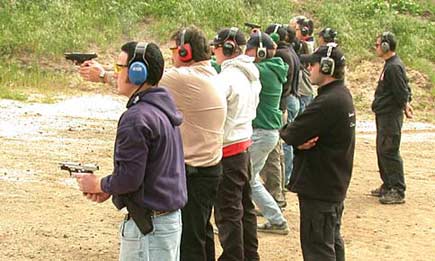 Avi was also involved with the Israeli Social Service program in teaching Kapap-Self Defense to Battered Women and rape Victims.

Avi specialized in Traditional Martial Arts as well as Modern sports sciences, he has a BSc and is a certified Athletic trainer, certified sports therapist, Fitness and Weight room instructor, certified coach from Wingate Sport University in Israel. You can reah Avi through email: avi@avinardia.com

History of Lotar and Kapap