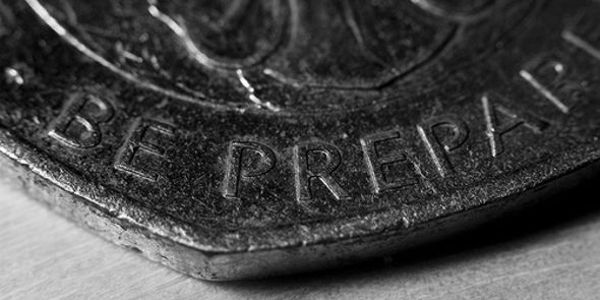 Throughout my fifty plus years in the martial arts, nearly forty in law enforcement, and twenty years in the military the topic of training has been discussed and debated. From a cop’s view we can’t get enough, but it cost money and time. Many of our city fathers or county commissioners don’t want to provide the requisite funds. They don’t understand its importance. Add to this their lack of knowledge regarding an attitude of deliberate indifference to the importance of training, and you have the makings for a great civil lawsuit. When we do train we spend the lion’s share on the firing range. Yet when we have to use force the majority of the time it’s in a physical nonlethal nature. Those officers who understand the importance of hand to hand training (self-defense and come-along tactics) seek instruction outside their departments at their own expense. They are to be commended. Sadly they are the exception rather than the rule. The vast majority of their colleagues maintain the mindset,  if they want me to train they can provide the time and money for me to do it. That attitude does not serve them well when the chips are down. Officers cannot afford this kind of attitude. They must realize their survival is no one else’s responsibility but theirs.

For the purposes of this article I’ll focus on my experiences in order to illustrate my point.  My observations are not meant to insult or poke fun at groups mentioned, merely to discuss what those of us in that respective venue know to be true. These comments are a statement of fact, nothing more.

In the martial artists community many focus on sport competition. Of the three areas we emphasize (the sport, the art and self-defense) in our training; the sport aspect is the least important. The fault in this lies with the instructors who run the schools. Many of them are more interested in trophies and awards, and less concerned with their student’s ability of self-defense in the event of an attack. This requires these students to practice defenses against a variety of attacks regularly and redundantly in order for their abilities to become conditioned. Once they have arrived at this conditioned state their reactions will be instantaneous in an attack. Likewise their self-confidence and competence will also improve. If all they do is practice sport type sparring in preparation for competition they will not be prepared for the streets.

To be prepared for street survival you must first know there are NO rules. There are no issues over excessive contact or illegal techniques. You train to stay alive. The more you train and the longer you prepare the better you are at applying a varied response. By this I mean knowing what level of force to use. If a drunk friend is being obnoxious and pushy you don’t want to break his arm. Merely applying a joint lock or knocking the wind out of him will suffice. On the other hand if the person is unknown to you, but unarmed, your response can be more debilitating without breaking something or being lethal.

I teach my students a three pronged approach that incorporates light, moderate and hard responses. The nature of the response is dictated by the threat. It is in this area each person must learn to judge for themselves. What might not be considered as a serious threat by me might be to a young lady of smaller stature. In speaking with a friend the other day who was taking classes in Krav Magra we talked about appropriate uses of force. I explained the training she was receiving was very good, but it focused on taking the other person out in a very dramatic way. That may be appropriate in one circumstance, but not in others.

Training, regardless of the reason, provides us with an increased confidence in our ability to function at a specific level of competence. A person who trains to become an EMT first must learn the basics of becoming a first responder. He conditions himself to look for specific indicators upon arrival at an accident scene or other situation where injuries have occurred. Identifying the mechanism of injury helps the EMT to focus on some things while ruling out others. As the medic becomes more proficient he also becomes more confident.

Likewise martial artists and police personnel must train towards a similar level of confidence and competence. One day while traveling with my family shortly after having retired from the Air Force, we came upon a traffic accident on the expressway. I pulled our car into the medium and ran over to the car that had been struck by the axle of one traveling the opposite direction. I checked the occupants to see if they required medical attention. Once satisfied they were not seriously injured I ran over to a lady holding a cell phone. I ask her if she was calling 911 to which she stated she was. I identified myself as a police officer and got her permission to take over the call. Once the operator answered I told her who I was and described the nature of the accident. Because the car that was struck was partially on the inside lane on the downhill side of a bridge I was concerned they would be struck by oncoming traffic as they came flying over the bridge at 70 miles per hour. When the first marked police unit arrived on the scene I instructed them to go to the other side of the bridge and begin directing traffic to the outside lane. As other officers arrived I briefed the senior patrolman and rejoined my family. As we were driving away my older daughter asks me how I knew what to do. I merely told her it was a combination of training and experience. Some years later that same daughter went into a panic when her eighteen month old little boy began having a seizure. Later, after tending to my grandson, I explained to her she should get training as a first responder or even as a basic EMT. She had panicked because she felt helpless. She didn’t know what was happening or how she could help her son. Had she received the kind of training EMT’s undergo she would have been better prepared for such an experience.

Training is something that cannot be over emphasized. We need it initially to develop the basic skill sets and attitude that allow us to function in a given situation. Intermediate and advance training enhances these skills sets and allows us to function at a higher level. None of this will happen unless we train on a regular basis. Training helps us develop the necessary conditioned reflexes to immediately deal with a problem as it happens. It also prepares us for a variety of possibilities. An example of this is when you find yourself walking down a hallway. As you come to the corner a person comes from the other direction in a rather abrupt manner. A non trained person would jump and probably let out a startled scream. The trained (prepared) person would take a quick step back while simultaneously raising his hands. The raised hands might be perceived by another as a gesture of surprise. The trained eye would see it as the person stepping back into a guard stance.

People who train seriously to defend themselves practice defensive and offensive responses to a myriad of attack scenarios. By doing this they not only enhance the ability to react instantly, they also develop a keener awareness of what to look for in the assailant’s body language before they launch their attack. As a street cop having this edge provides added reaction time, especially when there may be more than one subject to be prepared for. In the gym (dojo) I tell my students they should practice their skills as realistically as possible. A few bumps and bruises here will lessen the chances you bleed on the street  or worse.

Throughout my years of training and teaching I have always maintained the philosophy of preparing to fight, in the hope of never having too. This is the same philosophy true warriors in all walks of life follow. Past programs on Spike TV also made this point. On Saturday mornings Spike had three programs. One was entitled, Because Life Depends On It. That program was followed by What If and Conceal and Carry. All of these programs emphasized the importance of training and being prepared. Though the main thrust revolves around being armed, as this is the easiest and quickest way to prepare yourself, the point remains training. I often ask people how they would react if they dialed 911 and got no answer. Without training to defend themselves and their families, or to provide emergency medical care until help can arrive, they will panic and scream at the walls. The helplessness that will grip them defies description. With training and preparation such panic can be avoided.

The Boy Scouts motto to always be prepared is one we should all strive to adhere too. Like I tell my wife when I leave the house carrying my umbrella and she says it’s not suppose to rain, “I’d rather have it and not need it, than need it and not have it.” The choice is yours.