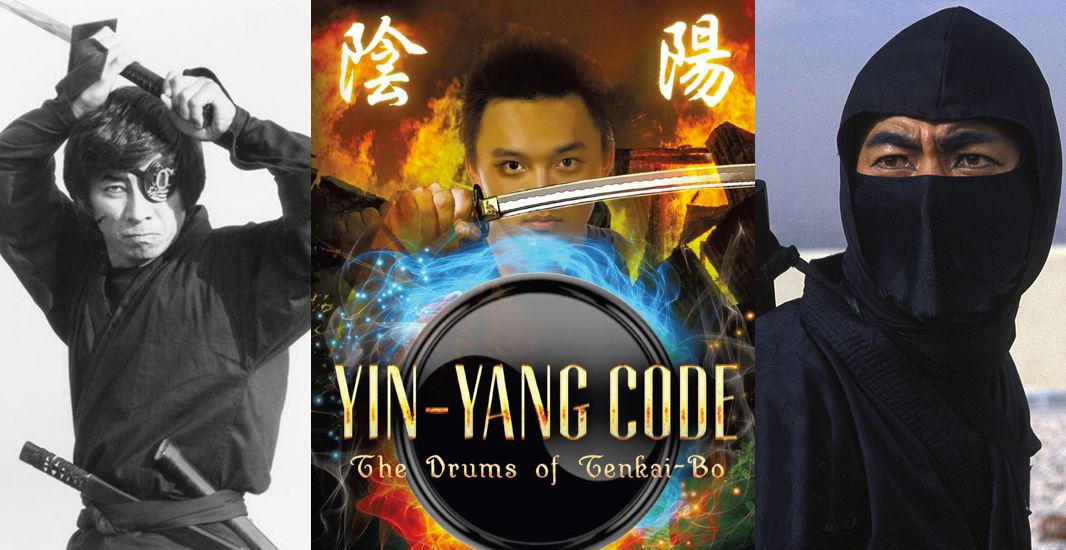 Yin-Yang Code: The Drums of Tenkai-Bo is the story of an orphaned Japanese student at UCLA who, against his grandfather’s wishes, returns to his home country following the tragic loss of his close friend and university professor, only to discover a malevolent force that aims to take away everything he has left … and more.
Sho Kosugi
Sho Kosugi is a Japanese martial artist with extensive training in Shindō jinen-ryū Karate, Kendo, Judo, Iaido, Kobudo, Aikido and Ninjutsu He was a popular figure as an actor during the 1980s, often playing ninjas. He was an All Japan Karate Champion.

Chaney has provided art and illustration for many publications including 5 novels. His artwork and sculpture is on display in England and in the United States. His art-sculpture, “Sherlock Holmes”, resides with the Sherlock Holmes Society of London but has been on traveling display as part of the “Sherlock Holmes Art Exhibit”, in the United States.
During a lengthy business and academic career, Chaney established the first University Health Services Administration program for the state of Texas, served on multiple boards of directors and advisory boards of public companies and is considered a leader in the field of self-directed neuroplastic development of cognitive functions.

Chaney’s film and television work won awards at the New York Film Festival, Houston World Fest and an Emmy for the production opening of his Y2K – World in Crisis miniseries. He won best-director, producer, and screenplay awards at the CineCon, Critics’ Choice, and American Cinema Awards. Chaney retired from film and television in 1975 and served as CEO (Chief Executive Officer) for the Mind Technologies Institute until the company sold in December 2012. He now writes full time.

Fade to White: Rank and Position in Martial Arts

What is Traditional Karate?