When I was training we spent a lot of time in conditioning the weapons. We worked on the makiwara training for hours, often until our hands were bleeding. We conditioned the hands and feet until they calloused and the bones thickened.

You’ll find little Zen included here but it’s a pretty nifty title, don’t you think? It’s no secret. I’m a big proponent of ‘back in the day’. Things are changing so fast that today’s innovations are obsolete the day after tomorrow. I’m amused by the commercials that have children telling slightly younger children how hard they had it back in the day. Pretty funny stuff but not so far from the truth. Not so much that these kids ‘earned their bread in the sweat of their brow’ but things are changing that fast.

As a kid I was burdened with listening to how hard my father had it as opposed to the easy road I got to trod. I’m still trying to figure how my father had to trudge to school barefooted in the snow (in Mississippi yet) uphill both ways. Okay, my Christian brothers. I have to repent behind that one. That may have been a slight exaggeration but I believe you get my drift.

Well, let me tell you ‘ youngons’. You don’t know how good you have it. Back in the day karate classes easily ran for four hours or more. I usually worked my students until they could no longer function. That indicated when class ended. In the old World Karate Federation under John Keehan (aka Count Dante) we had a saying. ‘Class wasn’t over until there was blood on the floor’. Sounds crazy but too often that was the case. We literally trained until we dropped.

I look at how martial arts classes are taught today and how they were taught when I was a young kyu ranked student. Many of the instructors had honed their skills in the military. Marines and airmen did tours of duty in Okinawa and army and navy personnel did the same in Japan.  When they came back to the States to teach they brought their military attitudes and methods with them. Actually it went back further than that. During World War II martial arts was taught for combat. That militaristic attitude influenced both the Eastern and Western arts. Martial arts classes took on the characteristics of boot camp. Today martial arts have become commercial and like any other business it caters to its customers. Consequently the needs and sensitivities of the customer too often determine the content and methodology of the classes taught. Work them too hard and you lose students.

Modern teaching methods have made the teaching of the arts more efficient and less painful but I wonder what has been lost with this trade off. The martial arts are, after all, about combat and if they aren’t taught with the necessary intensity one has to wonder how realistic the end results are. Soldiers aren’t pampered in basic training because they won’t be pampered on the battle field. Hardship is part of war. You will receive no polite consideration on the field of battle. In the end how you train will determine how you fight.

I realize that the ‘do’ concept of the martial arts means that it isn’t all about combat and physical confrontation. We’re trying to build better human beings, not trained killers but in the end a martial art that isn’t effective in combat isn’t a martial art. It takes on more of the characteristics of American football, combative in nature but not in intent. Following too much of that approach will have us (like children) playing at combat. 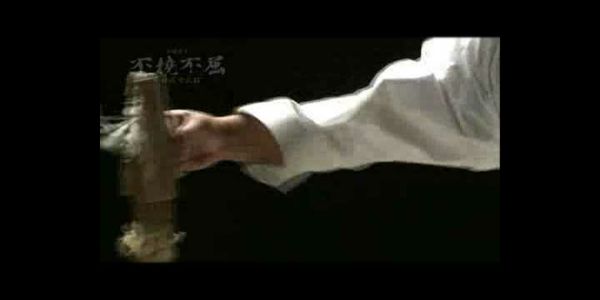 When I was training we spent a lot of time in conditioning the weapons. We worked on makiwara training for hours, often until our hands were bleeding. We conditioned the hands and feet until they calloused and the bones thickened. Karateka sported large knuckles and calloused knife hands. Some of us even went so far as to shove our hands into buckets of sand, gravel and iron filings. That’s crazy but we were fanatical about conditioning our hands.  The toughening of the weapons was originally practiced because combatants often wore some kind of body armor and the hands had to be like stone to be effective against them. Also, because their opponents were often armed, a one hit kill had to be developed. When facing a trained samurai with a katana one hit was probably all an unarmed combatant got. It was an all or nothing proposition.

Please, don’t get me wrong. I’m not advocating makiwara training that beats the hands into those types of weapons. That was then. This is now. Many of us suffer arthritis today because of those practices but if we insist on hitting with the fist some conditioning is necessary. Believe me, for the most part, the head is harder than the hand. Hit someone on the tip of the chin to achieve that picture perfect knock out and you’ll do your hand more damage than you will your opponent. I’ve been knocked unconscious and I’ve broken my hand. I got over the former quicker than the latter.   Aside from a little brain damage (according to family and friends) I was little the worse for wear from the knock out but I still feel the effects of the numerous breaks to my hand. If we are going to use the fist as a primary weapon some conditioning will be necessary, otherwise we’ll be developing techniques that we can’t really use. There’s a reason why boxers wrap their hands and wear gloves.

We have become more innovative in our teaching methods. We’re actually able to accomplish more in (slightly) less time. We have shied away from things like makiwara training and many of the more brutal and less effective teaching methods but we don’t want to ‘throw the baby out with the bath water’ as they used to say. Some of the training methods from ‘back in the day’ had merit and were tried and true. There is no easy way to learn a combative art. It’s going to stress the human body and it’s going to hurt. The adage, ‘no pain no gain’, definitely applies in the martial arts. This essay hasn’t been only about hand conditioning though I use it to illustrate a point. Everything new isn’t superior and everything old isn’t obsolete. Some of the old methods are still around because they achieve a purpose. As we teach and train we should evaluate the methods and tools that we use to increase the ability of our students and ourselves. We have to develop a balance of effectiveness and safety. Learning to defend yourself and ruining your health in the process is counterproductive but learning techniques that your body can’t accomplish safely is a waste of time. We have to be realistic and effective in our approach to combat.

Everything doesn’t have to be done the way it’s always been done just for tradition’s sake. Effectiveness in combat should always be the martial artist’s first concern. There are other ways of doing things. A palm heel to the chin is as effective as an uppercut (if not more so) and offers less chance to injury to the hand for instance.

I believe that as instructors we have to understand, our arts, combat and what we teach well enough to balance the old with the new; tradition with modernism. Though we embrace much of their philosophy or like to think we do, we aren’t samurai. Our needs and objectives are different. If we want to train in a traditional samurai art I can see no harm in it. It can be a great character builder while giving one a good physical and mental presence that it’s difficult to garner through modern sports. Still, in my opinion a combative art has to serve the needs of the people who practice it.

I was there’ back in the day’ but my predecessors were there ‘way back in the day, walking to school barefoot in the snow. Both ways.  I’m still trying to learn what they know.

Train hard and train realistically, my brethren and go with God.