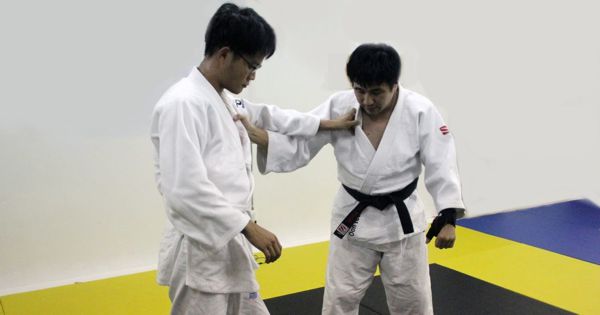 In order to truly understand the difference between the terms Ai-Yotsu and Kenka Yotsu, one should dismiss the definitions of so called right-handed and left-handed fighters. The rationale for this suggestion will become readily apparent later in this paper.

The following definitions of Ai-yotsu and Kenka Yotsu are more exact and would eliminate any misunderstanding in the mind of any student first exposed to these definitions.

In assigning this definition, somehow what was missed was the fact that two variables exist here. One is stance and the other is fighting methods. The definitions for Ai-Yotsu and Kenka Yotsu are based on stance only and are in no way related to how the players fight. This writer would go so far as to say that it is not possible to conclude how any given player would fight from either an Ai-Yotsu or Kenka Yotsu stance.

It is therefore suggested that the definitions of Ai-Yotsu and Kenka Yotsu as outlined in paragraph four of this article be used as the meaning of these two terms without regard to fighting methods.

Ronnie Colwell - October 1, 2013
We use cookies to ensure that we give you the best experience on our website. If you continue to use this site we will assume that you are happy with it.OkRead more