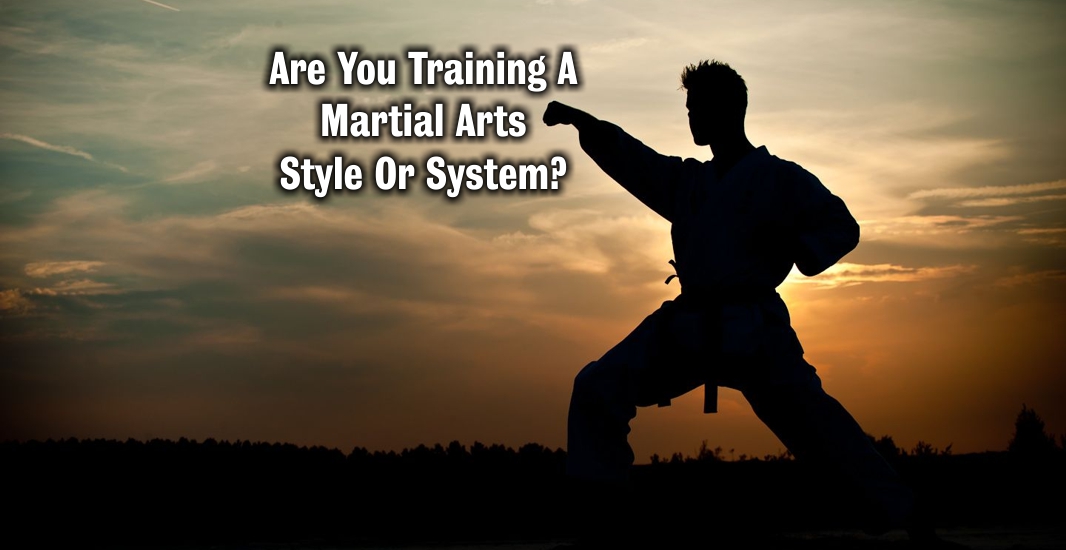 Current times discussions and written treatises on martial arts training often treat the terms “Style” and “System” as interchangeable, yet they are not at all synonymous. A style is a form that is distinctive and identifiable as an artistic expression with characteristics particular to the artist. In contrast, a system is a combination of intricately related elements organized into a complex whole that produces results far greater than the mathematical sum of its individual parts. A style could also be a system, but most are not. They reflect some of the attributes of a system, but are not complete.

A complete system is one that at all times adheres to a consistent philosophy yielding practical combat applications, practical training methodologies, and a complete science with principles, concepts, strategies, and tactics that do not allow the outcome of an engagement to be determined by luck. Every aspect of a complete system must be consistent with every other part. A system’s philosophy is what drives that consistency. Most martial arts studied today lack an overriding philosophy that guarantees consistency throughout training and application. They are best classified as styles rather than as systems.

Shaolin Temple Wing Chun, as trained by today’s Hung Fa Yi Wing Chun practitioners, is an example of a complete martial arts system. It has an overriding philosophy that keeps applications, methodologies, and employment of science consistent throughout training. Hung Fa Yi practitioner’s train every move at every level in exactly the same manner as they would use them on the battlefield. As a science, Wing Chun’s logic flow is crucial to maintaining its integrity. The sequence of learning must follow this logic flow closely. The philosophy that guides this sequence is called “Saam Mouh Kiu” and it is deeply rooted in Shaolin tradition.

Within the Southern Shaolin Wing Chun Tong was a place used to train called the Saam Mouh Dei meaning “Three Connecting Grounds”. There is a direct connection between this name and the three levels of reality practiced in Zen philosophy called Saam Mouh Kiu. These same three levels of Zen reality gave rise to Hung Fa Yi Wing Chun’s way of viewing combat in the framework of three connecting bridges, also called Saam Mouh Kiu. The key to unlocking Hung Fa Yi Wing Chun as a combat system is the Wing Chun Formula, and the key to understanding the formula is the concept of time and space. The key to properly approaching the concept of time and space is embracing the philosophy of Saam Mouh Kiu.

When a Wing Chun fighter is in combat he goes through a progression of Ng Jahn Chiuh Mihn Jeui Ying (5 Stages of combat). Within every stage of combat the fighter must recognize Saam Mouh Kiu at that particular moment in time. Saam Mouh Kiu as used in Wing Chun refers to three specific time frames. Sam Mouh Kiu is employed by a properly trained Wing Chun fighter to identify his opponent’s knowledge of time and space, and from that determine which strategies and tactics to employ to ensure the enemy’s self-destruction. Saam Mouh Kiu is used in conjunction with the Wing Chun Formula and is supported by scientific principles and concepts. Together, they enable the Wing Chun fighter to completely understand both his and his opponent’s strengths and weaknesses within the space and time of the confrontation. Saam Mouh Kiu as a Wing Chun concept posits that there are only three types of bridges, employing “time-frame” as the guide to which bridge is in play. This allows the Wing Chun practitioner to determine the time frame used in combat and to understand the true nature of that combat. Once the Wing Chun practitioner reaches a level of understanding Nature itself, this concept is no longer concerned with just techniques. It extends to his total interaction with the world around him. The Three connecting bridges of Saam Mouh Kiu are as follows:

As a martial artist are you training a “Style” or a “System”? Which bridge are you at now and where are you headed? Is your system complete enough to get you where you want to go? You will need to do some serious philosophical investigation to answer these questions. Hung Fay Yi’s “Saam Mouh Kiu” gives you one framework for beginning that investigation.