Korean winters are incredibly cold. The summers are hot and wet, and walking outside can feel like walking into a warm bath. That’s not to say it’s a bad place to visit. The spring is beautiful, and the florescence of cherry blossoms paint the country side a gorgeous shade of pink and orange. Dry dead bushes turn from churned twigs and mangled sticks into bright expositions of vivid green. The autumn is awesome too. Leaves cover the ground as they fall, and kids race to stomp and crunch them on their way to school. Walkways are sheltered by yellow, orange, and fiery red trees. Still, the winters are incredibly cold.

The harshness of the winter is why Koreans cherish the spring so much; after enduring the frigid temperatures, frozen sidewalks, and the piercing wind, springtime is a welcomed relief. My experience of these chilly winters was made easier thanks to modern heating, thick blankets, and my knock-off Northface jacket bought for ₩30,000 ($24.18) in Iteawon.

In ancient times winters meant a struggle for survival. A staple of Korean cuisine is kimchi- a product of these harsh Korean winters. The mountainous landscape made it hard to grow food, and in preparation for the winter ancient Koreans would ferment cabbage and bury it in the ground to keep it from fully freezing over. This became a much valued source of vegetables during the cold season. Over time, spices and flavors were added to turn this dish from a survival tactic to an essential part of almost every Korean meal.

Kimchi is just one example of the Korean ability to make the best out of a dire situation. It is in the Korean character to endure- to fight. Before embarking on a difficult situation, it is common to hear Koreans shout “FIGHTING!” as a way to bolster their spirits. These situations can be anything from taking a school exam to fighting in cage for Road FC. Once on a rafting trip through river rapids our Korean guide had us yell “Fighting!” every time we came up on a rapid, and then again after passing the white water.

Many people have used the metaphor of a fight to represent struggles in life. Ronda Rousey‘s book My Fight Your Fight centered on the idea that her life was a fight, and Chael Sonnen regularly refers to getting out of bed in the morning as a fight. But to Koreans fighting is not just a personal character trait that makes one tough or willing to endure- it is a cultural identity.

Being Korean is tough. To survive both as a sovereign nation and as a distinct cultural group, Koreans have had to fight. From the Mongol Invasions, to the Japanese occupation, to the civil war that split it into north and south, fighting drives Korean history. Not just militarily either.

Immediately following the Korean War, the south was left in an economic abyss. Stubbornly and tirelessly, South Koreans built one of the most influential nations on the globe in terms of technology and culture. The millions of people that watched “Gangnam Style” on Samsung and LG devices are a testament to how hard they’ve fought. So is the recognition of Tae Kwon Do as an Olympic sport practiced all over the planet.

From having to bury cabbage in the ground for survival to having the whole world doing an invisible horse dance, Koreans have come a long way. The ability to endure is more than a personal virtue to Koreans. Instead, it is a national ethos.

Chan Sung Jung’s aggression, Samsung’s rivalry with Apple, my friend Hyung Su’s fight with cancer,
and even the incredibly cold winters are all examples of how Koreans fight. Fighting is what is expected; fighting is Korean.

Gabriel Rodriguez is a Brown Belt in Brazilian Jiu Jitsu. He has been practicing the sport for over ten years, and he has trained with people around the globe. He often found that the culture and experiences of the places he visited reflected in their practice of martial arts. Through martial arts he has been able to connect with training partners and friends all over the world.

His journey as a martial artist began when he joined his high school wrestling team. There he learned the values of goal setting, grit, and respect for something bigger than himself. He soon joined a local Jiu Jitsu gym, and from there he found himself training Muay Thai in South East Asia, MMA in South Korea, and even teaching Jiu Jitsu in Australia.

He is forever grateful for the opportunities martial arts has awarded him. It is his goal to share those experiences and lessons with others, and to share his love and appreciation for the martial spirit. 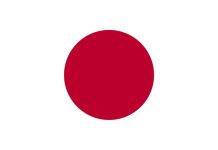 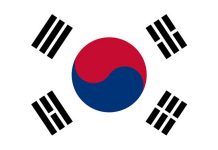 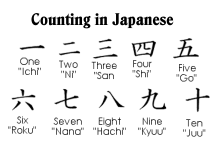