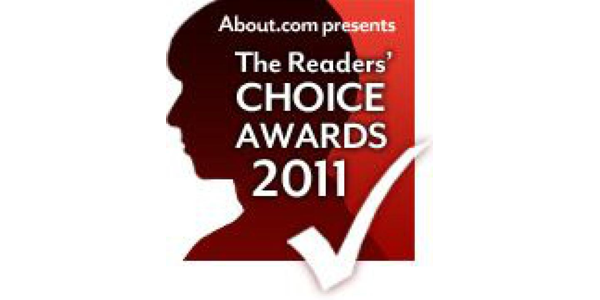 I wanted to let you know about a new awards program. It’s the About.com Readers Choice Awards, and it will showcase the best products, features and services in dozens of categories across all of About.com.

From January 13- February 4, 2011 I’ll be accepting nominations for the following categories at the Martial Arts Site for the About.com Readers Choice Awards

This is your chance to nominate products, schools, movies and books. Get the word out by letting martial artists everywhere know about the About.com Readers Choice Awards. Below is the link to the nominations page. Nominations will be accepted starting on January 13, 2011.

After nominations are cast, voting will run from Feb. 11 through March 8, 2011, with winners announced March 15, 2011. There’s no prize — just the bragging rights that come with getting recognized by the readers of a leading website owned by The New York Times Co.

To learn more about the overall awards program visit about.com. Let me know if you have any questions!