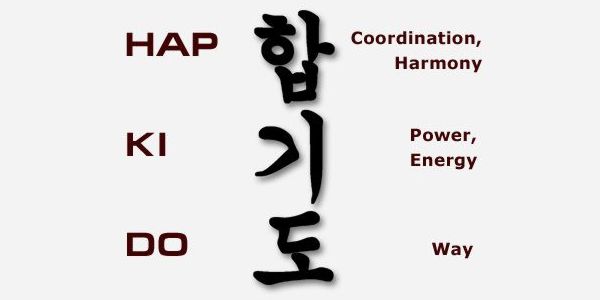 Hapkido means “the way of coordinated power”. Hap literally translated means coordination or harmony, Ki is the essence of power and Do means the art or the way. It is the name that was given to the traditional Korean art of Yu-Sol, after its techniques were developed and refined by Choi Yong Shul in the 1930’s. He added Aikido elements to Korean methods. All techniques are used for their practical self defense purposes. Since the style is predominately defensive, a practitioner generally allows an attacker to make the first move, thereby committing him or herself. originally a grappling and throwing art, it now includes a variety of strikes and kicks. Hapkido was introduced in the United States in the 1960’s and it has grown in popularity

Hapkido incorporates powerful and fluid kicking techniques; highly effective and flowing throwing techniques; and precise and sharp hand techniques. This concise and practical martial art is the result of a 1300 year pursuit of the Way.

Thirteen centuries ago, the land currently occupied by North and South Korea consisted of 3 kingdoms – Kokuryo, Paikche and Silla. The people of Kokuryo were known for their military and intellectual skills (head). The Silla were craftsmen (hands). The Paikche were agrarian (feet).

During this time it was felt that the security of many, lay in the strength of a select few.  This group of elite young nobleman developed “a way of life.”  This “way” was based upon adherence to a strict code of ethics and disciplined lifestyle dedicated to living in harmony with the natural laws of the universe. This group came to be known as Hwarangdo.

Wars and insurrections were a common part of everyday life. King Chin-Heung of Silla, in concert with the Mongols, succeeded in overthrowing the rulers of Kokuryo and Paikche. The remaining royalty of defeated Kokuyro and Paikche Kingdoms fled to the mountains or to the neighboring islands. One group of people from Kokuyro sailed to the Island of Hokkaido, while another group sailed from Paikche to Kyushu and established some of the first ancient settlements of Japan.

Those that fled to the mountains established monastic order and carried on their traditions in secret for the next 500 years. During this time devoted Monks practiced and refined their Martial skills. Many of the monasteries developed their own fighting styles and concepts. The most effective and devastating style was known as Tae Kyon, primarily a martial art of kicking.

The Japanese Army invaded and ruled Korea from 1910 through the end of World War II. During that period it was not uncommon for Korean families and treasures to be relocated to Japan. During the Japanese occupation a young boy, Yong Sul Choi, was sent to Japan. By the age of 9, Yong Sul Choi was alone and living with a group of Monks in a Buddhist temple. Shortly thereafter, it became apparent to the Monks that Yong Sul Choi was not suited for monastic life.

At this time many great warriors, in accordance with ancient traditions, undertook annual pilgrimages throughout Japan to improve their martial arts skills. During their travels they visited local temples to offer prayers and donations. One such warrior, Master Shokaku Takeda, paid regular visits to the monastery where Yong Sul Choi resided. During one of Master Takeda’s visits, the resident Monks, seeing an opportunity, beseeched Master Takeda to take the young Choi as a disciple.

Master Takeda was taught the art of swordsmanship by his Father and Grandfather. Master Takeda taught a weaponless martial art known as Daito-Ryu Aiki Jujitsu.  This art emphasized the use of joint locks, strikes and nerve attacks to neutralize an opponent.

Yong Sul Choi remained in Japan for 35 years training under Master Takeda. Near the end of World War II, Grand Master Choi returned to Korea and opened a small school in Taegu, the third largest city in Korea. He began training a small group of students informally.  Yong Sul Choi is credited with the founding of modern day Hapkido.