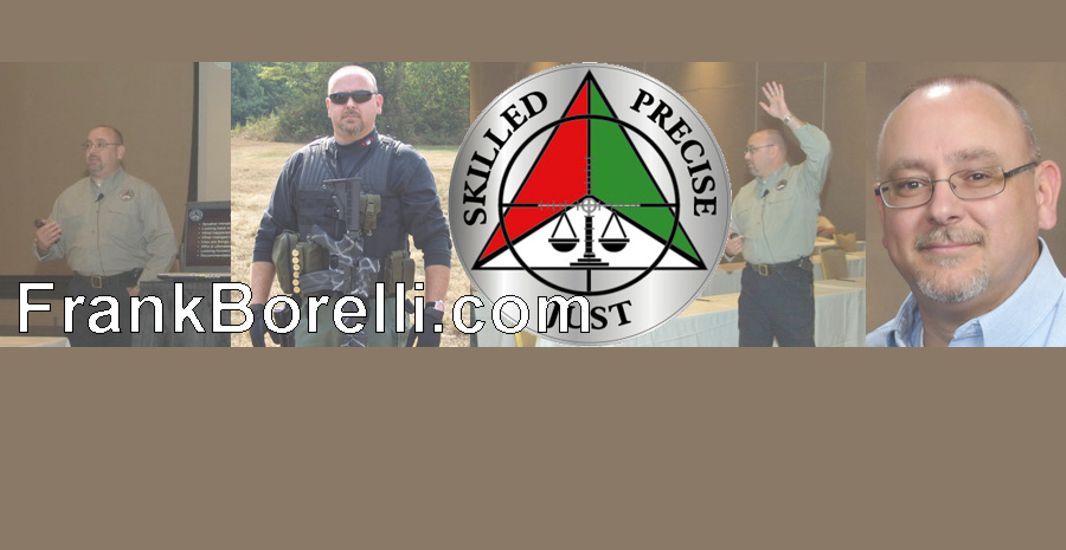 With the advent of Active Shooter Response Training that has developed in response to incidents like the Columbine High School shootings, the law enforcement community has come full circle. In response to critical incidents that the “average” cop was once called on to handle, Special Weapons And Tactics (SWAT) teams were developed. Alongside that development, police doctrine and training changed so that the patrol officer wasn’t required to handle hostage and barricade situations. “Surround and contain” became the patrol doctrine norm so that SWAT could be called out to work with negotiators in resolving the situation. With regard to incidents like the one at Columbine High School, the law enforcement community has had to evolve again to depend on patrol officers to take aggressive action to resolve deadly situations.Let’s take a look at some of the incidents that spawned SWAT teams and then those that have mandated a more aggressive response from patrol officers.

August 1, 1966: In Austin, Texas Charles Whitman, posing as a maintenance worker, rolls a footlocker into the clock tower building on the campus of the University of Texas. Whitman’s first victim (at the tower) was a maintenance worker that he murdered before taking up his position near the top of the tower. Trained to shoot by the United States Marine Corps and armed with a small arsenal which contained three rifles, a sawed off shotgun, two handguns and hundreds of rounds of ammunition, Whitman had planned a long siege as displayed by his also carrying up a five-gallon container of water and some sandwiches.

Whitman’s planning and execution actually started well before his arrival at the tower. He had murdered his mother by shooting her in the back of her head in her house and then he returned to his own residence where he stabbed his wife to death. At the clock tower Whitman showed no mercy as he killed 15 people, including an unborn child, and wounded another 31, some of which were as far as two blocks away. The incident was resolved by just two officers who entered the building via an underground passage and then climbed to Whitman’s position. As they advanced on Whitman he turned and fired at the officers both of which returned fire – one with a handgun, the other with a shotgun – killing Whitman and ending his murderous spree.

The “Texas Tower” incident served as the catalyst that spurred many police departments to begin the development of special teams to deal with these critical “out of the ordinary” incidents. Within a few years, the Watts Riot in Los Angeles would cause the LAPD leadership to realize that they needed a specialized response to uniquely dangerous situations. By 1971, LAPD had officers assigned full time to the SWAT detail.Across the country, agencies with enough personnel were performing similar actions. In the late sixties and early seventies, the police departments had a pool of recently discharged Vietnam Veterans – combat tested troops – that would form the core of some of the most effective SWAT teams as they grew.

The need for SWAT was proven time and again. In 1984 in San Ysidro, California, James Huberty went into a McDonald’s restaurant where he killed twenty-one people and injured eleven more.He was neutralized by a police sniper. In 1997 in North Hollywood, California, two suspects working together went on a robbery and shooting spree that wounded thirteen people. One of the suspects committed suicide while the SWAT team neutralized the other.

In April of 1999, two high school students went on a killing rampage in Littleton, Colorado at Columbine High School. Eric Harris and Dylan Klebold killed 13 people and injured another 35. Using four guns and more than 30 homemade explosive devices, the two students walked the school shooting freely until they committed suicide together. At approximately 12:30, about an hour after they had started, the killers were dead and the SWAT teams outside still didn’t even know how many shooters were involved. The patrol officers who had responded did exactly what they were trained to do: they surrounded the building and maintained a perimeter to wait for command authority and SWAT teams to arrive to handle the situation.

The Columbine High School incident, eventually to be called “the Pearl Harbor of Active Shooters” brought to the forefront the fact that police departments could no longer depend on the special skills, weapons and tactics of SWAT teams in resolving some incidents. The emotional and analytical aftermath of the Columbine High School killings has driven police departments across the nation to take a new approach: training patrol officers to specifically and efficiently deal with the Active Shooter scenario.

In the Columbine High School situation, and quite understandably so, some of the victims’ parents were upset that the first responding patrol officers waited outside while the shooting continued inside. From the parents’ point of view the police officers stood around in relative safety while the children were being killed and one teacher was bleeding to death. The truth was that those officers were doing exactly what they had been trained to do, and most probably exactly what their departmental policies dictated they do. No parent who has lost a child wants to hear about “training and policy”. They want to know what the police are going to different; what is going to be changed to stop this from happening again?

The answer is new training and policy sweeping across the nation to deal with “Active Shooters”. “Active Shooter” is defined as: Suspect(s) activity is immediately causing death and serious bodily injury. The activity is not contained and there is immediate risk of death or serious injury to potential victims. The Active Shooter scenario is dynamic, evolving very rapidly, and demands an immediate deployment of law enforcement resources to terminate the life threatening situation. “Immediate deployment” doesn’t usually apply to SWAT teams unless they are on the scene as the situation unfolds. Immediate deployment is more likely going to involve the first officers on the scene taking aggressive action to find and neutralize the Active Shooter(s).

That is not to say that all Active Shooter situations have to be resolved by the first responding officers. An Active Shooter can decide at any point to take a few hostages and “hole up” to try and negotiate for freedom or even simple survival. Once this transition to a static barricaded situation occurs, then a perimeter can be set up and SWAT deployment awaited. This is exactly what happened in Wilkinsburg, Pennsylvania in March of 2000. Ronald Taylor began as an Active Shooter in a restaurant, killing three and wounding three more, before he barricaded himself with five hostages in a senior center. At that point the situation became a static hostage situation and it was appropriate for the police on scene to secure a perimeter and let the negotiators and SWAT teams resolve the situation.

So, prior to 1966 and the basic birth of the SWAT concept, all situations were handled by whichever officers got there first and could formulate/execute a plan to deal with the incident. After the era of SWAT began, patrol officers weren’t required to be as aggressive and to assume such immediate risks as pursuing armed active gunmen into whatever environment they’d chosen to hunt that day. Almost forty years later we’ve reached a point where we now have to teach the “average” patrol officer that aggressive high-risk find-and-neutralize mission again.Not taking anything away from the value of SWAT, we’ve recognized that to wait for their deployment amounts to negligence in some circumstances.

Active Shooter programs have cropped up all over the country. They are being taught to agencies with as few as five members, and by agencies whose sworn members number in the thousands. Commercial training entities offer Active Shooter Instructor programs and they probably can’t schedule them often enough. What is making the demand so high for this training? The terrorist attacks of September 11, 2001. When foreign terrorists declared war on our country and killed thousands of our citizens, a new ugly reality slapped America in the face: there are people in the world willing to come to our shores and kill innocent citizens for reasons we will never understand or comprehend. Who are the most innocent? Our children.

As first responders to virtually every violent 911 call, our patrol officers might very well find themselves facing an Active Shooter who is a foreign terrorist armed with several weapons and more than willing to die for his/her cause. As those responsible to “protect and serve”, the first responders won’t be able to set up a perimeter and wait for the SWAT teams to arrive and resolve the situation.The first responders will have to aggressively close on the Active Shooter and neutralize him/her by arrest or termination.

While Columbine High School brought the need for Active Shooter training and policies to the forefront of the country’s consciousness, we have to recognize that the Active Shooter scenario can occur in any public place: malls, parks, business offices, schools, restaurants, etc. All of these places, where great numbers of people congregate, are targets for the Active Shooter: with that many people walking around, the Active Shooter has plenty to shoot at.Once he starts he’s not likely to stop until he is forced to cease by actions of the first responding police officers.

For these very reasons, all patrol officers should be receiving Active Shooter Resolution training even in the entrance level police-training curriculum. The training will be applicable to shooting situations such as the one at Columbine and in the event of terrorist attacks that take on this mode of operation. Further, as they play a role in Homeland Security, members of the National Guard and Coast Guard should also be receiving this Active Shooter training. While it’s similar to the “shoot and move” concepts taught in basic training to most soldiers, the mindset one must have is entirely different when you consider having to take these actions in public places on our own soil – places you’ve often visited and always considered relatively safe. It’s one thing to be taught to act this way during a war or foreign peacekeeping mission: it’s entirely different to think about doing it at your local mall.

So, as was said at the beginning, the law enforcement community has come full circle. The critical skills and special weapons of SWAT teams were developed to address unique challenges and they play a vital roll in crime fighting today. Now, with events such as the Columbine High School shootings and the terrorist attacks of Nine-Eleven part of our history, the police officers who patrol our streets are having to take on a new attitude and be willing to assume even greater risk to protect our citizens, our public places and our homeland.

For more information about available Active Shooter training, you can contact the National Tactical Officers’ Association or Strategos International to receive schedules of the training programs as they come available.What you can no longer afford to do is turn a blind eye to the need for this training and the policies necessary for officers to execute their duties as they respond to this challenge.

The Value of Light

Frank Borelli - January 7, 2010
We use cookies to ensure that we give you the best experience on our website. If you continue to use this site we will assume that you are happy with it.OkRead more