Home Japanese Jujutsu and Aikijujutsu Aikido: The Art of Peace 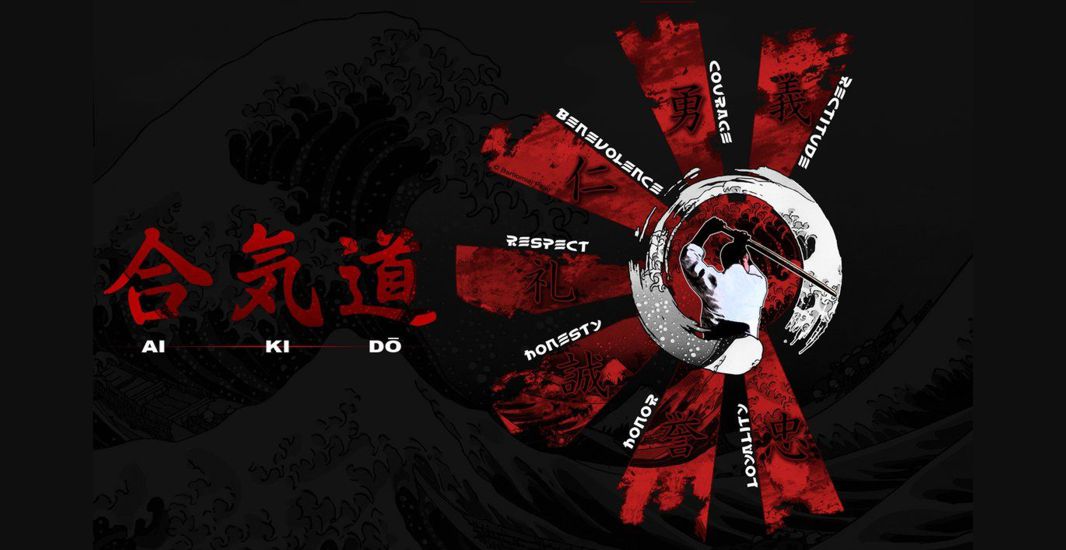 Aikido’s founder, Morihei Ueshiba, was born in Japan on December 14, 1883. As a boy, he often saw local thugs beat up his father for political reasons. He set out to make himself strong so that he could take revenge. He devoted himself to hard physical conditioning and eventually to the practice of martial arts, receiving certificates of mastery in several styles of jujitsu, fencing, and spear fighting. In spite of his impressive physical and martial capabilities, however, he felt very dissatisfied. He began delving into religions in hopes of finding a deeper significance to life, all the while continuing to pursue his studies of budo, or the martial arts. By combining his martial training with his religious and political ideologies, he created the modern martial art of aikido. Ueshiba decided on the name “aikido” in 1942 (before that he called his martial art “aikibudo” and “aikinomichi”).

On the technical side, aikido is rooted in several styles of jujitsu (from which modern judo is also derived), in particular daitoryu-(aiki) jujitsu, as well as sword and spear fighting arts. Oversimplifying somewhat, we may say that aikido takes the joint locks and throws from jujitsu and combines them with the body movements of sword and spear fighting. However, we must also realize that many aikido techniques are the result of Master Ueshiba’s own innovation.

On the religious side, Ueshiba was a devotee of one of Japan’s so-called “new religions,” Omotokyo. Omotokyo was (and is) part neo-shintoism, and part socio-political idealism. One goal of omotokyo has been the unification of all humanity in a single “heavenly kingdom on earth” where all religions would be united under the banner of omotokyo. It is impossible sufficiently to understand many of O-sensei’s writings and sayings without keeping the influence of Omotokyo firmly in mind.

Despite what many people think or claim, there is no unified philosophy of aikido. What there is, instead, is a disorganized and only partially coherent collection of religious, ethical, and metaphysical beliefs which are only more or less shared by aikidoists, and which are either transmitted by word of mouth or found in scattered publications about aikido.

Some examples: “Aikido is not a way to fight with or defeat enemies; it is a way to reconcile the world and make all human beings one family.” “The essence of aikido is the cultivation of ki (a vital force, internal power, mental/spiritual energy).” “The secret of aikido is to become one with the universe.” “Aikido is primarily a way to achieve physical and psychological self- mastery.” “The body is the concrete unification of the physical and spiritual created by the universe.” And so forth.

At the core of almost all philosophical interpretations of aikido, however, we may identify at least two fundamental threads:

Brett Denison - November 1, 2013
We use cookies to ensure that we give you the best experience on our website. If you continue to use this site we will assume that you are happy with it.OkRead more