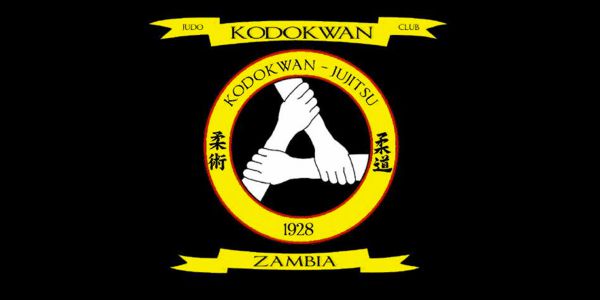 The fierceness of the Japanese warrior and his fighting arts have fascinated Westerners since the West came into contact with Japan more than 450 years ago. Yet not until the late nineteenth and early twentieth centuries, could the Westerns actually practice any of the Japanese martial arts.

Jujitsu was one of the first – perhaps even the very first – of these to be taught in the West. But soon Kano Jigoro’s judo begun to rapidly gain popularity in Japan. And in the west too, a number of jujitsu practitioners encouraged by their instructors, switched to Kano’s judo, which, although based on older jujitsu schools, was considered at the time a more ‘scientifically structured system”. Other Western jujitsu dojo’s went their own way, even incorporating Western ideas into their systems, thus laying the foundations for some of the modern jujitsu styles seen today.

Some of the oldest dojo in Europe had to change over to the more modern and popular judo to survive. This was what happened in the Kodokwan dojo, formed here in Africa in 1928, to some extent. At the time of its formation, the dojo only practiced jujitsu. But around the early 1940s the Kodokwan began to include judo practice in its dojo. The traditional Samurai Jujitsu of old was not merely a defensive art, and the curricula of jujitsu or jujitsu like schools comprised a very comprehensive range of tactics, equipping exponents to face a great variety of situations. In sharp contrast to techniques used in modern judo competitions, for example, classical jujitsu techniques were not designed to score points, but to be effective for increasing one’s chance of survival and allowing an opponent minimal opportunity to counterattack. Throws were applied in such a way that the combatant could break one or more limbs of an opponent before throwing him, usually after the opponent had been struck with atemi (body strikes) When the opponent was then dangling in midair he was jerked down in such a way that under optimal circumstances he would break his neck, or at least seriously injure his spine, possibly in a crippling injury.

There was no space for any mistake on the battle field when facing off an opponent engaged in combat jujitsu. It was a life or death situation. There were no rules or prohibited techniques on the battle field. Samurai on the battle field engaged in yori kumi–uchi, or grappling in armor, required super-quick reflexes, and the utmost self-confidence. Zanshin was at its peak in this situation of survival, for any slightest mistake in a off balanced posture and loss of concentration could result in death. Using Yori kumi-uchi was essential to effective grappling in armor, through this manner of lock up the warrior developed the balance, leverage, and mobility with which both to preserve his position then use atemi or kansetsu waza to break a limb and hurl his enemy to the ground, draw his short blade and plunge it into his adversary. A special blade, yori–doshi, was worn thrust through the sash at the right hip for this purpose.

For obvious reasons these techniques are prohibited in modern judo matches and even modern jujitsu. In judo, where the safety of one’s partner in training or competition is a very important issue, throws such as ippon seoi nage (one arm shoulder throw) are applied with the arm of uke (recipient of the force) in the junte position, for greater safety. An important characteristic of classical jujitsu is precisely that many throws are initiated with uke’s arm in gyakute position. There are also some types of throws in classical jujitsu in which both of uke’s arms are locked in gyakute position. This is not only much more dangerous, but also makes ukemi, or defensive measures, more difficult. In fact, when the techniques is executed correctly, ukemi becomes nearly impossible. Since the classical martial artist was not protected by rules when engaged in a fight, he needed very thorough knowledge of escaping and taking ukemi to survive throws that were applied with intention of maiming rather than scoring a point.

Ukemi often defined the “the art of falling” or better as ”the art of break falling” is the method of using shock-dispersing actions to avoid injury when falling or being thrown. However when a throw is executed correctly, with the intention and speed to maim or even kill, as was done in fights to the death, taking ukemi was extremely difficult, and the chances of coming out badly hurt were high. Therefore, it was better to escape just before being thrown. This was done by letting the opponent who was throwing think that he was already in control, and that he was going to be able to successfully execute his throw. Then in a split second before being thrown, the skilled jujitsuka would almost certainly attempt to use an escape technique and counter attack.
Since the alternative was death, some of these escapes techniques were of very extreme nature, even to sacrifice a hand or an elbow, or to dislocate a shoulder. An even more difficult and dangerous method required one to escape while being thrown. In practical terms, escape and ukemi were both matters of only a split second. A throw would seldom be finished as in a judo match where a point is awarded when a victim of the throw has landed on his back. In a classical battle field encounter, where points were of no consequence, nothing would be left to chance, a throw would be followed up with another technique.

Needless to say some jujitsu ryuha came to specialize in equipping exponents to escape throws just before the actions were initiated. Failure to remain on guard and to follow up on a throw could be very costly, as an opponent who had successfully escaped the devastating effect of a throw or had managed to take proper ukemi would almost certainly get up and counter attack. In traditional jujitsu there was no such thing as a “ prohibited move”. Tactics that could be employed included grappling (kumi), throw (nage), techniques for limiting the negative effect of a throw could cause to the body (ukemi), restraint (osae), locking the joints (kansetsu waza), chocking (shime waza), and attacking the vital points of the body (kyusho waza), with body strikes (atemi), such as kicking (keri), thrusting (tsuki), and hitting (uchi).

I have had the honor and privilege of watching these koryu ryha sensei demonstrate their jujitsu in Kyoto city, at the Kyoto-shi, koryu bujitsu enbukai (Kyoto city traditional martial arts demonstration meeting), where various koryu bujitsu schools from all over the country gather to demonstrate their skills. It is truly amazing to watch these old jujitsu sensei throw each around, and doing ukemi on the hard pine wood floors, without tatami mats! I even had the rare opportunity to train for a while under Sensei Arao 5th dan, of Tondabayashi city, Osaka. It was at this time that Sensei Arao, over 60 years of age, began training and “putting up with” me, the “Zambia kara no Musha shugyosha” (the austere trainer in warriorship, traveler from Zambia). Sensei Arao is a budo master in Tomiki Aikido and Daito ryu jujitsu. He practiced at the Tennoji Aikikan in down town Osaka.

I would like to thank Sensei Arao, as well all the sensei, senpai, and kohai in Takatsuki-shi, Tondabayashi–shi shimin taiku-kan budo dojo in Osaka, for putting up with the ”Zambia kara hen na no gaijin” (strange foreigner from Zambia) for all those years.