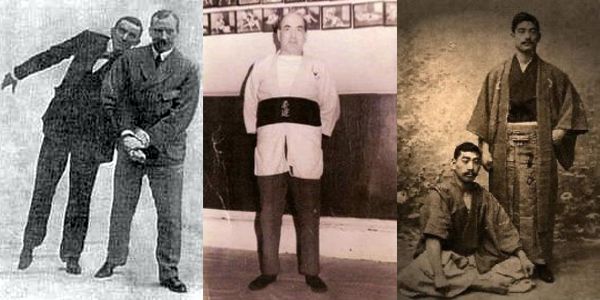 In this article we are going to take a look at the history of British JuJutsu outside of Edward W Barton-Wright. I want to introduce you to some real characters, which deserve their place in our nation’s martial history.

As the study of martial systems in the west matures and develops we encounter the phenomenon of the Historian. Historians throughout history have been guilty of putting an interpretation on the facts that A), suits the generation reading the history and B), the prejudices of the historian writing this history. To view it harshly the bad historians are a mixture of old spin doctor and propagandists, and thus tended to give, at best, a jaundiced view of the history of their time, not forgetting the established and vested interest of those who paid them.

Now I do admire historians who give a broad view and a researched account leaving room for the reader to make their own opinion and interpretation of the facts. However when dealing with the martial systems we seem to encounter amnesia. A national amnesia that means some histories don’t start until the middle 1950s in England and 1946/7 in Japan. It seems that all the Japanese masters suffered from this amnesia for over 30 years or so and woke up feeling refreshed and benevolent to all mankind.

Equally how very easy it is to forget martial practitioners in this country and write them out of history. Plenty as been written about Edward W Barton-Wright, and his activities, but more on him at a later date, as I wish to use this small space to introduce you to some real characters, which deserve their place in our nation’s martial history.

So let’s start in the year 1900. The year that held out so much promise and hope to the world as we entered a new century. There where so many larger than life characters who where early practitioners and adepts of what, at that time, was referred to as antagonistics. 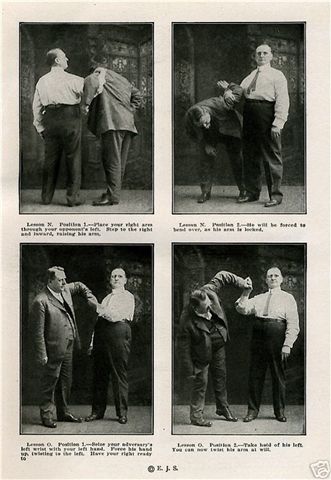 I intend to say a few words about those few I personally knew, however I am convinced that so many have been lost in time and forgotten and the Great War WW1 decimated society. But if you personally know of any of those early practitioners I would be more than delighted to hear from you. They deserve their place in our history and not to be written out by those with a vested interest in presenting “their history”.

I would first like to start with a famous instructor in the City of Liverpool, Jack Britten.

Jack was born in London and started his training in the Anglo-Japanese Jujitsu Institute in London, he was also a boxer who eared money fighting in the boxing booths at that time. He looked every inch a scraper. At the Anglo-Japanese Institute he studied under Yukio Tani, and Sadakazu Uyenishi, and other Japanese who stayed in London whilst in transit to other European capitals. In those days it was a practice to style oneself as Professor, this was quite common, hence Jack became known as Professor Jack Britten. 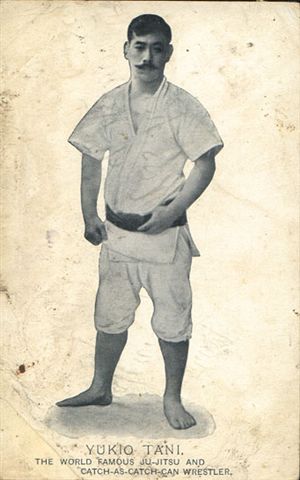 He fought in the first world war from 1914- 1918, and had many the story to tell of the unbelievable hardships and the hand to hand combat in trench warfare. He had a dreadful scar on his hand from warding off a bayonet! He nearly lost the hand due to infection after the blade had just missed the tendon.

With the end of the war in 1918 Jack eventually returned to London, alas as with so many of our brave fighting men who we sent out of the front door with flags and bands playing they came home through the back door, to a society changed forever. After 6 years of hell, these brave men where not the same boys that had left. So as with so many, Jack wandered the south of England looking for work.

Sometime in 1921 he came to Liverpool and opened a pet shop in Smithdown Place, and above which he established a JuJutsu School. Later in the 1930s he moved to Shiell Road, Kensington, Liverpool, taking over a very large house that had 5 tatami rooms. He’s dojo was called the Alpha School of Jujitsu, and until his death it remained a full time school teaching the same system he was taught by the first Japanese instructors. He did not go down the Kano Kodokan (Judo) road. As with many men in his position he was an instructor to a variety of constabularies. In the 1950’s, many of his students would go on to make their mark on Jujutsu and Karate.

Jonathan Kruger - January 30, 2017
We use cookies to ensure that we give you the best experience on our website. If you continue to use this site we will assume that you are happy with it.OkRead more