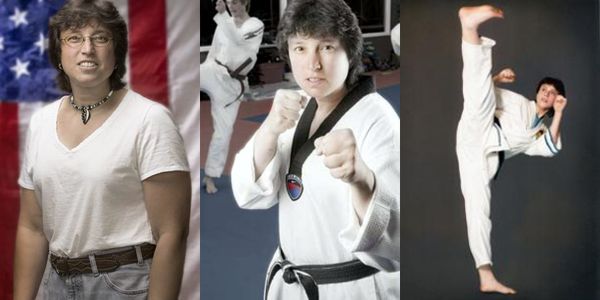 Arlene Limas is a 5th degree Black Belt in American Taekwondo. She has been studying the martial arts since she was 5 years old. She attended Walt Disney Magnet Grammar School, a school for gifted Chicago children, She graduated with honors. She then attended Whitney Young Magnet High School, recognized as one of the excellent academic programs in the nation. Arlene was an honor roll student for all four years and class Vice-President, recipient of the Citizenship Award and winner of the Carnation Company Scholarship for an “Education” essay. Arlene not only excelled in Academics but she also excelled in many sports including martial arts. She was “Most Valuable Player” for softball three years in a row, and was a Varsity member of tennis, basketball, and track & field. In addition to her sports activities Arlene managed to play Viola in the “All City” orchestra during her high school career.

Arlene graduated from De Paul University in the Spring of 1990 with a Bachelor Degree in Political Science and she was working toward a minor degree in athletic training. During summer breaks from college, Arlene worked as a Physical Education Coordinator for the University of Illinois NCAA summer sports program. She has also coordinated sports programs for the interest group “Concerned Hispanics.” 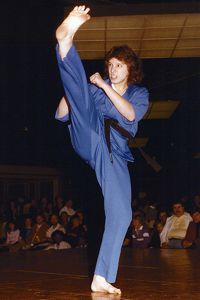 In May of 1993 Arlene opened her own school, Power Kix in Stafford, Virginia and within a little over 6 years she had 300 active students and strong, growing program.

In September 17, 1988, Arlene Limas made history when she became the first American, the first female to win a gold medal at the 24th Olympic Games in Seoul, Korea in the sport of Tae Kwon Do.

In addition to her 1988 Gold Medal, her credits included innumerable national, world and collegiate championships. Her record is an impressive one that rivals other world class athletes.