Dealing with Citizen complaints is not always easy, but treating irate citizens with respect and patience can help you stop serious trouble before it starts.

A complaint from a citizen usually comes to us in the form of a message or a comment from a supervisor. Either way, you probably take a deep sigh while at the same time shaking your head. As a 15-year supervisor, I have had to deal with myriad citizen complaints from the benign to the malign. Some of them I handled well, others not so well. Some of them even turned into a complaint about me as soon as I hung up the phone. So I know that one of the biggest favors you can do for yourself when dealing with complaints is to stop thinking negatively about the complaint and the person lodging it.You have to remember the complaint handler’s mantra: It’s not personal. though sometimes it can seem like it, a complaint is not you vs. them. A complaint is just someone’s negative interpretation of events, and it could have merit or not. 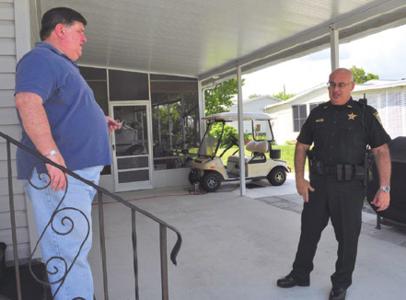 Once you realize that it’s not personal, complaint response becomes a process not a confrontation. The key to dealing with any complaint is showing respect. By respecting yourself and others, everything else will fall into place.

Understanding Complaints
A citizen’s complaint usually stems from a need that is not being met. If you think in these terms, handling a complaint becomes much easier.

You can show respect right from the start by trying to understand the other person’s viewpoint. Please don’t assume I automatically mean that you must agree with them. Understanding why the complaint is being made and agreeing with its merit are two different concepts.

One of the most common needs of a citizen who is lodging a complaint is that he or she needs to understand what is happening at the moment of police action. Remember that as officers we have been trained to do our jobs professionally.

We understand what we can and can’t do by way of standard operating procedures, laws, and other restrictions on our authority. Usually all the citizen knows is what he or she has seen on television, or worse, learned by way of urban myths.

Five Rules of Handling Citizen Complaints
*Dump your negative attitudes about complaints
*Remember, it’s not personal
*Treat people with respect
*Be in the moment with them
*See if you can use face-saving measures to your advantage

How many times have you heard, “But I thought it was legal if the knife blade was no bigger than three inches?” I would have to say the majority of the complaints I have handled as a road patrol supervisor falls into this category.

In a “why did you do that?” complaint, a simple explanation of procedure or the law is in order. This is not the time for short and concise. “Because I can” is never a
good answer.

I have handled complaints where the wind has been taken out of the complainant’s sails just because I took the time to explain the violation. Usually I get a “Really?

I didn’t know that” type of response. Now don’t get me wrong, the person complaining still might be mad but the complaint has no merit and that’s the end of it.

Don’t Blow Them Off
Once we had a woman call our office claiming that three hovering UFOs somehow killed seven of her chickens. She got angry because she felt that the responding officer did not take her call seriously.

We didn’t just blow her off though. We sent our Agriculture-Marine Unit for follow-
up, which included taking some of the dead chickens for testing. She was a respectable citizen with no signs of mental illness, and we think she may have seen an Air Force exercise that involved jets dropping flares and confused them
for UFOs.

Besides taking complaints seriously, another way of showing respect is by pointing them in the right direction. I was taught early in my career as a constitutional officer we were never to say, “I can’t help you.” (That’s not good for reelection).

Politics aside, your presence as an authority figure does help. I know of an agency where officers used to routinely tell people, “We don’t handle that,” and then leave. The citizens were left with a bad taste in their mouths. You better believe the next time they had contact with members of that agency, they were not as cooperative as before.

A better approach would be to guide them to a useful resource. This can be as simple as suggesting they seek legal counsel if involved in a civil dispute, for example.
Such advice may not be what they are looking for but you leave them with the impression
you tried to help them. There is a big difference between just walking away and helping somehow. It’s another form of showing respect for their problem.

Sa ving Fac e
Saving face is one way to limit the number of complaints you receive. Saving face
means helping someone keep their dignity or prestige. It’s yet another way you can
show respect.

Let’s say you go to a call that eventually leads to you making an arrest for a husband
striking his wife. There are young children involved who are watching your
every move.

Assuming the suspect is not violent and is cooperative, one thing you can do
is take him outside, away from the eyes of his children before you place handcuffs
on him. Or if his attitude is questionable, have the children taken to another room right in the beginning before you go hands on.

I have handled numerous complaints where officers forgot about saving face.

The complaint always started the same way, “I know he had to go to jail, but did you have to do it in front of the kids?”

I know it’s a cliché, but the Golden Rule applies here. Only with a twist: You need to treat people how you would want a member of your family to be treated. Since perception is reality, treating people with respect will go a long way in dealing with complaints.

How to Talk to People
People can tell if you care about their issues by the way you talk to them. Showing respect involves being there in the moment with them. That means using active listening and taking an honest interest in solving their problem.

I often use this example when I speak to probationary deputies in my platoon.

We can be assertive and yet respectful at the same time. It’s all the same whether we are talking on the phone or in person. Establish from the start that you are going to help resolve the complaint. Explain that you will help any way you can. Make sure that no matter how they act toward you that you maintain a steady controlled voice. If there is no two-way communication going on, you need to tell them they are going to have to work with you and not against you if they want their issue handled.

There is always a level of venting that takes place when dealing with irate
citizens. Only you can decide when it’s time to cut it off. If they continue berating
you, I recommend telling them you will only continue to speak to them after
they have calmed down. That may seem a bit harsh but if done professionally
no one should find fault with it.

Research shows that when people are in a heightened state of arousal,
they don’t hear you the same way as when they are not so stressed. Physiologically
speaking, you are wasting your time. It has been my experience that if they truly want my
help they eventually calm down and start speaking with me rather than at me.

There is one important point you have to adhere to when ceasing communication with angry complainants. If you do hang up or walk away, make sure you either call them back or go back by after a short while and ask if they still need your help. That way if they refuse, you have done what you can to help them resolve the complaint.

Amaury Murgado is a road patrol lieutenant with the Osceola County (Fla.) Sheriff’s Office. He is a retired master sergeant from the Army Reserve, has 23 years of law enforcement experience, and has been involved with martial arts for 37 years.

Best Practices: Effective Decision-Making Based on Defining the Problem