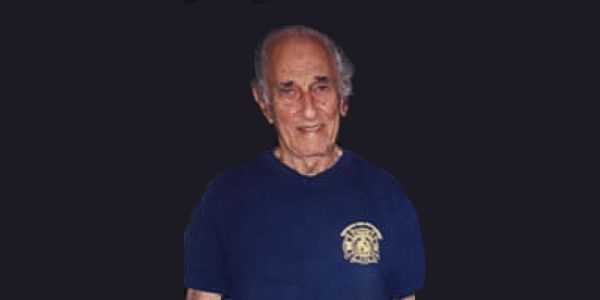 Bill Costa was born in Honolulu, Hawaii. He was an outstanding baseball player in high school and when he broke his ankle during a game, he was taken to emergency and later his coach, who knew Grandmaster Henry Okazaki, took him to Okazaki’s house to have his ankle looked it. His coach asks Grandmaster Okazaki if he would be able to play the following week in the championship game. Okazaki replied, “life”. He grabbed two woods and a claw hammer and Bill Costa was playing in the championship game the following week. Bill was so amazed at the healing that took place that he wanted to learn healing and massage from Grandmaster Okazaki. Grandmaster Okazaki asked Bill Costa to come and watch the jujitsu class, but Grandmaster Costa was not interested in jujitsu, he wanted to learn massage. Bill did study and learn to love jujitsu. He started training in jujitsu under Grandmaster’s Sig Kufferath and Bing Fai Lau in 1939; Grandmaster Bing Fai Lau suggested that Bill Costa come out to train four times a week and he did.