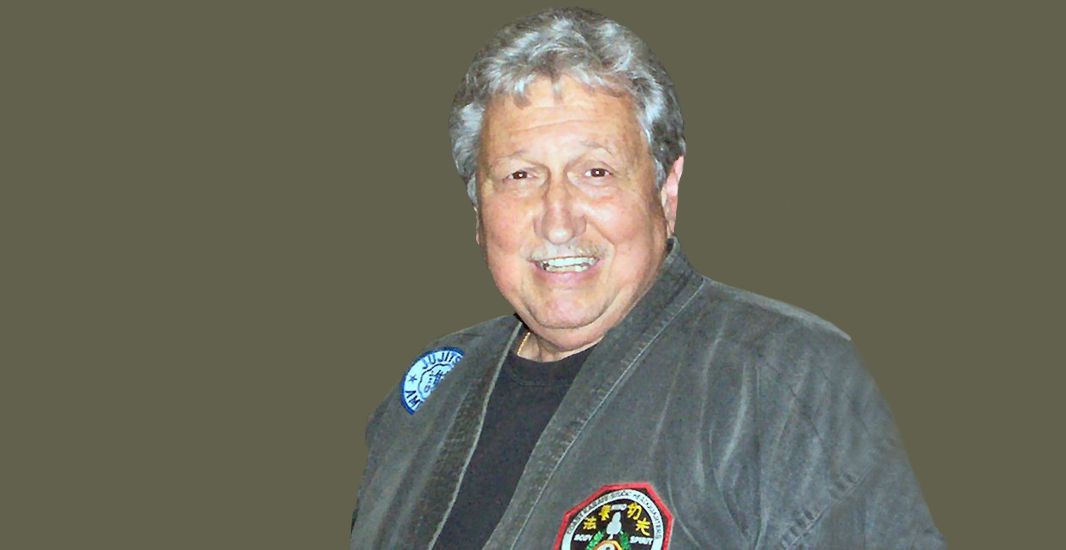 Grandmaster Bob Maschmeier, a direct student of the late Joe Halbuna, teaches Kajukenbo with a two-part philosophy: teach students to survive a street fight, and encourage them to explore other martial arts, looking for techniques which will make them better fighters. The emphasis on survival is primary in Kajukenbo, and in Maschmeier’s Coast Karate Studios.

“Anyone can learn to kick and punch, but to teach them how to survive in a violent street situation, you have to develop their animal instinct,” says Maschmeier.

The animal instinct is described as a feeling, one which Maschmeier conjures up for himself by imagining someone trying to injure one of his children.

“If you put together the martial artist’s knowledge of vital targets, how to strike, and the concentration of power combined with anger and rage at the thought of someone hurting your loved ones, the person can be a devastating fighting machine.”

Grandmaster Maschmeier points out that, at least in his school, he teaches the junior students differently than the adults. Children are still taught self-defense techniques, but the training to bring out the animal instinct is not emphasized.

The second factor of the Kajukenbo philosophy is the notion of taking what works and not being afraid to try other martial arts styles.

“I tell my students that I try to open doors for them, teaching them as much as I can, but also having them experience other forms of martial arts,” says Maschmeier, who regularly takes students to the annual Danzan-Ryu jujitsu camp. Maschmeier himself also studies Kyudo, the art of Japanese archery.

The goal of the variety is the ability to achieve one objective: surviving a street situation.

Winning A Street Fight
According to Grandmaster Maschmeier, there are several tactics that Kajukenbo teaches in order for the martial artist to win on the streets.

ANYTHING GOES: The first thing to remember is to do anything it takes to win. Even if you have to bite, scratch, and kick, there are no rules. You have to fight like an animal if necessary. The old phrase in the martial arts is “be humble,” but be humble only to a point. Be a person because you choose to be, not because you’re intimidated.

FIGHT FAST, FIGHT HARD: If you find yourself in a position where you have no other choice but to fight, do it fast and get it over with.

Grandmaster Maschmeier believes that if there is anything that makes Kajukenbo unique as a style, it is both the willingness of the style to evolve and grow, and the old Hawaiian idea of ohana or family. This means that if a person is a member of Kajukenbo, he is a member of the Kajukenbo family.

But ohana is only half of the Kajukenbo spirit. The other half is a fighter’s axiom–“Take the opponent out, and go home.”