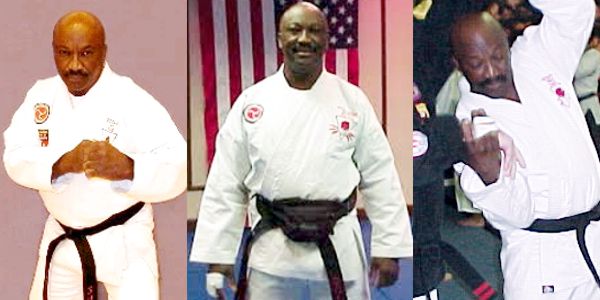 A 10th Degree Black Belt and Grandmaster in the art of Goju-Shorei Karate, Alexander Archie has been training in the martial arts since 1949.

He holds Masters Degrees in seven different styles of the martial arts:

Grandmaster “Archie”, as he is called, started his martial arts training in Kodakan Judo, studying under Sergeant Peterson at Nellis Air Force base in Las Vegas, Nevada. In 1954 he began training with Master Henry Yoda in Kodenkan Jujitsu and Kodakan Judo. After having competed in and winning a couple of local Judo tournaments, PFC Dale Hawkins introduced Grandmaster Archie to Goju-Ryu Karate.

In 1957, Mr. Archie branched off into Moo Duck Kwan TaeKwanDo under Moon Young Kim. From 1958 through 1967 Archie trained in several different styles of martial arts taught by various instructors including Mr. O’Brien, Mr. Roberto Martinez, Master Sanchez, and Mr. Reeves. In 1967 Archie began training in Chinese Kung Fu with Sifu Chuck Simpson. In 1968 Archie and Sifu Chuck Simpson attended a training session with Dr. Stanford McNeal in the art of Okinawan Shudokan Karate and they both became students of Dr. Stanford McNeal’s. Dr. McNeal became Mr. Archie’s very close friend as well as his instructor and Dr. McNeal is primarily responsible for Grandmaster Archie’s success in the world of karate tournaments.