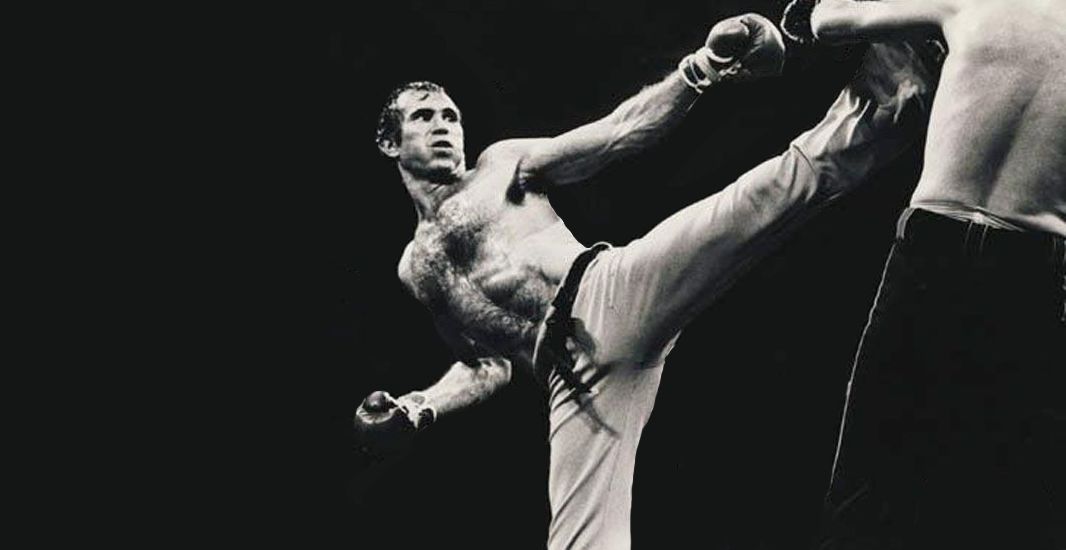 In my February 2004 column, I explained why it’s important to find a few techniques that work really well for you, which you can then polish and use in the ring. In this month’s installment, I will identify the three moves that I personally consider my surefire scoring techniques.

The backfist is my No. 1 technique in point sparring because it’s very safe to execute. It’s also very difficult for an opponent to block because it’s so fast. The backfist can be thrown from the same stance as the front-leg roundhouse and used both offensively and defensively. In the ring, anyplace the strike lands will score you a point. I don’t recommend that you use a backfist – or a jab, for that matter – if you’re close to your opponent. The technique will not be strong, and if the other guy moves in close while you’re trying to strike, he can come from underneath and clock you with a real strong counter of his own.

Next up is the front-leg roundhouse kick, a fine offensive technique and probably the easiest kick to execute. It’s also very deceptive. The best time to do it is when you’re moving into your opponent. Since your leg doesn’t have very far to travel to hit a target and it’s thrown from the side, you can fake it low or high. As you bounce up and down, you’re not covering any distance, and he’ll be busy trying to figure out what you’re doing. He won’t see you coming at him or know what your plan is until you blast him with the kick. You can also throw the technique several times in a row without losing your balance because the only thing you’ll have moved is your leg. And when the kick lands, there’s a definite, audible thump. Even judges who may not have seen you throw it will hear the noise and think, That sounds like a point to me. You shouldn’t use the front-leg roundhouse if your opponent is standing sideways. As you throw it to his body or his head, he can get you with a hook kick because you’re wide open to the side as soon as you extend your leg.

My final scoring technique is the front ridgehand, a great counter movement that’s primarily thrown to the chest, ribs and head. It’s executed with the inside edge of your hand where your thumb is, not the meaty part near the heel of the palm.

Unlike the backfist, the front ridgehand can be used when you’re standing close to your partner. You don’t want to throw it from too far away because if you have to reach out for the target, the other guy can counter your strike.

These three techniques can also be used effectively in combinations. A good sequence might include the backfist and front-leg roundhouse. For example, if your opponent assumes a fighting stance, holding his hands in front of his chest, you can throw several roundhouse kicks to his stomach. As he lowers his hands to protect his midsection, you can unleash a backfist to his unprotected head. The effectiveness of any technique depends on your distance from the target.

When you set up one of these moves perfectly, your opponent won’t be able to block or defend against it. Sparring isn’t just about throwing a technique; it’s also about defending against your opponent’s counter. For instance, if I know when I throw something what the other person has to do to hit me back, I feel confident because I know how to defend against that. Remember that if you can throw even one technique well offensively and defensively, it’s almost guaranteed that you will score.