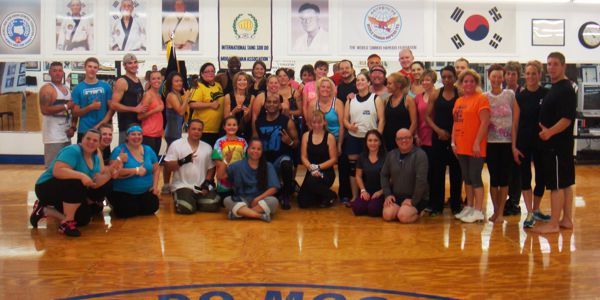 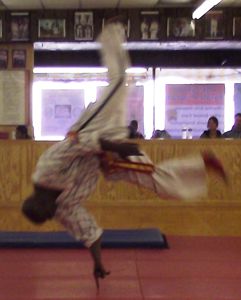 Grandmaster Blanks also accepted the director position for the Association as well as a board Director for the “Legends of the Martial Arts” Hall of Fame Awards which Grandmaster Eric Kovaleski is currently the president and movie sensation Grandmaster Cynthia Rothrock is the Vice President.

On Sunday, Blanks taught the 1st ever East Coast Tae Bo® seminar at Master Kovaleski’s Karate to a sold out crowd. Following the seminar Grandmaster Blanks hosted a Tae Bo® certification Camp which lasted from 2-11pm. Kovaleski states, “It was truly an honor and privilege to host and learn from such a humble martial arts legend like Master Blanks, he is truly amazing and inspiring!”

For those who missed out on the chance to meet Billy Blanks, he will be back in Dickson City January 17 to teach a “Rocking in the New Year” Tae Bo® Class as well as instructing a martial arts seminar alongside of Move Sensation Grandmaster Cynthia Rothrock on January 18-19, 2014 during a 2 day intensive Tang Soo Do Boot Camp. For more information on either event please contact Master Kovaleski’s Karate at 570-307-KICK. 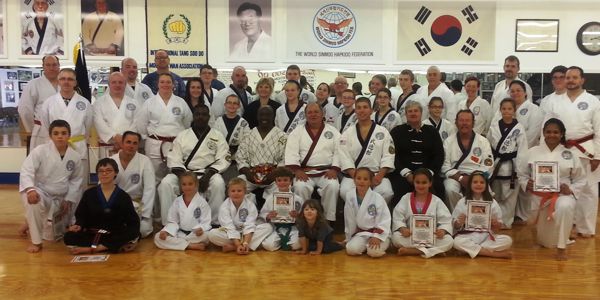 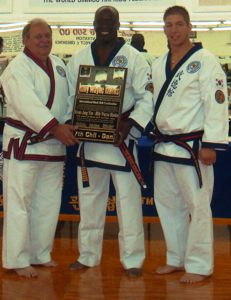 The ITMA is also proud to announce Grandmaster Billy Blanks as a new Director for the Association as well as the “Legends of the Martial Arts” Hall of Fame, alongside with President Master Eric Kovaleski and Vice President Grandmaster Cynthia Rothrock, martial arts movie sensation. Grandmasters Kovaleski, Rothrock and all Masters, Dans and members are proud and extremely honored to have Grandmaster Blanks as part of our family, Tang Soo!