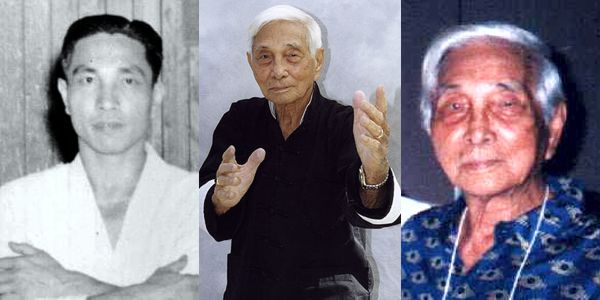 Bing Fai Lau was born in Chung Shan, Fu Jow, China on September 23, 1906. He left China for Hawaii in 1919 at the age of 13. A student at Iolani High School, he learned English and rose to become Valedictorian. Bing Fai Lau was also President of many respected community associations. He served Iolani High School in almost every capacity including accountant, business manager coach and athletic director. He also taught Chinese in the schools on Oahu and one of his young students was Wah-Lung or Wally Jay.

Grandmaster Bing Fai Lau studied the martial art of Jujitsu under Grandmaster Henry S. Okazaki, founder of Danzan Ryu Kodenkan Jujitsu in the 1930’s. His personal instructors were Sonny Chang and Charlie Wagner. Bing Fai Lau received his Shodan in 1941 and his Nidan and Mokuroku (instructor’s scroll) on November 3, 1942. During the 1940’s he was an instructor at the Kodenkan and Kaheka Lane dojos. His teaching partners included Sig Kufferath and Esther Azumi (Takamoto). His students included John Chow-Hoon, Kimo Hatchie and Sam S. Luke.

In his 1990’s Bing Fai Lau was still very active in the 1990’s. He taught various seminars and he also had a school in Waikiki. The last persons to study with Grandmaster Lau were Professor George Iversen, Professor Jaime Abregana Jr., and Professor Ronald Abregano.

Grandmaster Lau passed away on August 3, 1999. He was also one of the Senior Advisors for the Hawaii Martial Arts Society since 1998.