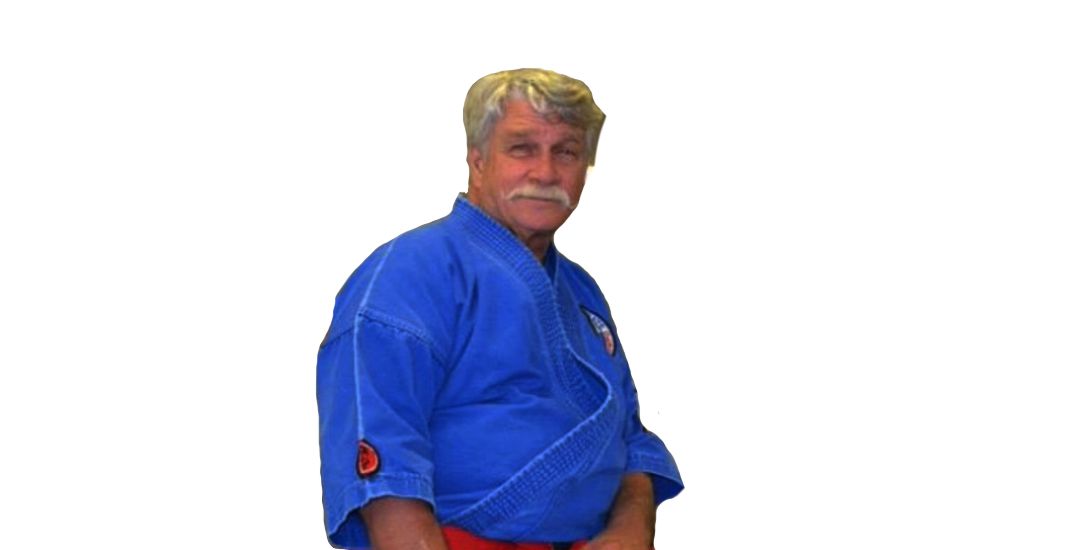 By Peter Thomson ~ It only took a few graphic demonstrations to make believers of any skeptics present during Jack Hogan’s martial arts seminar recently at the Quality Inn on International Drive.

Hogan, a seventh-degree black belt and a member of the World Martial Arts Hall of Fame, demonstrated the art of pressure point self-defense to a group of local karate students and curious onlookers June 5, 1993.

Hogan was introduced to the pressure point study eight years ago by George Dillman, a former U.S. Karate champion.

“I got to the point to where I was ready to turn over my school (in Jacksonville) to one of my students,” Hogan said. “I was getting tired of the repetition of block-kick-punch every night at my school.”

Then Hogan received a letter from Dillman explaining the pressure point techniques he had learned in the Orient.

“To be honest with you, I thought he was a nut case,” Hogan said. “But after learning from George, everything made so much sense.”

This martial arts discipline has met some substantial resistance from some karate schools and it is very controversial when one hears of the claims of ‘a one-punch knockout.’

Actually, it takes something considerably less than what one would classify as a punch. It also takes three, not one, strikes on a pressure point to subdue an assailant into unconsciousness.

Any non-believers in the audience, were quickly convinced.

Hogan demonstrated on a black belt student and within seconds had the victim in a near-comatose state with a mere three jabs at various pressure points on his body.

Judging from the effects of Hogan’s attack on three points, one can only take his word on what five pressure points would do.

Throughout the seminar, Hogan made it clear that this is not something to be practiced by the novice karate student. Knowing exactly how to revive a victim is crucial. Hogan demonstrated the equally important revival techniques on his victim, who needed some quick resuscitation to avoid lapsing deeper into unconsciousness.

The basic principles of pressure-points are directly related to acupuncture, something Hogan has studied the past eight years.

The disruption of the energy flow is what disables the victim.

“What I do is not a sport,” Hogan added. “It is self-defense – it was created to save your life.

“Remember that this was a killing art centuries ago (in Japan). We are now watering it down to a knockout art.”

Hogan’s main theory behind the self-defense is that it will take one punch for him to stop any perpetrator. Whereas the attacker would have to beat him up with a much greater number of blows.

When asked how he would handle a potential assailant that was carrying a firearm, Hogan playfully went into his karate stance, and with a smile, handed over his wallet from his back pocket.

USAdojo - June 16, 2012
We use cookies to ensure that we give you the best experience on our website. If you continue to use this site we will assume that you are happy with it.OkRead more