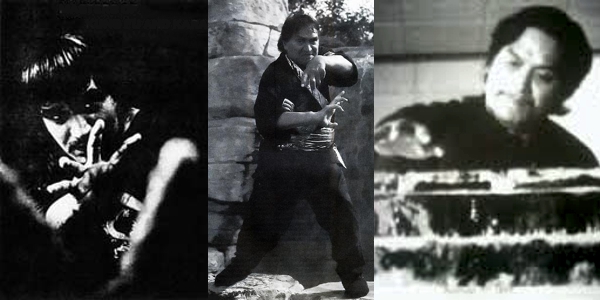 With the passing of one of his relatives some time around 1972, an uncle, who was either a blood relative or Kung-Fu relative, Dr. Pai inherited the rank and title of Grandmaster in his family’s Kung-Fu Method (Pai-Lung Ch’uan-Fa). In the early 1970’s, Dr. Pai formed the “Pai-Lum Association.” During these early days, he also served as chief instructor for both the USKA, Chinese Kempo Division, and the Canadian Fire Dragon Association while also serving on the board of directors for the East Coast Karate Federation. During this era there were over 2400 students in fifty plus “Pai-Lum” and “Fire Dragon” schools operating in North America.

In the mid 1970’s the U.S. White Dragon Martial Arts Society was formed and produced a team that, on July 4, 1976, was awarded a Certificate of Merit for superb achievement during the Kuo-Shu demonstrations held in Taipei, Republic of China, by Tsai Hung-Wen, president of the Kuo-Shu Federation. Dr. Pai’s team participated in the 2nd World Kuo-Shu Tournament in 1978 inTaipei, ROC., leading to Dr. Pai’s being appointed “Delegate at Large” for the Chinese Kuo-Shu Worldwide Promotion Association (CKWPA).

The 3rd World Kuo-Shu Tournament was organized by Daniel K. Pai and was held in 1980 in Hawaii, USA. In 1983, Dr. Pai’s U.S. team, participated in the 4th World Kuo-Shu Tournament (Taipei, ROC.). On November 10 of that year he was elected as Vice president of the 2nd executive board of the CKWPA. In 1984 Dr. Pai organized, and served as President, of the CKWPA-USA Branch.

During the summer of 1989, Dr. Pai organized and hosted the 6th World Kuo-Shu Tournament in Las Vegas, Nevada, USA. This was the last Major Kuo-Shu event Dr Pai personally oversaw during his tenure as President of the International Chinese Kuo-Shu Federation – U.S.A (formerly CKWPA-USA) as his tenure came to an end in late 1990.

In 1993, with Dr. Pai’s passing, the arts of the Pai Family were being spread, in many variations, by his senior students both 2nd generation and 3rd generation students.

#There is no proof of a “White Lotus” monastery on Okinawa. Or of a monk named Okamura. However, this is the oral history as handed down to us.

Teruo Chinen: An Ancient Man in a Modern World

USAdojo - August 20, 2005
We use cookies to ensure that we give you the best experience on our website. If you continue to use this site we will assume that you are happy with it.OkRead more